The Rockies have had over two feet of snow fall on them this week. Before the cold weather started, Jay Mills and friends climbed a number of new long moderates in and around Banff.

Mills then climbed a new route on EEOR near Canmore. It is a 200-metre 5.10 called Retro Camming which he does not recommend.

Mills headed back to Mount Cory and climbed two new routes. One crosses Kallen’s and Pullan’s route Niagara on the Bow 5.9 250 metres and takes a left facing corner. He called the route Cory’s Bloody Gash 5.10 255 metres and climbed it with Chris Volkart. Mills then teamed up with Eammon Walsh and climbed a new route from pitch two of Cory’s Groove directly up a nice face. Mills called the route Hoover Corner 5.10b 370 metres and said, “It has perhaps the best pitch of limestone I’ve climb.” Mills added that Mike Verway and Steve Holeczi climbed a new route on the same day near The Zebra, no details as of yet. 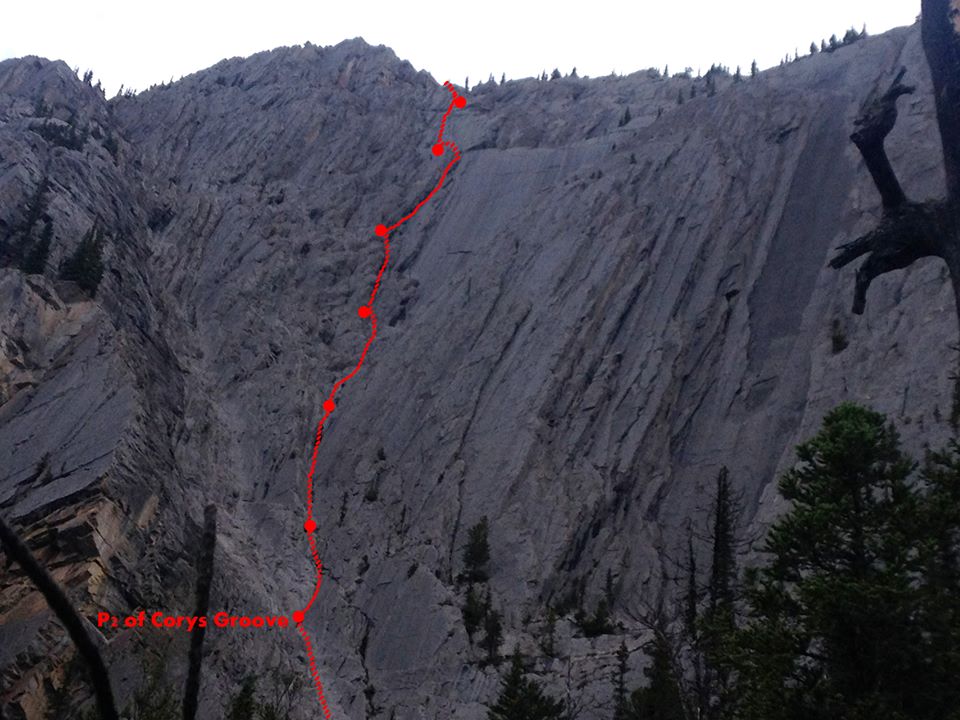 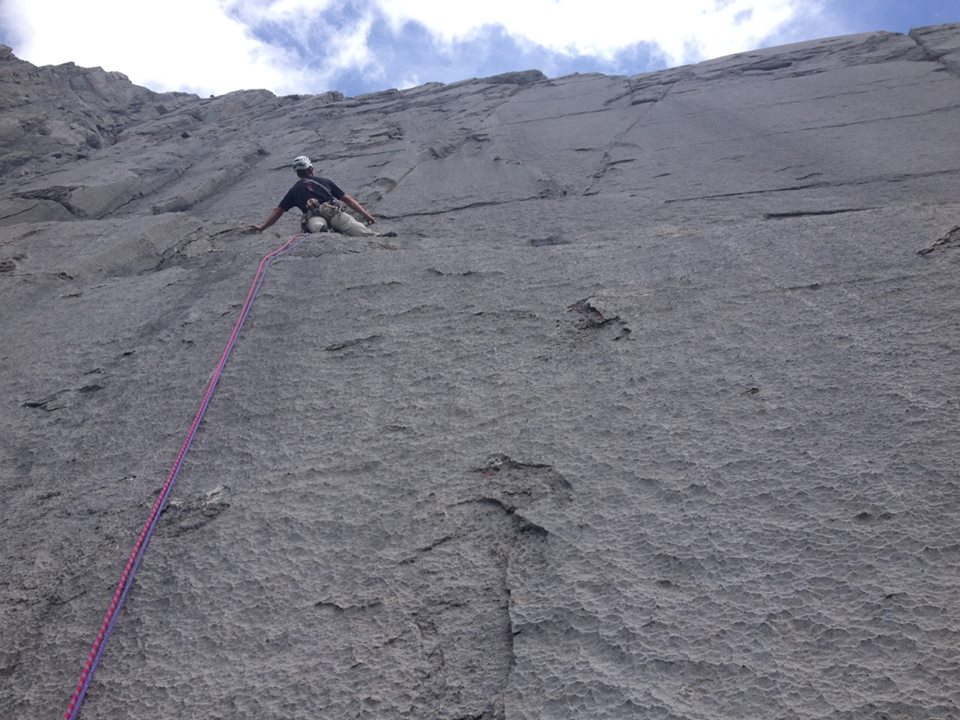 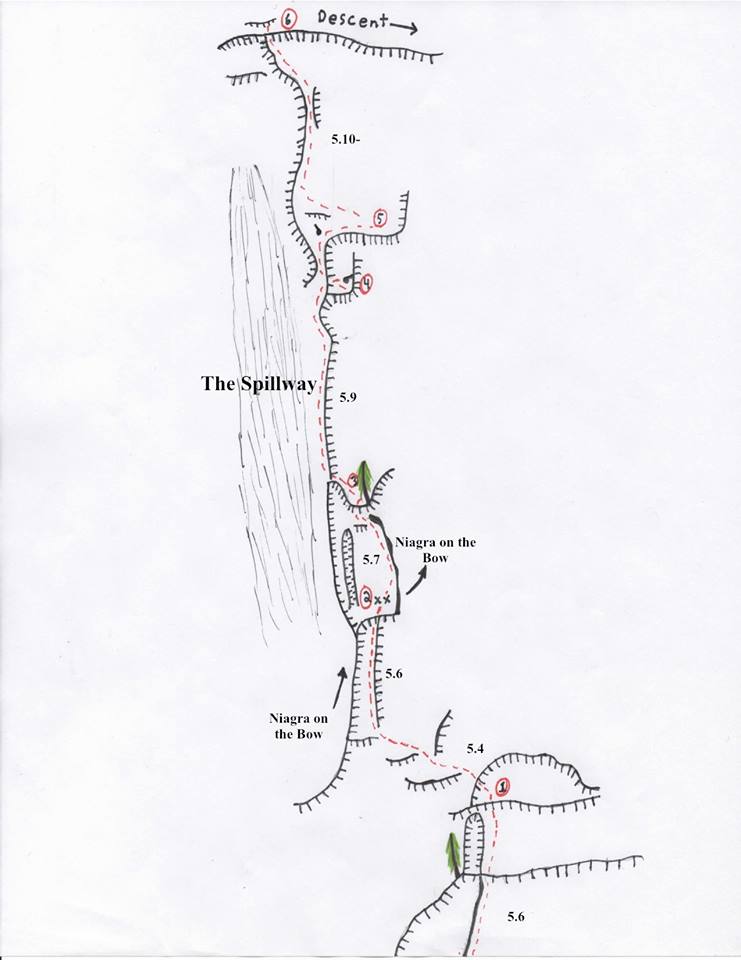 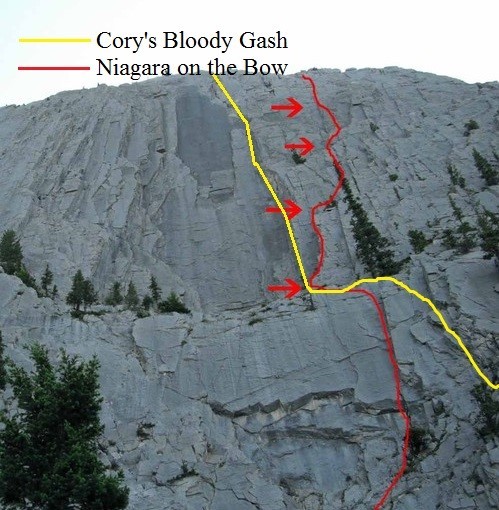 Cory's Bloody Gas and Niagara on the Bow 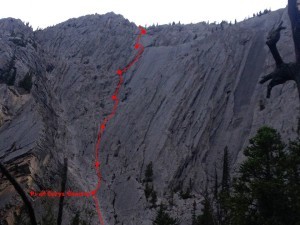 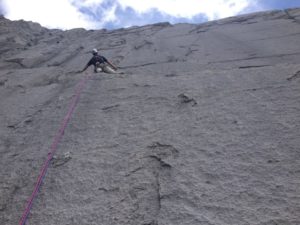 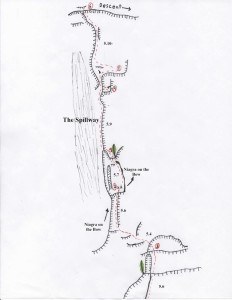 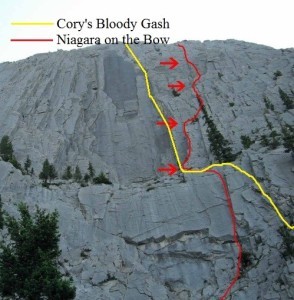