A new online topo has been published by Chris Small, who has been busy working with other to clean and climb a new crag called Marc-Andre’s Wall.

The wall is found in Murrin Park between the Petrifying Wall and Cereal Killers crag.

The east-facing wall is easy to find, requires a standard rack of gear and has a number of “bold and thoughtful” routes.

Red Rocket is a 5.11- trad route that requires gear to two inches, a purple Metolius micro-cam and small wires. It was first climbed in May by Leclerc’s partner Brette Harrington.

The Red Rocket was Leclerc’s first car, a red Suzuki Sidekick. For the majority of Leclerc’s climbing career, he lacked wheels making his climbs even more difficult logistically.

Shelob’s Web is a gear-protected 5.11b first climbed by Harrington. Shelob was Lelcerc’s childhood pet tarantula.

Foxy Roxy is a bolted 5.12b climbed first by Harrington. “Small but fierce, like Lecler’cs pet Jack Russel terrier.

Past Lives is a 5.11b first climbed by Kieran Brownie that follows bolts a a rhino-like horn you sling.

The Stairwell is a 5.11a bolted route first climbed by Kieran Brownie. Lelcerc’s most famous Squamish living arrangement was his stairwell “room” in the Maple House.

“It was cheap; which left him money for more important things like chocolate macadamia nut cookies, cinnamon buns, and beers,” said Small.

As of now, there are about seven routes/variations, including a burly 5.12. Visit here for the topo. 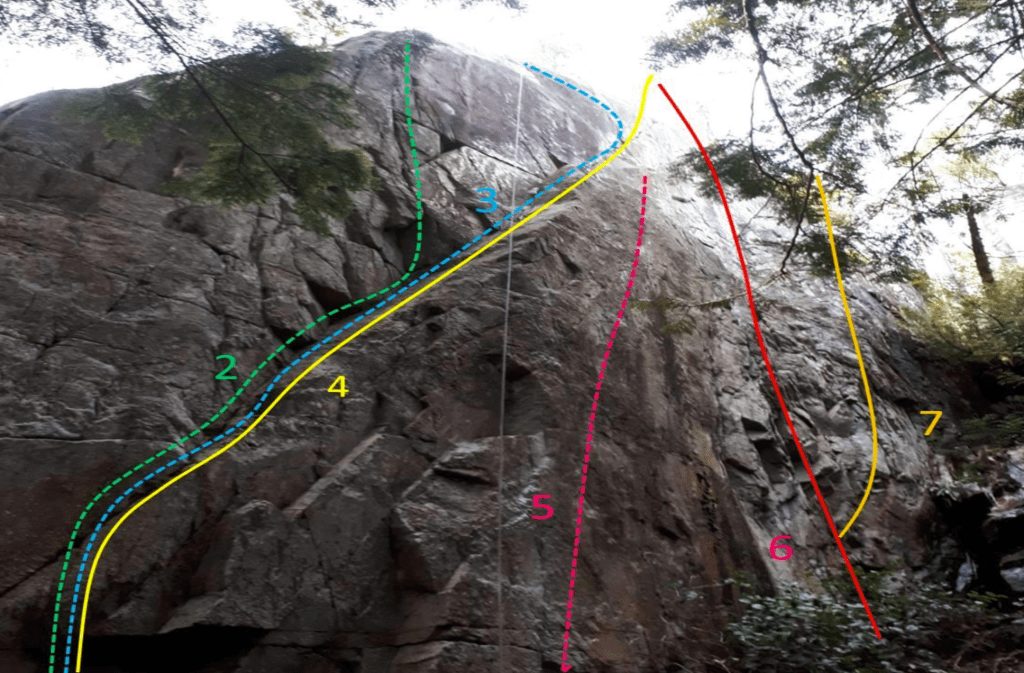