Once upon time there were two influences in the world of climbing known as Kurt Albert and Wolfgang Gullich, unique to the times they pushed the limits of possibility.

The two made quite the partnership with their greatest legacy being the myriad of routes they opened together, taking their experience and strength far beyond the local cliffs and into the mountains and alpine, leaving a legacy of routes for the rest of us to follow. 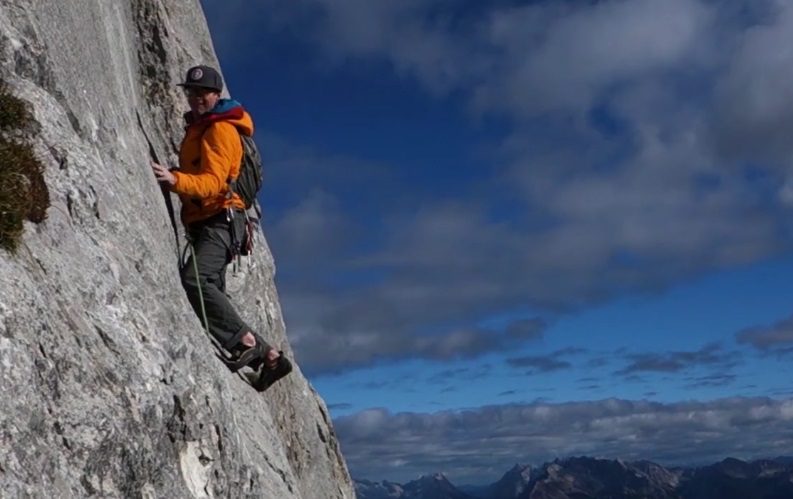 On a February morning in 2016 as Katie Lambert rummaged through the contents of a box of her husband Ben Ditto’s old climbing media from the 1990s she came across an image of Heinz Zak climbing a beautiful line of alpine limestone called Locker vom Hocker.

Many adventures have been inspired by younger climbers looking through old magazines and finding inspiring routes from their peers.

Her interest was piqued and when she discovered it was established by by Albert and Gullich, making it the first German grade VIII in the Wetterstein (limestone alps) of Austria, she knew the two of them had to climb it.

Several months later, inspired by a photograph, and with tickets in hand Ditto and Lambert ventured into Bavaria to seek an adventure and what they found was the stuff legends are made of.