Patagonia Provisions, in partnership with Hopworks Urban Brewery (HUB) in Portland, has just released Long Root Wit, a classic Belgian-style wit beer made with organic ingredients and Kernza perennial grain. Looking for solutions to repair our food systems, this second release in the lineup of Provisions’ Long Root beers represents another step towards transforming agricultural practices and supporting sustainable farming.

In 2016, Patagonia Provisions’ partners at The Land Institute in Salina, Kansas made a breakthrough in organic regenerative agriculture with Kernza, the perennial grain used in Patagonia Provisions’ inaugural beer Long Root Pale Ale. Released in October 2016, it was the first commercially available beer made with Kernza. Kernza is ideally suited for organic regenerative agriculture. Its long roots and perennial growth allow it to thrive without pesticides and use less water than conventional wheat while helping to reduce erosion and remove more carbon from the atmosphere. And it just so happens to make delicious beer.

Patagonia Provisions believes the future of farming, and our planet, lies in regenerative organic agriculture – a practice that restores soil biodiversity, sequesters carbon and grows crops all without chemical fertilizers or pesticides. In early 2018, Patagonia, along with Patagonia Provisions, Rodale Institute, Dr. Bronner’s, and others launched the Regenerative Organic Certification (ROC) outlining robust, high-bar standards for ensuring soil health and animal and worker welfare. Long Root Wit is Provisions’ latest example of taking steps towards this goal.

A post shared by Patagonia Provisions (@patagoniaprovisions) on Mar 22, 2019 at 5:29pm PDT

“I am very excited to introduce our second beer made with Kernza,” says Birgit Cameron, managing director of Patagonia Provisions. “Through Wes Jackson’s pioneering work at The Land Institute, Patagonia Provisions has been able to help bring this important regenerative perennial grain to the forefront with the hope that others take notice and implement similar practices. Beer is the perfect vehicle for this and a delicious byproduct of our collaborative work in regenerative agricultural practices.”

A refreshing, very drinkable low ABV (4.9%) witbier, Long Root Wit is made with organic wheat, two-row barley from Oregon’s Klamath Falls, and Northwest hops. Flavors of honey, crisp apple, Valencia orange, and pink peppercorn shine while subtle aromas of pear, coriander, marmalade, and toast round out this après-sport beer; and the addition of 15% Kernza adds a slight spiciness. Long Root Wit is produced with Hard Red Wheat from HUB’s certified organic wheat family farm on the San Juan Islands off the coast of Washington state.

Patagonia Provisions chose Hopworks Urban Brewery to create its Long Root beers due to its strong commitment to organics and sustainable brewing practices. Hopworks, experts in organic beer, is a B Corporation and is on a mission to revolutionize the brewing industry for the better.

Long Root Wit will be available in 12-oz cans in select Whole Food Markets and other independent grocers in California, Colorado, Oregon and Washington. See here to find out where you can buy the new beer. A perfect post-climb beverage. 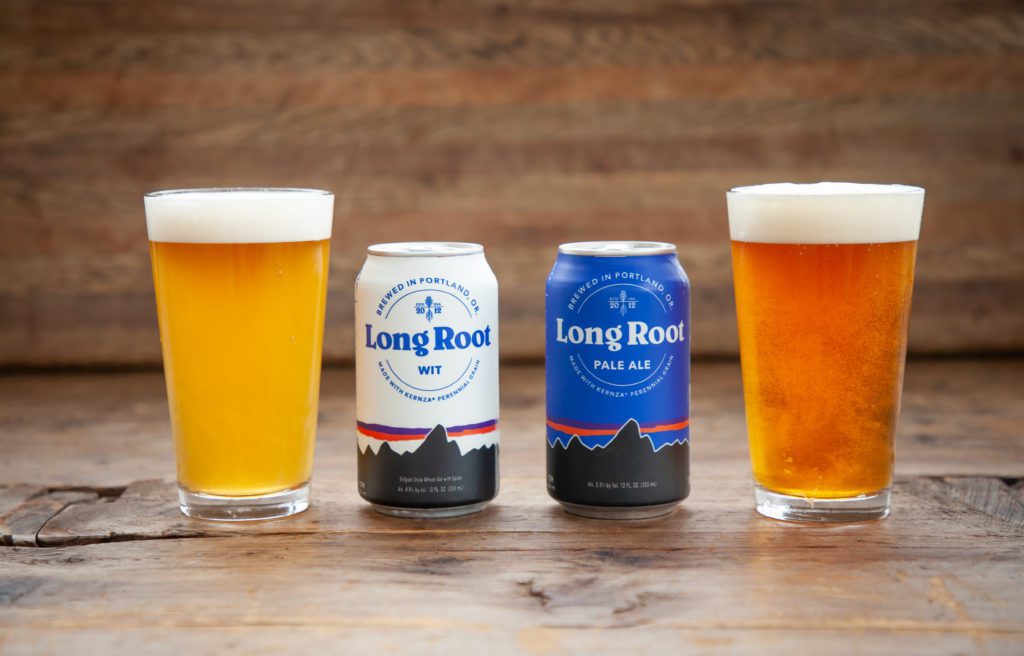