It took 28 rescue workers to reach the ledge where the 19-year-old was.

Frappier contacted park rangers with his cellphone Tuesday night, telling them he got stuck on Broadway Ledge as he was descending from the summit of Longs Peak. Frappier was separated from his friend during their descent.

“He is in an extremely precarious location on the east face of Longs Peak at roughly 4,000 m. Frappier did not report any injuries but indicated he could not go up or down,” officials from the Rocky Mountain National Park said in a statement.

“Fortunately there was no moisture overnight.…The young man is reported to be physically fit, but has no technical climbing equipment and is an inexperienced mountaineer. He was not prepared to spend the night,” the statement said.

Frappier said he knew a helicopter was on its way, but at one point lost hope, “it was terrible because at first I thought that it was just turning around and around and never coming back,” he said. 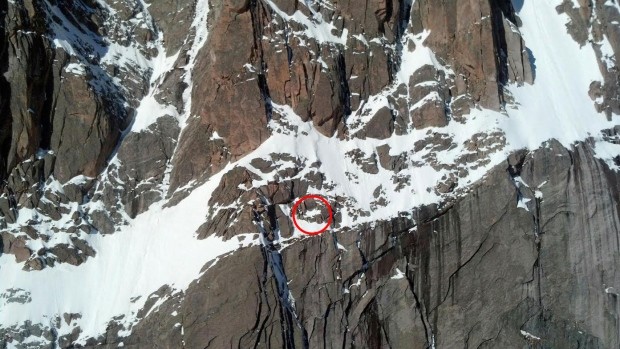