Over 100 people arrived to participate on Aug. 24 in Rampage Bouldering at the Grand Wall Boulders.

Story and photos by Drew Copeland

“It’s the first ever bouldering competition of this scale in Squamish and we’ll try to do it on a yearly basis,” said event organizer Joe Wong.

Boulderers were psyched on the dual purpose of climbing and contributing to a charity that gets kids out climbing. Rampage was put on by the Vancouver Rock Climbing Group with the aim of promoting climbing and of generating awareness for the Climbing and Conquer Society Canada—an organization started by Joe and a few other Vancouver Climbers in 2011.

One hundred participants turned out on August 24 to climb in the Grand Wall Boulders. The event was structured as a competition, with no finals, and scoring was done on the honour system. “It’s really about getting the climbers to have fun,” said Joe.

Diana Walter and David Echeverri are regulars at The Hive bouldering gym in Vancouver and get up to Squamish every sunny weekend.

“Competitions are usually indoor because the people who climb outdoor are anti-comps so this kind of blends the two mentalities together. We are donating to a cause and we get out of the gym.”
said David, who took home third place in men’s open.

“It forces you to try harder because you have the time constraint, you have to find the problems fast, you find where people are to get the beta. You kind of solve the problems in community.”

“It’s a good way for us to to explore and check out the bouldering scene,” added Diana.

There was also a prize awarded for the top three consumers of hamburgers from the barbecue.

The Climbing and Conquer Society Canada presently facilitates climbing for 200 youth in the Vancouver area. 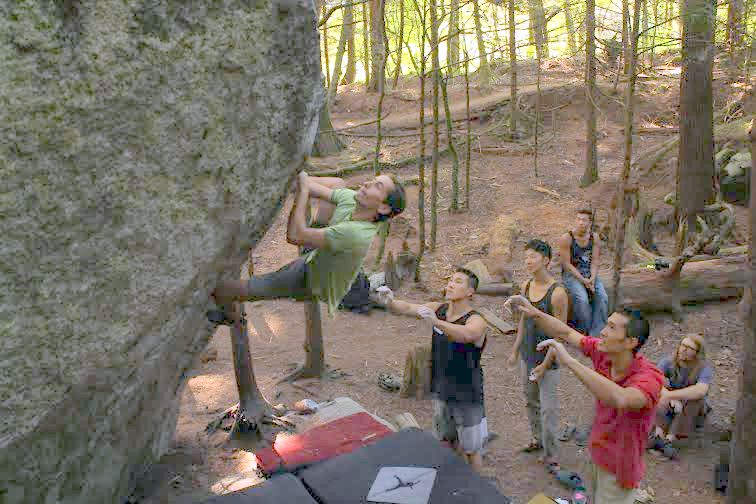 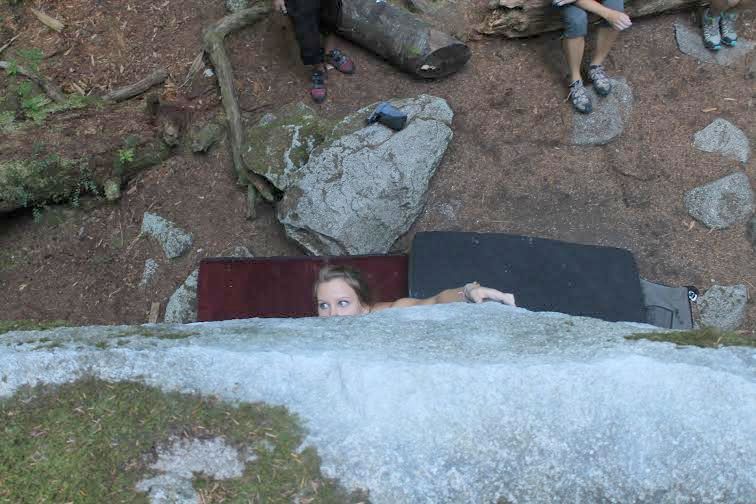 Jennifer Wiebracht on Made in the Shade V1 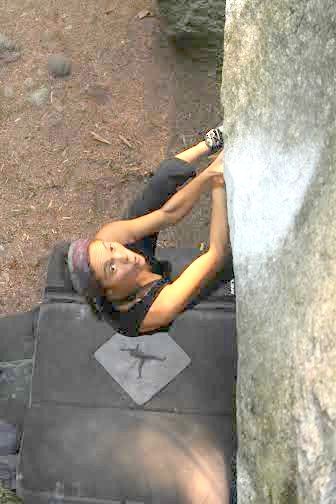 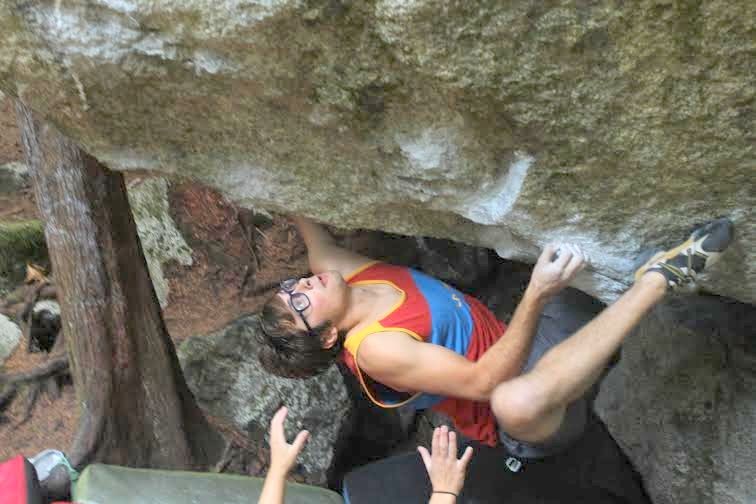 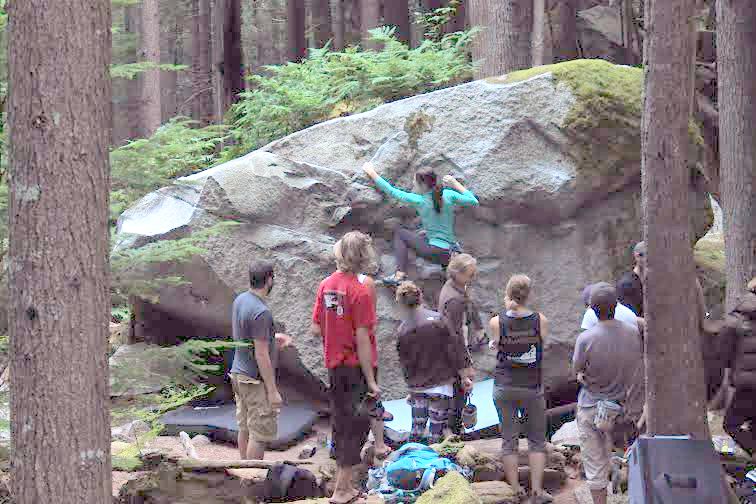 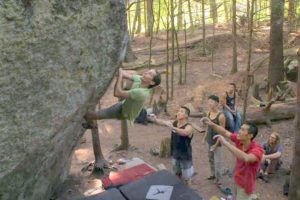 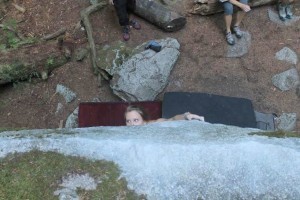 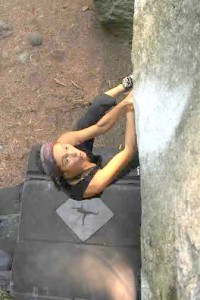 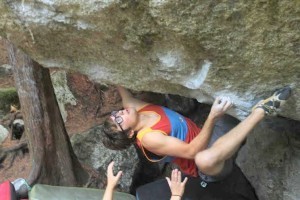 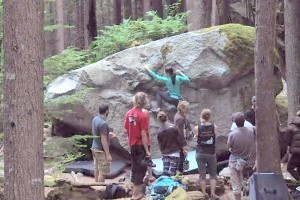 -Drew Copeland is a freelance writer and climber based in Squamish.