Canada’s west coast has long been known for cutting edge ascents. From boulders to big walls, Squamish locals have been getting after it for decades. It attracts strong climbers from around the world and has been since Ed Cooper and Jim Baldwin climbed the Grand Wall.

Anyone who visits the area knows the progression in local standards is based on a strong collection of Squamish based talent. 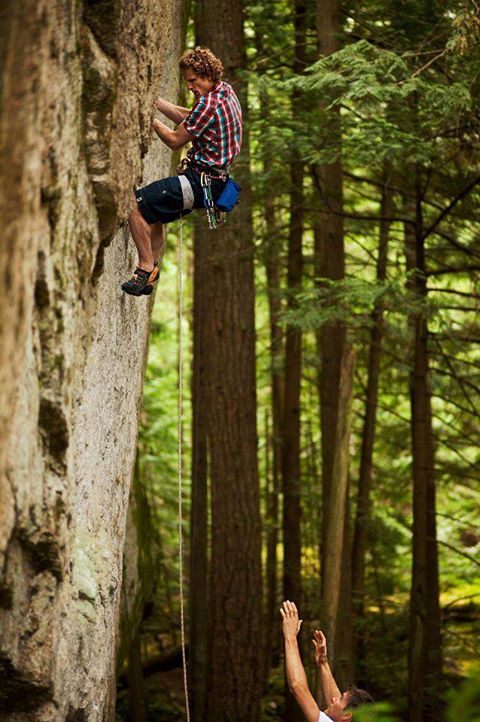 One of the leading climbers is Jeremy Smith and this spring he climbed a new 5.13bR route on the Cacodemon Boulder which is found on the forest floor at the base of the Chief. Jeremy climbed Year of the Snake in March of this year.

Year of the Snake adds to the growing list of high commitment climbs on technical granite in the greater Squamish area such as The Bull 5.14aR and Bruce Lee Versus the Kiss Army 5.13a/bR.

Tim Emmett, a well known UK climber, climbed the route for its second ascent this week. He prepared for the run-out climbing off the ground by stacking bouldering pads at the base. Before reaching the small flakes that offer protection Tim slipped: ground fall ensued. Tim refocused and started back up the Cacodemon to finish the climb.

We reported this week of two new routes, Centurion and The Gauntlet, both along the Sea-to-Sky Corridor and both offer moderate climbing. The balance of new hard committing climbs and new long moderate routes benefit climbers at all levels.