A new six-pitch 5.11+ has been established to the left of the famous Rock On in Squamish.

Stu Smith was walking his highline between the Opal and the top of the Apron three years ago when he spotted a potential route. In spring 2014, he returned and spent time cleaning the wall. He head back on four occasions with different partners to work on it. In early June, he sent the six-pitch crack/face climb using a self-belay device. Smith named his route Attack Of The Arc’Gucci Clones.

Description by Smith on Squamish Climbing:
Approach: Approach as for Rock On, when at the start of rock on follow trail left towards opal wall and up passing the start of the Opal. The climb is visible, continue up the gully following faint trail on the opal side until you reach the base of the climb.
Gear: You will need cams up to 4.5″ with doubles of 0.75″-1″. Bring one or two alpine draws and five to six quick draws. I did not use any nuts but bring some if you like.
The Climb: All anchors are fixed. The pitches are mixed trad and bolted up near vertical rock with some small overhanging sections, the first half of the route requires a lot from the upper body, with the second half demanding technical feet and strong fingers, the line weaves back and forth packing in a lot of climbing, i think its a pretty dang rad route!
Smith wanted to thank Ryan Cormack who was instrumental in the Apron-Opal highline by hauling back-breaking loads up the Apron. He also wanted to thank his partners, who helped him work on the route, Amanda Shpeley, King Can Al, Ryan Cormack and Charles Rutledge.
For more pitch info see here.
Pitch one 5.10
Pitch two 5.10
Pitch three 5.11
Pitch four 5.11
Pitch five 5.11+
Pitch six 5.9 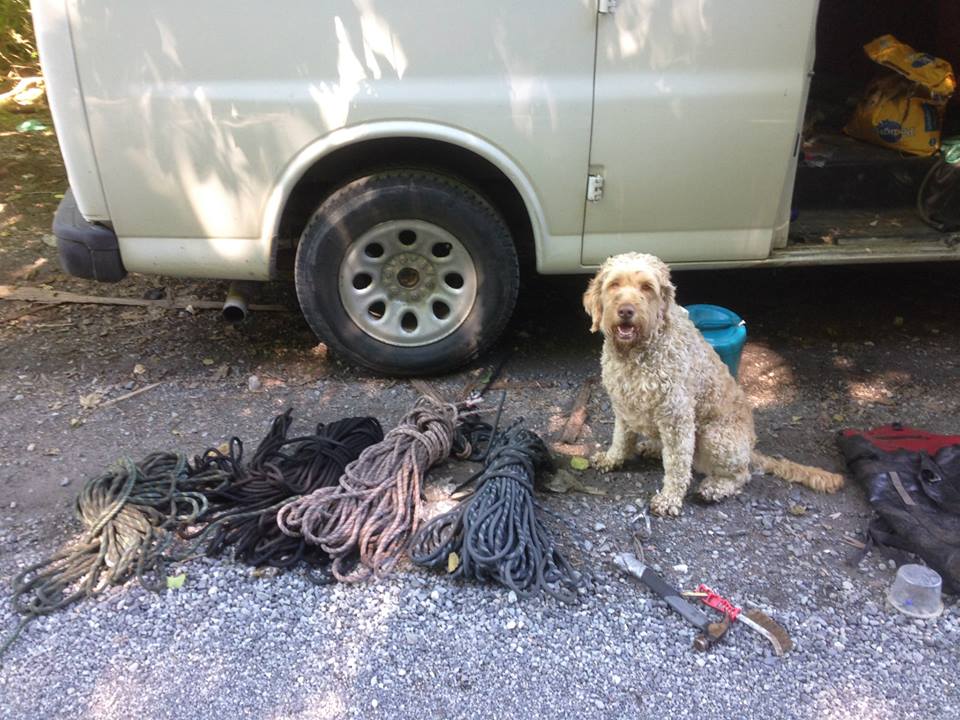