The representation of female climbers in sport is often rare and, in climbing, frequently shot through the male lens. Pia Graham and Ilya Sarossy of Bad Flower Pictures take aim at this problem with “The Bad Flower Project.”

We sat down with Graham and Sarossy to discuss this new, nationwide project. According to Graham, “The idea for this film was born from a discomfort and otherness that I felt throughout climbing in my 15 years of doing it that I couldn’t quite place.”

RE-POST: Powerful, beautiful, fearless, brilliant. @allisonvest is at the forefront of change in the climbing community. Thank you for unapologetically being yourself and for standing for what you believe in. You inspire us all.⁣ ⁣ —————————————— ⁣ Tales of a noxious conflict⁣ Between strength and femininity⁣ Have long poisoned minds⁣ Into believing that power and beauty⁣ Live in opposition⁣ When in truth they coexist in harmony.⁣ The way looming peaks bellow commanding roars⁣ And then fade into silence ⁣ Kissed by the glow of the setting sun.⁣ Endlessly I have been running in fear of being called⁣ Big, mannish, stalky, huge, wide, heavy…⁣ But my feet are tired and my knees ache⁣ So I choose⁣ To stop.⁣ To lean into these words and understand⁣ They do not detract from my right to be feminine ⁣ Just like womanhood does not diminish my might.⁣ So, feel free⁣ To launch judgments of how I look.⁣ It’ll only ignite the fire⁣ That fuels my insatiable drive⁣ To show you what I can do.⁣ ⁣ … words by me, inspired by numerous conversations with bold, badass, brilliant friends. ⁣ ⁣ – @allisonvest

Graham was inspired to transform this feeling of displacement into something productive. She approached Sarossy with the idea and Bad Flower Pictures was born.

So what is the project about? What is a Bad Flower? According to Graham, “A flower is a feminized image. The idea of a flower being bad makes it its own. It speaks to what we are trying to do here.” Though their company’s title allows for interpretation, it can be said that they are reclaiming what it means to be a female in outdoor sport.

Graham said, “We feel as though women in climbing, and their portrayal in climbing media, is not just a rarity but often a novelty. We want to take this opportunity to show that women are multi-dimensional, to show their passion in the context of their being athletes outside of gender.”

Building off of that thought, Sarossy said, “We want to capture these athletes ethos toward climbing, their joys and their pains in regard to their sport. We want to show the human aspects of these women and bring that into the community.”

This work needs to be done. Graham said, “Climbing is a male dominated sport and, as such, women are often novelties in climbing media. Climbing media is generally more about the send than it is about the person, but when it is about women, it’s about women being strong too and how crazy that is as opposed to telling their story.”

Sarossy highlighted this point saying, “The amount of climbing media about women, by women, that focuses on actually telling a story about who they are as people and what drives them, as opposed to focusing on their strength or how they can ‘do anything that men can do,’ is essentially nil.Something that we want to showcase is a community of women. We really want you to see that there is a strong [female] community that has existed for a long time in this sport.”

Graham reflected that it has not been easy for women in climbing to find community. She said, “There is a competitiveness that comes from being one of the few women in a sport. Instead of being brought together, we are compared. This results in competition as opposed to togetherness and has hindered our development.” 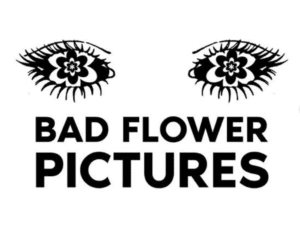 One of the main aspects of the sport they are hoping to convey is this feeling of “Girl-dom.” Graham is referring to Girl-dom as the female equivalent to the manner in which male climbers hang around the boulders. Sarossy referenced one of her visual inspirations, Justine Kurland, to further explain this point. “Kurland has a beautiful series called “Girl Pictures” that reclaims this idea of male boyhood in the outdoors, but for women. It focuses on community. That is something we really want to showcase because we don’t have media covering it.”

Exploring this topic has been challenging for Graham and Sarossy, but they have felt strengthened by the positive community response they have already experienced. Graham said, “having the opportunity to explore [otherization in the sport] with so many women and feeling like I am not alone in wanting to speak out has been a beautiful part of this process.”

The Bad Flower Pictures team is composed of five total women not including the many athletes that will join them during production. The project itself will take place across the country and they will film with some of those female climbers that define these areas. Graham said, “Right now, we are planning on going to the Niagara Glen Nature Reserve, the Val David Nature Reserve, and Squamish, but if we are able and if we have the funding, we would like to expand that list.”

Fay is an experienced videographer that does all of the camera work and advertising for the Quebec climbing gym Allez Up, and is additionally known for her work with Psico Bloc, the Fédération Québécoise de la Montagne (FQME), and the B.I.G Initiative.

O’Donnell is a part owner of Ruby Photography Studios.

Finally, Des Rosiers, is a strong Ontario boulderer with experience in photography and lighting. She will be responsible for capturing the group’s b-roll footage and will be leading behind the scenes video shoots for the Bad Flower Team.

Sarossy concluded, “Cohesively, I think that we are going to create something strong that is iconic and our own.”

Women have always been a part of the climbing world, yet female representation in climbing media is a rarity.⁣⁣ ⁣⁣ More and more light is being shone on our perspectives. For ourselves and so many of the womxn we have the honour of calling our friends, climbing has formed who we are. The power and togetherness we find in rock climbing bears a beauty of great importance. ⁣ ⁣⁣ With the help of the powerhouse women of Canadian bouldering, we look forward to capturing not only rock climbing in our nation, but what it means to be a woman in rock climbing and what it should mean. ⁣⁣ ⁣⁣ Expressing femininity shouldn’t mean lack of strength, power, or acceptance in sport. ⁣Rock climbing is one of very few sports where a woman’s physiology doesn’t limit her margin for success. At this pivotal moment in the development of rock climbing, we have to acknowledge that failing to wholly include women in our community will only limit the growth of our sport. ⁣⁣ ⁣⁣ @ilyasarossy and I can’t wait to come together and make something beautiful with the incredible climbing women in our lives. A cultural work of art that illustrates positive female aggression and power. Something glamorous, strong and unapologetically feminine. ⁣⁣ ⁣⁣ To climbing film projects of 2021. To Slaying the Niagara Glen, Slaying Val-David, and Slaying Squamish. 💪🏼❤️⁣ ⁣ – @piagraham