In 2014, a cold snap froze Niagara Falls. One year before Will Gadd and Sarah Hueniken’s recent first ascent, a climber top-roped it. Had it been climbed before that? 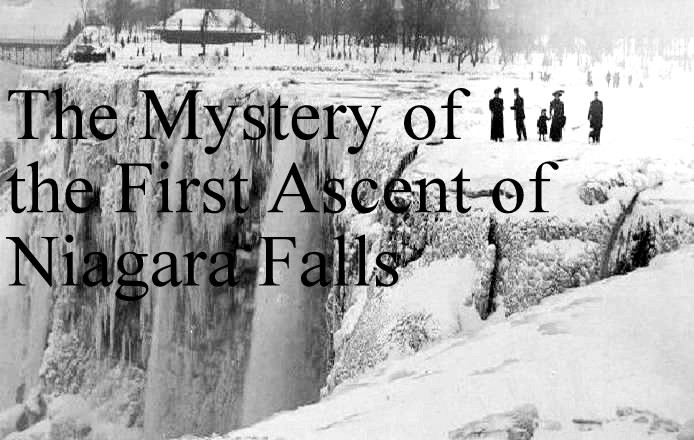 Freddie Wilkinson spilled the beans on Facebook and wrote:

“Last February, a friend of mine had this crazy idea: go try to climb Niagara Falls. Never mind that it was 14 hours away from North Conway and not exactly legal… I’d be surprised if other resourceful climbers haven’t had similar adventures over the years. Anyway, I happened to be in the area and snapped this photo. This ascent can’t really be compared to Will Gadd’s awesome climb last week since it was a different line and done on top rope, but it represents one of the things I love most about our sport: the secret histories behind big sends, the stories that never get told.”

(We have information about who the climber might be, but because of legal reasons with the ascent, we won’t publish any names.)