On Sunday we reported that Canadians Ian Welsted and Raphael Slawinski along with American Jesse Huey had been turned around while on the Karakorum Highway driving towards Nanga Parbat basecamp. The terrorist attack at the basecamp, which claimed 10 lives, delayed a number of expeditions.

The team headed back to Islamabad where they awaited news on the massacre. Jesse Huey decided to fly home to America. In an Islamabad hotel he met with the remaining Ukrainian climbing team (the others were murdered in the attack). Huey had this to say ‘I can’t fathom what they went through the last 48 hours, it is truly a horror. Both men hardened Soviet climbers broke out in tears as they told me their story and showed me their photographs. Their friends and climbing partners were each individually questioned to their religion and then executed.’

Welsted and Slawinski have decided to continue on with their trip to K6 West. The expedition is sponsored by the Lyman Spitzer Award and the Mugs Stump Award.

They are preparing to trek into the Charakusa Valley, from Skardu, where the mountains K6 West, K6, K7 and Kapura are located. They should be in the valley in a four days where they will acclimatize and plan an objective. Ian was quick to point out a Japanese climbing team was already in the Charakusa.

Pakistani authorities announced they will release the names of the culprits responsible for the attack, while all entry is banned to Nanga Parbat. 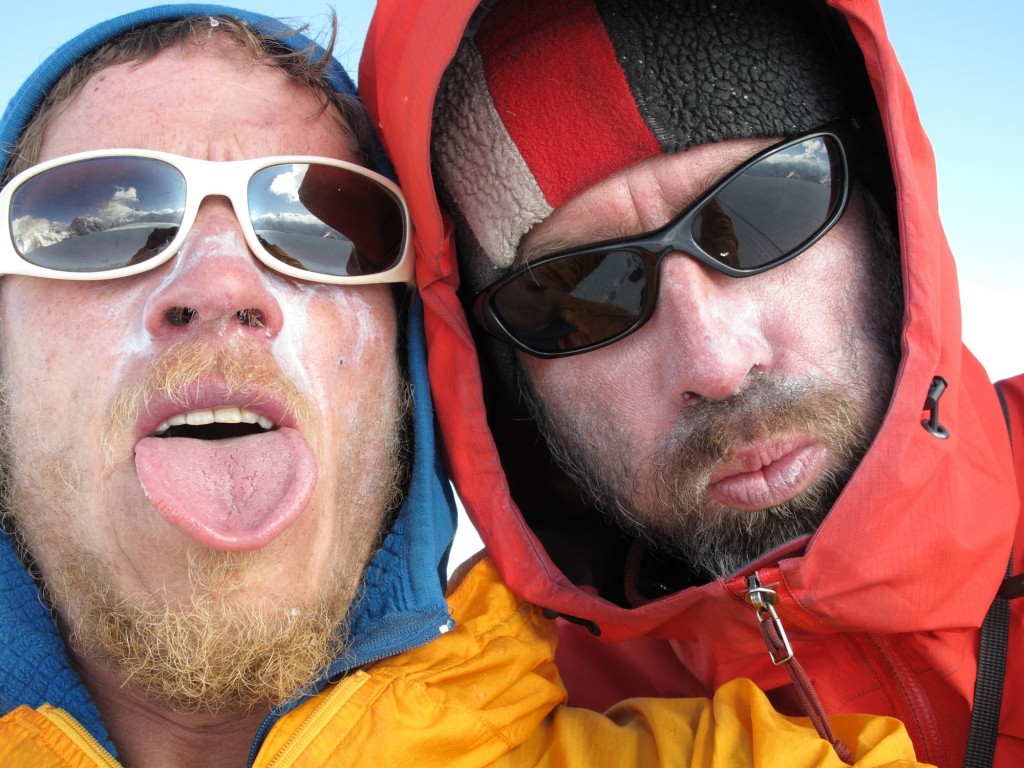 Welsted and Slawinski in Pakistan on the summit after the FA of Khani Basa Sar, 6440 meterson, during a previous expedition.  Photo Ian Welsted