A six month trip to the French Alps in 1980 set the course of Barry Blanchard’s life: to climb the steepest and most complicated faces of the world’s great glaciated peaks.

Blanchard, who lives in the Canadian Rockies, is an honorary member of the Alpine Club of Canada, winner of the Summit of Excellence award and his book, The Calling, A Life Rocked By Mountains was shortlisted for the Banff Mountain Book Competition and won the Boardman Tasker prize for mountain literature.

Blanchard was interviewed by local climber and writer Geoff Powter for this year’s Voices of Adventure at the Banff Mountain Festtival. Powter’s book Inner Ranges won the Climbing Literature Award at the 2019 Banff Mountain Film and Book Festival.

You have until Nov. 8 to watch one of the best conversations about climbing between two friends that you’ll see in a long time. Watch here. 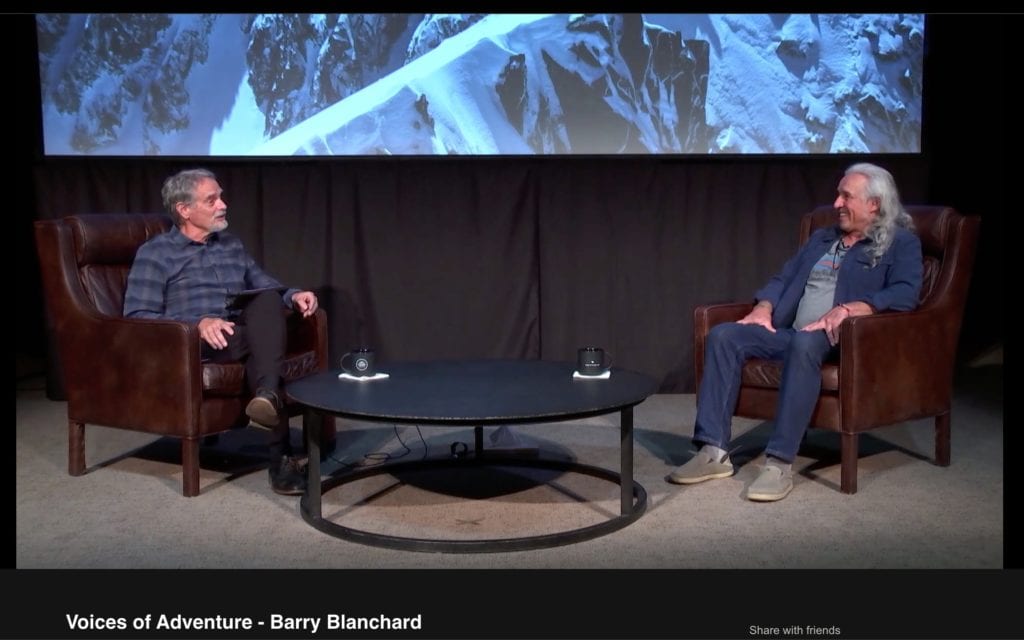 A post shared by The Bold And Cold (@theboldandcold)