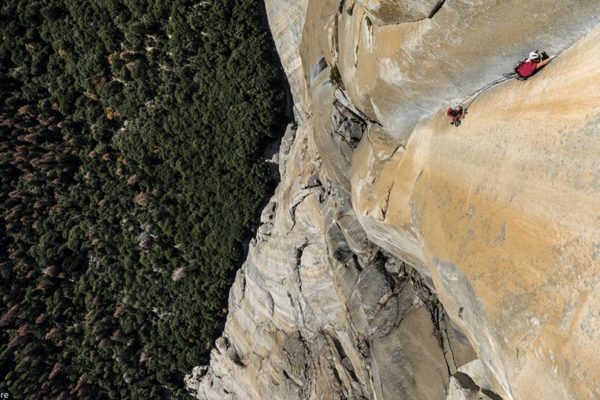 At the end of 2016, U.K. crusher Pete Whittaker made the first-ever one-day all-free rope-solo of El Capitaon.

His selected route was Freerider 5.13a. We hear from Pete Whittaker, his long time climbing partner Tom Randall and big wall solo climbing expert Andy Kirkpatrick as they take us through the paces of what it really means to make a rope-solo-free ascent of El Cap.

“The Problem is if Pete pulled it off, nobody would even get it, nobody would understand how hard it was and to do it in a day, is totally insane,” said Andy Kirkpatrick.

“Now Pete has proven that it’s possible to do that free climbing, but relatively fast,” said Tom Randall.

In May 2007, Canadian Stephane Perron climbed Freerider in one week using the same techniques. In June 2017, Alex Honnold free-soloed Freerider in a few hours.