In spring 2016 Palestine’s first climbing gym was opened as part of the Wadi Climbing project, to help develop the Palestinian climbing community. 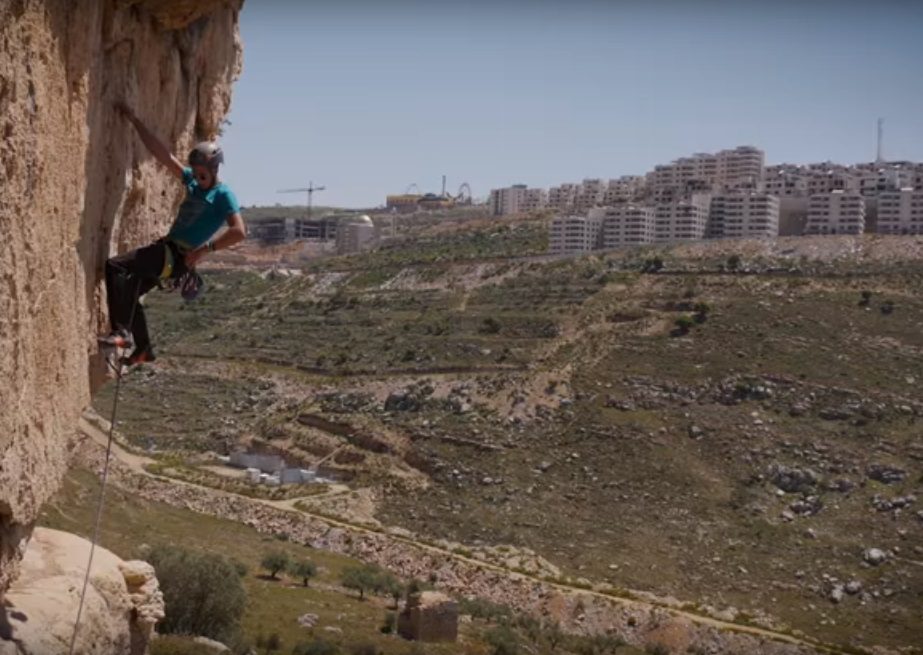 Based in the West Bank city of Ramallah and close to the nearby ‘barrier’ crossing point of Qalandiya to reach East Jerusalem, these places are better known as flashpoints for Israeli/Palestinian tensions.

Primarily through the eyes of West Bank residents, Anas Askar and his brother Urwah, the film takes a look at being a climber in Palestine and the problems that impromptu roadblocks and illegal Israeli settlements can mean in order to just reach the crag.

Ultimately, irrespective of where we live the film hopefully shows that the reasons why we climb are similar but under some circumstances, the act of going climbing serves an even greater importance.