Hroza is the second of a number of coaches that will make their way to the Boulders this season under a climber exchange with other countries. USA climber and coach Chelsea Rude was the first to attend, in October and November of this year.

“This is a fairly big deal for the evolution of speed climbing in North America,” noted Jarzebiak. “As far as I know, this is the first time anyone of this caliber has come to the continent to train for a long period of time. I think Libor’s contribution to the future of speed climbing in Canada will be immeasurable. We’re very lucky to have him here!”

At just 26 years of age, Hroza is one of the top speed climbers in the world, currently ranked second behind Stanislav Kokorin of Russia. He has been a frequent visitor to the podium at a number of IFSC World Cup events, including a recent first place finish at the 2013 Speed World Cup event in Arco, Italy, where he posted a winning time in the final of 5.99 seconds, just 0.11 seconds off the world record mark.

Hroza is looking forward to coming to the Boulders, noting, “I am very excited to be coming to Canada and to The Boulders to train on a certified world-record wall and to have the opportunity to pass my climbing knowledge on to young climbers. Perhaps I will also be able to improve my English at the same time!”

In addition to training on the Boulder’s IFSC World Record Certified 15-meter speed wall (the only one in North America) and coaching Boulder’s climbers to perfect their speed climbing technique, Hroza will be assisting Boulders coaches Andrew Wilson and Kimanda Jarzebiak with the incorporation of speed climbing into their Long Term Athlete Development (LTAD) plan. 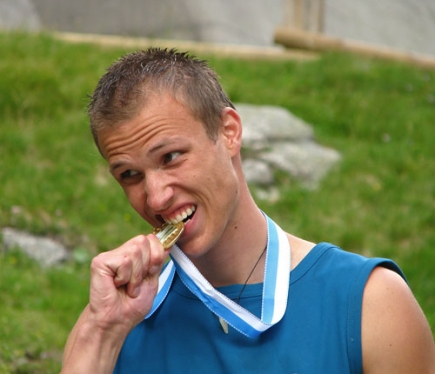