The fires are surely disrupting many climbers’ plans to visit the big walls in the valley.

Yosemite sees about 600,000 visitors come through its granite pass in July. Last year, visitors spent $452 million and officials estimate the park contributes $589 million to the US economy.

Satellite imagery from the European Space Agency show the fires just outside Yosemite. 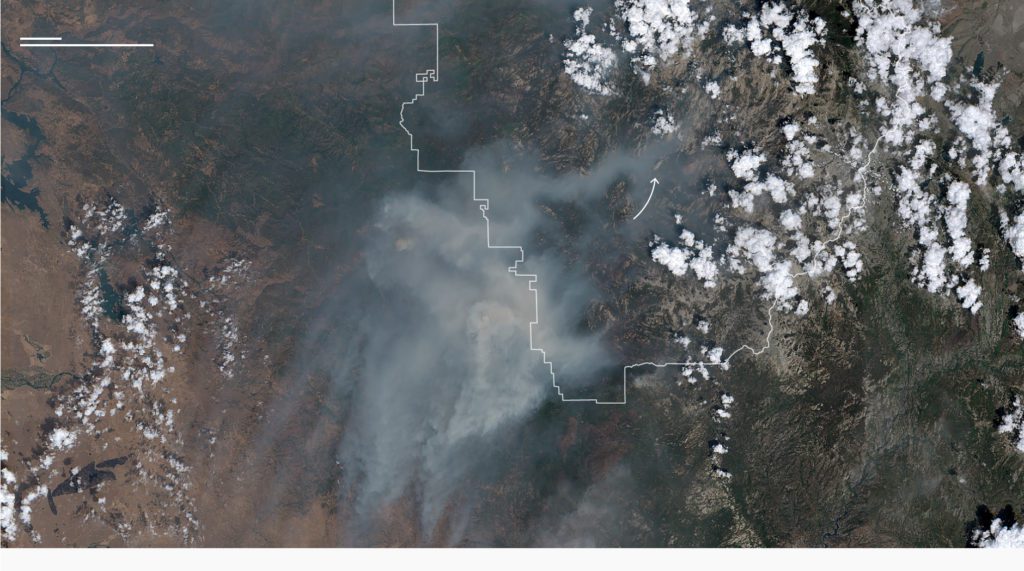 Closed areas include Yosemite Valley, Wawona and Mariposa, which is about 30 per cent of the park.

Half Dome, Sentinel Dome and El Capitan are part of the closed areas. The Mariposa grove had only recently reopened after three years of restoration which aimed to improve trails and waterways.

Visibility and air quality in Yosemite continue to be affected by smoke from the Ferguson Fire burning in the Sierra National Forest. Smoke may be heavy at times; visitors should be prepared to limit any strenuous outdoor activity during the periods of high concentration. You can view webcams and check the current air quality on our website (see link in Facebook post). As long as the Highway 140 closure from Midpines to El Portal is in place, expect long wait times on Highway 41 at the south entrance to Yosemite National Park. For more information the Ferguson Fire, please visithttps://inciweb.nwcg.gov/incident/5927/ or contact Sierra National Forest. #Yosemite #NationalPark #FergusonFire