Jean-Marc Rochette, the illustrator of the popular Snowpiercer graphic novel recently made into a film, surprises with a story of his youth spent escaping the gritty realities of seventies, working-class Grenoble and the hard, dangerous alpine terrain of the Oisans. A brilliant comic artist, Rochette uses the medium to beautifully chronicle his teenage drift into, and out of, hard climbing.

Rochette was raised by his mother after his father, a French soldier, was killed in the Algerian conflict. His mother, who is supportive, but at times distant and harsh, emerges as an important influence on his climbing. At school, he struggles to show interest in most subjects and is a constant target of the sadistic principal. The only glimmer of salvation for his school experience, his love of art, is blotted out by the art teacher, who dismisses his drawings of climbing scenes as “merely anecdotal.” 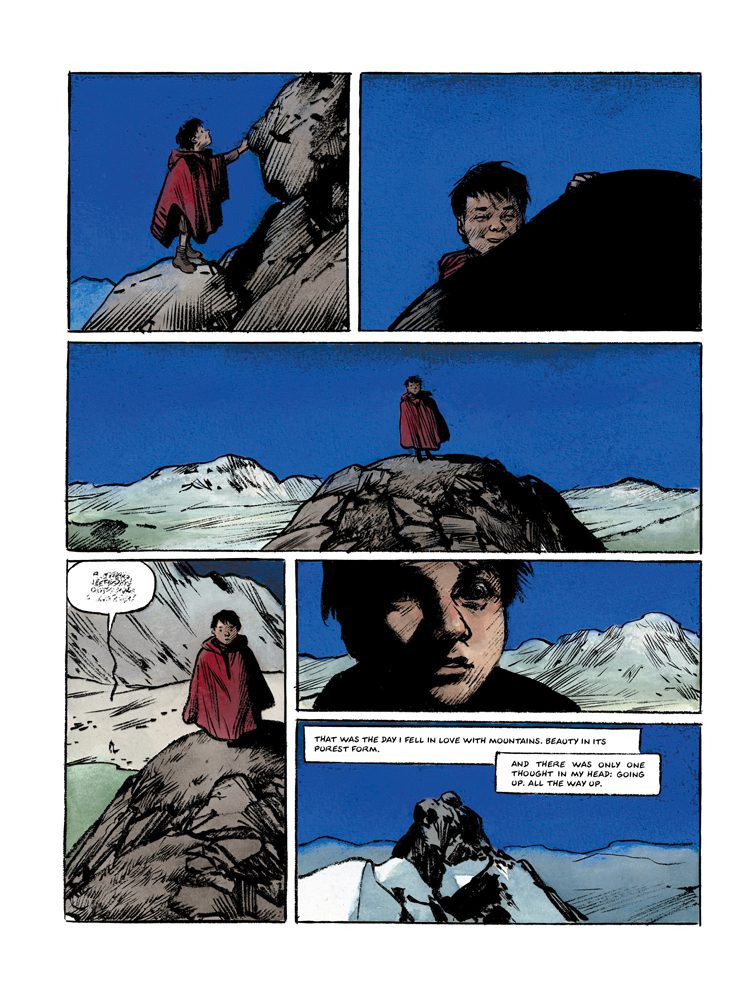 After a childhood moment of mystic realization of his love of mountains, Rochette’s desire to climb lays dormant until his friend Sempé, who even wears his Galibier climbing helmet in town, cajoles him into trying out climbing on the local crags. Soon they take their game into the local mountains, and Rochette masterfully, outlines the youths’ exhilaration as confidence overcomes fear in the young climbers without negating risk.

Their playground is the Oisans area of the Rhône-Alpes. Although not as famous as the mountains around Chamonix, it offers plenty of hard alpine climbing on high peaks, up to almost 4,000 metres, including La Meije, Ailefroide and dozens of other peaks offering long ice and rock routes.

The medium of the graphic novel proves ideal for much of this story. Rochette portrays alpine climbing in Europe in the seventies with all of its now-exotic impedimenta, from big boots to full-body harnesses. Graphics elide the need to describe the run-down state of Grenoble and some of the tourist infrastructure. Rochette and his young climbing friends cycle past it on the way to the mountains, in search of altitude. Perhaps the medium’s only weakness for climbers is the necessity of offering frames where well-known techniques are explained to the readers.

The comic-strip format proves ideal for rendering split-second moments that the camera could rarely capture and which push prose to its limit. It is especially effective in the case of accidents, placing the reader in the “no! this can’t really happen!” moment of terror and disbelief. 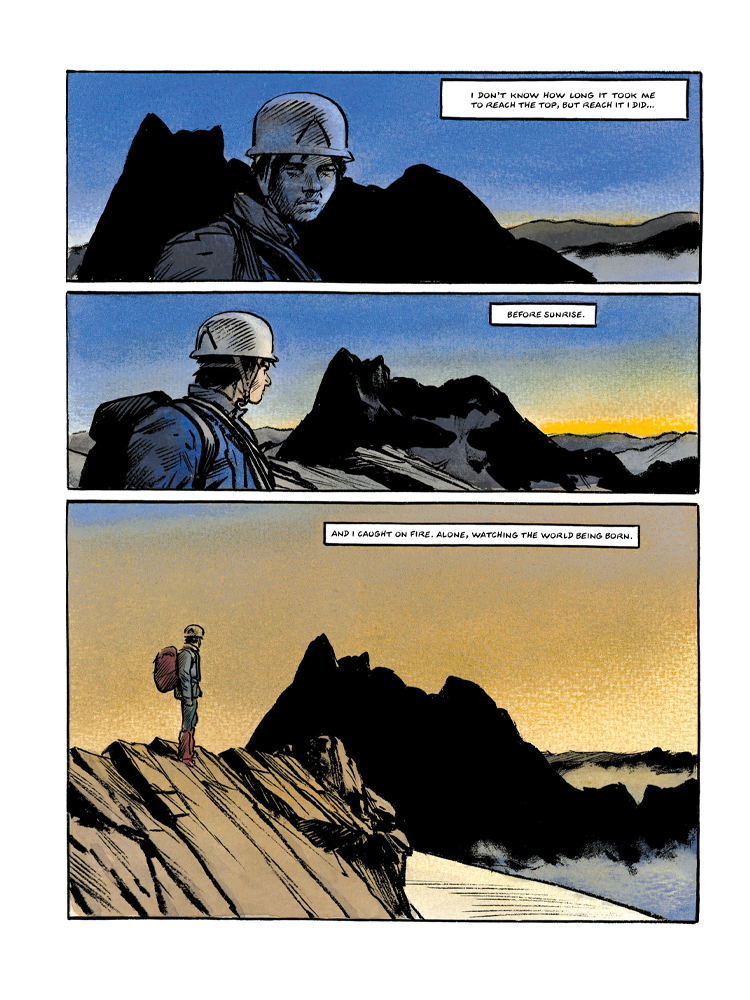 The danger of the game Rochette and his friends are playing only occurs to Rochette after a climbing partner dies. Rochette’s turn to face the harsh realities of alpine tragedy eventually comes up and leads to blood, suffering, and an exploration of his motives for climbing, art and life.

Altitude is a beautiful, unique, moving contribution to climbing literature and an entertaining read by an important artist. Highly recommended. Get it here.