Unknown Pleasures is a collection of works by the climber and award-winning author Andy Kirkpatrick. Watch him read from the new book below.

Obsessed with climbing and addicted to writing, Kirkpatrick is a master storyteller. Covering subjects as diverse as climbing, relationships, fatherhood, mental health and the media, it is easy to read, sometimes difficult to digest, and impossible to forget.

One moment he is attempting a rare solo ascent of Norway’s Troll Wall, the next he is surrounded by the TV circus while climbing Moonlight Buttress with the BBC’s The One Show presenter Alex Jones.

Yosemite’s El Capitan is ever-present; he climbs it alone – strung out for weeks, and he climbs it with his thirteen-year-old daughter Ella – her first big wall.

His eye for observation and skilled wordcraft make for laugh-out-loud funny moments, while in more hard-hitting pieces he is unflinchingly honest about past and present love and relationships, and pulls no punches with an alternative perspective of our place in the world. 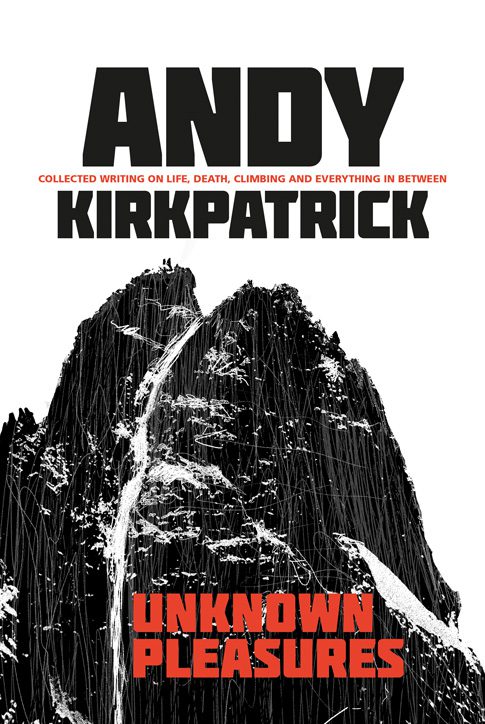 Kirkpatrick is an award-winning author and climber. With a reputation for seeking out routes where the danger is real and the return questionable, he has pushed himself on some of the hardest walls and faces around the world.

He was born and raised on a council estate in Hull, one of the UK’s flattest cities, and suffered from severe dyslexia which went undiagnosed until he was nineteen.

Thriving on this apparent adversity, Andy transformed himself into one of the world’s most driven and accomplished climbers and an award-winning writer.

In 2001 he undertook an 11-day solo ascent of the Reticent Wall on El Capitan, Yosemite, one of the hardest solo climbs in the world.

In 2014 he partnered BBC One’s The One Show presenter Alex Jones as she climbed Moonlight Buttress in Zion National Park in aid of Sport Relief. Andy lives in Ireland with his wife Vanessa.

“I have no doubt that some will find this book controversial, demanding and challenging. But I enjoyed reading it, and would recommend others to do the same. It is well produced, and is a case bound book that meets the high standards Vertebrate have set for this type of production.” – Dennis Gray, Footless Crow