A route-developer and longtime climber in Alberta reached out to Gripped to share his message of raising awareness and support for Ukrainians.

Our aunt was lucky, she returned from the store early. Her neighbor, a young mother was not: she entered the back yard the moment a Russian rocket hit. She had two kids – 2 and 13. People collected pieces of whatever left of her to bury. Her husband is enlisted in army and now grandma is going to take care of the kids”. This is one of many stories that we heard from Ukrainians these last three weeks.

My name is Konstantin Stoletov, I am a climber, a Russian climber who lives in Canada. I climb a lot. I develop new climbs. When Russia attacked Ukraine, I became depressed and ashamed of my country. Being Russian I grew up with the idea that we exterminated fascism and I was proud of it. One of my grandfathers died during the World War 2, another one was critically wounded and died a few years later.

Three weeks ago, I woke up to the fact that my country’s regime cannot be described by any other word but fascism. Russia attacked Ukraine, bombing its cities and killing civilians, and her out of mind leader says that he is ready to nuke the entire world if necessary. I got sad, very sad. I cried several times a day because I felt betrayed and useless. Then along with a few of my Ukrainian and Russian friends we started a small fundraiser to help Ukraine. My Ukrainian friend Vira Solovyeva, with whom I used to climb in California, spearheaded the entire project. We find whatever money we can. She is staying in touch with locals in Ukraine who ask her for help and sends money to them via Wise. Most of the time it is money for gas so people can get out of the war zone. Or to buy simple food and deliver it via local volunteers to people who decided to stay because they cannot leave or decided to fight.

Over the last couple weeks, we helped with the evacuation of over 200 people. We arranged delivery of food and medications to many more. We will never see those people but this is what keeps us sane. This is what keeps us being humans. We have a Facebook fundraiser that is incredibly slow (despite we raised over 9k Facebook has not transferred any money to our account since it is “reviewing “us). So, as of now we depend on people who send us money via PayPal or e-transfers.

The climbing community has been always understanding, open and ready to help. Gripped rarely publishes politically oriented articles but when I asked Gripped for help, they agreed. I don’t ask you to give us money. I ask you to help Ukraine since now Ukraine is the only thing in the world that keeps fascism from knocking on your door. If we fail, there it will come here or anywhere. Please donate or do whatever you can. But if you consider donating to us, we will use it to evacuate another Ukrainian kid or deliver food to another Ukrainian fighter. 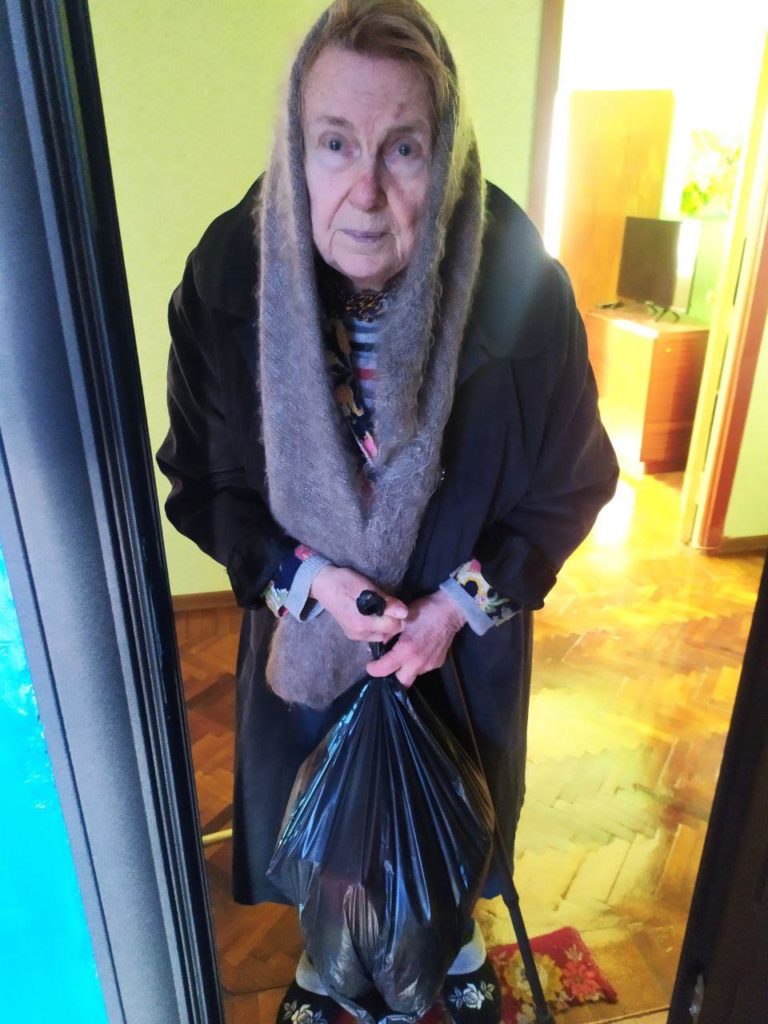 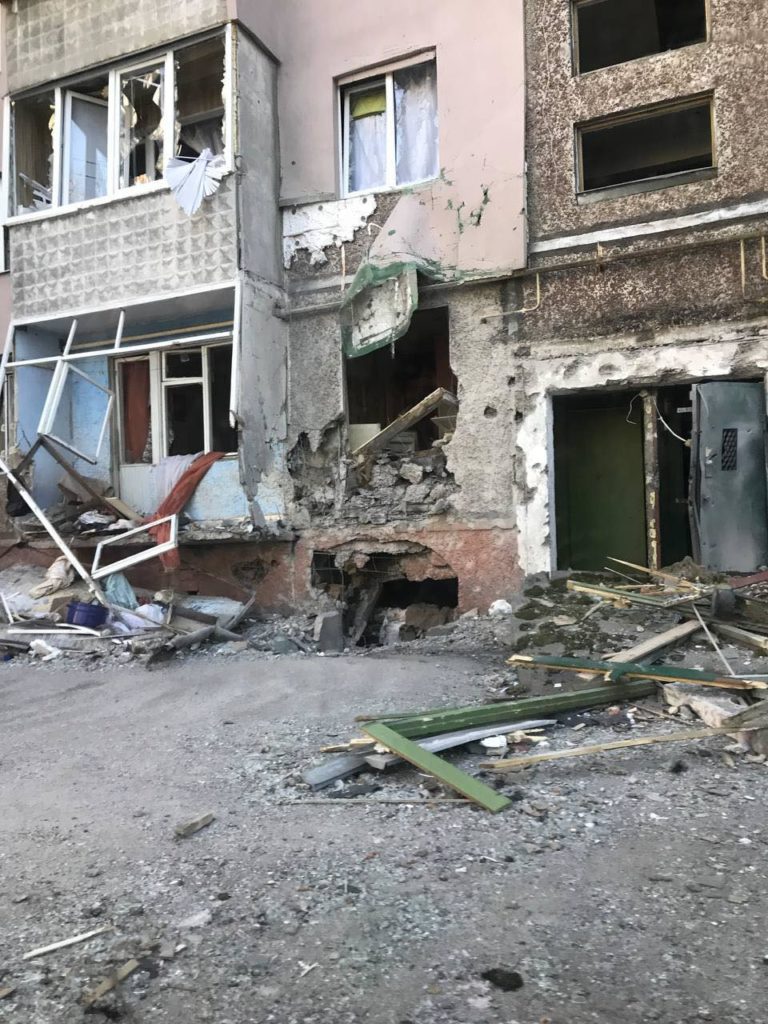 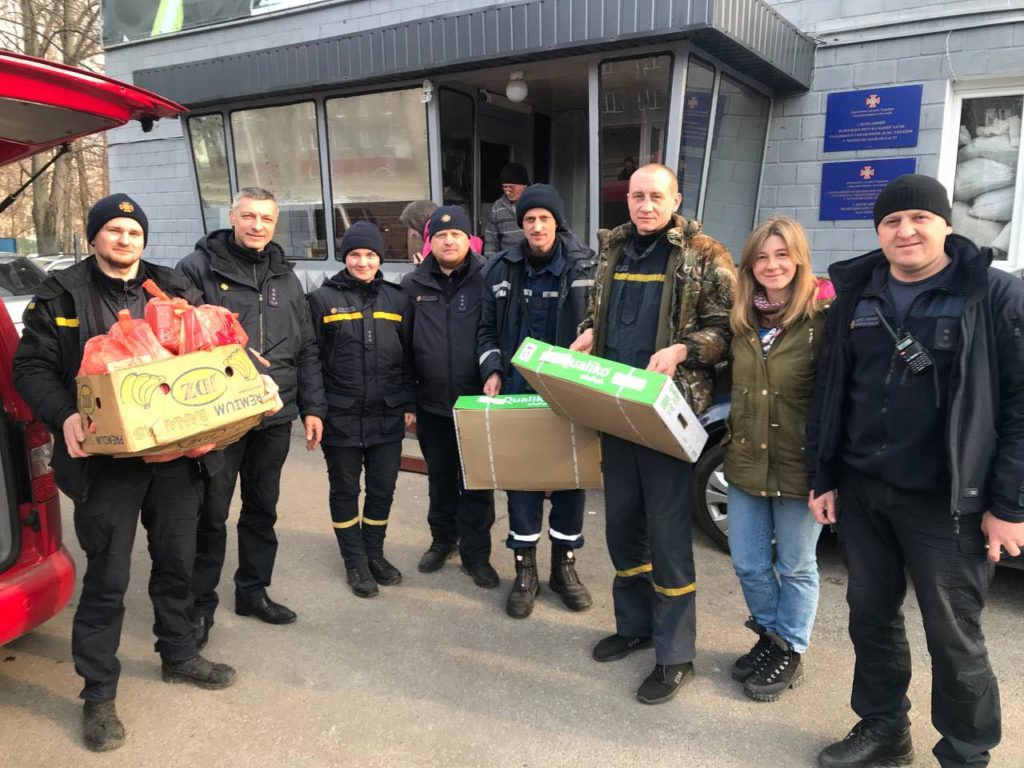 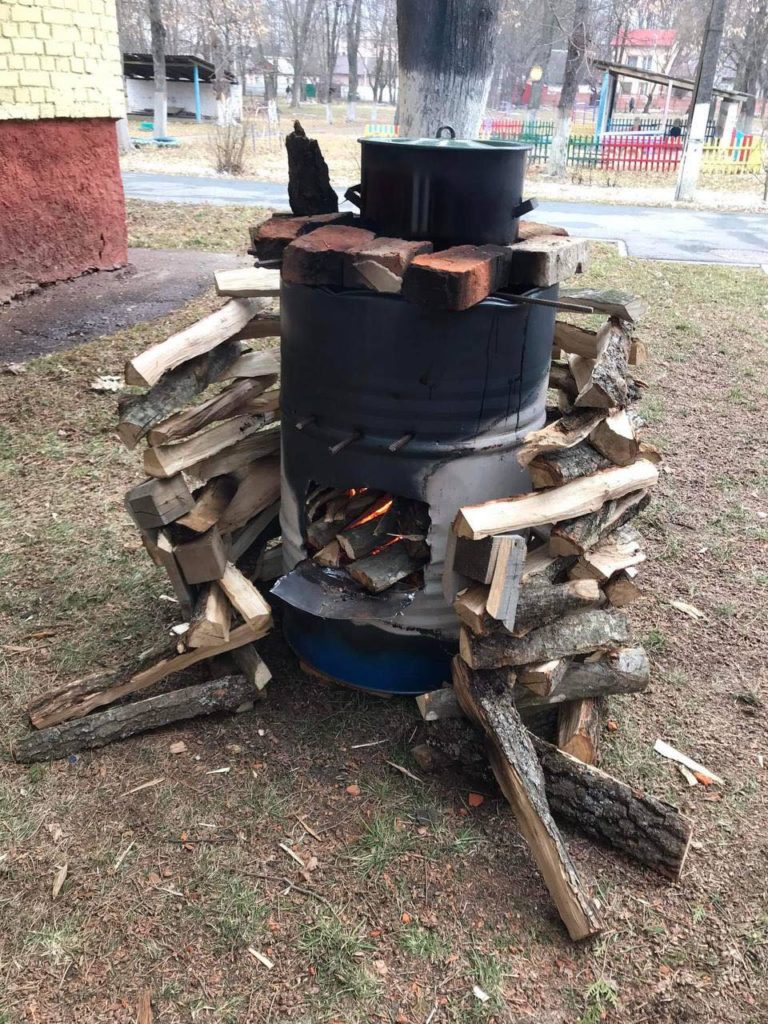 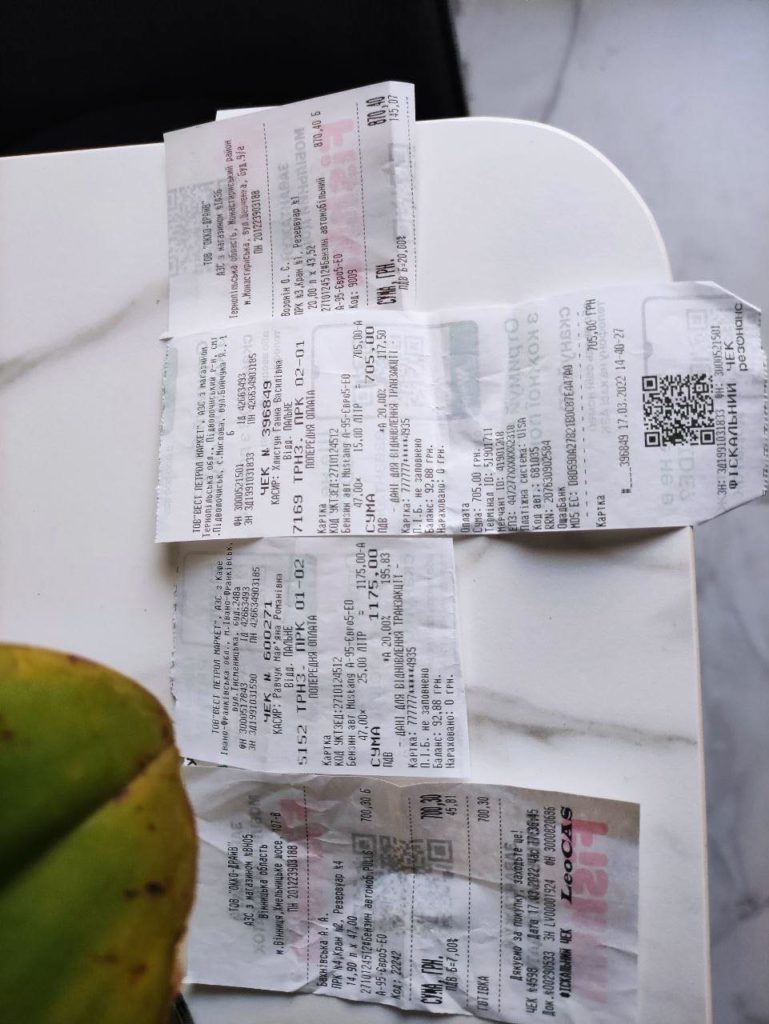 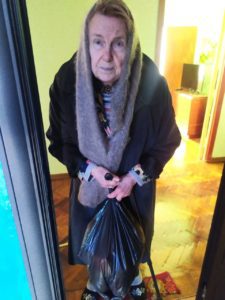 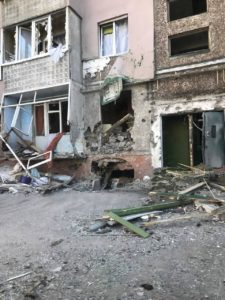 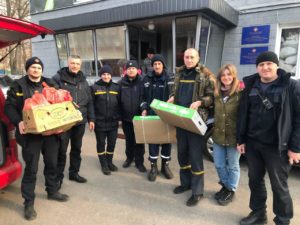 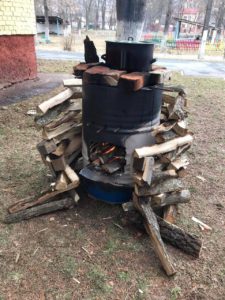 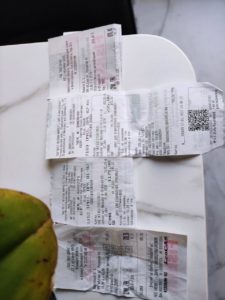 Do you still climb during these hard times? Yes. Laura, my wife, is currently working in Tromso, Norway so I am living the life of a single dad with our 2 year old son, Pax. We call her once or twice a day. When it happened I called her and I think it was the first time she saw me crying. In the Soviet Union we grew up with the movies about WW2 where Russians fight fascists. Seeing that Russians now are bombing Kharkiv, Chernigov and Kiev much like in 1941 was very hard for me. She understood. Then I went to (Blocs) climbing gym with my kid and felt better. You know, climbing always helps you fight stress. Lots of people expressed their support there. Many of them donated. I climb there with my kid almost every night. Climbing and playing with kid really helps. Can’t really go outdoors now since all my bank account went to helping whoever I can in the war zone but I hope the situation will get better.

What do you want Canadians to know about Russians who do not support the war? I want Canadians to understand that what is going on has nothing to do with being Russian or Russia as a country. It is a fault of a regime that controls the minds and lives of people in Russia now. Yet we Russians here all feel guilty. It is very hard for us. We let it happen. We should talk to our relatives there more. I do not know a single Russian who lives outside of Russia and supports the war. When it started some Russian friends of mine whom I know from the times I lived in NYC or California got in touch with me. We all were depressed and not knowing what to do. I know some looked for psychiatric help. It was that bad. Almost everyone ended up doing something.

Luckily I had a few Ukrainian friends. One of them, Vira (she is from Chernigov) had many friends there. They asked her for help. So our network started. There are probably hundreds of networks like that going on right now. Since I was always doing some fundraising for climbing I realized I can help. I think we raised 15+k. She estimates we helped ~400 people, probably 200 of those were able to make it out since we paid for their gas. This keeps us going.

What does it mean to you to live in Canada? Well, Canada is paradise. I mean having all that social infrastructure such as free medicine and almost free daycare is unbelievable. I have never seen a country with such a great outdoors and parks system. I have been incredibly lucky developing my own climbs. Yet, I am deeply worried about what is happening now. The madman that controls Russia now is threatening the world with nuclear war almost on a daily basis. Being Russian and understanding what he and his government says and does makes me very concerned. Ukraine is the only thing that stays between them and our happy Canadian lives. I have to do my part to help Ukraine and stop the madness.

How long will you continue your efforts to help those in need? As long as I can. As long as it is needed. I wish I could tell that it all will stop tomorrow. If this article will help us to aid a few more people it will be a success. I know one day it will end. We can make that day happen sooner.

Here’s How You Can Donate

Solovyeva sent the following photos of her friend, a local musician in Chernigov, to Stoletov. 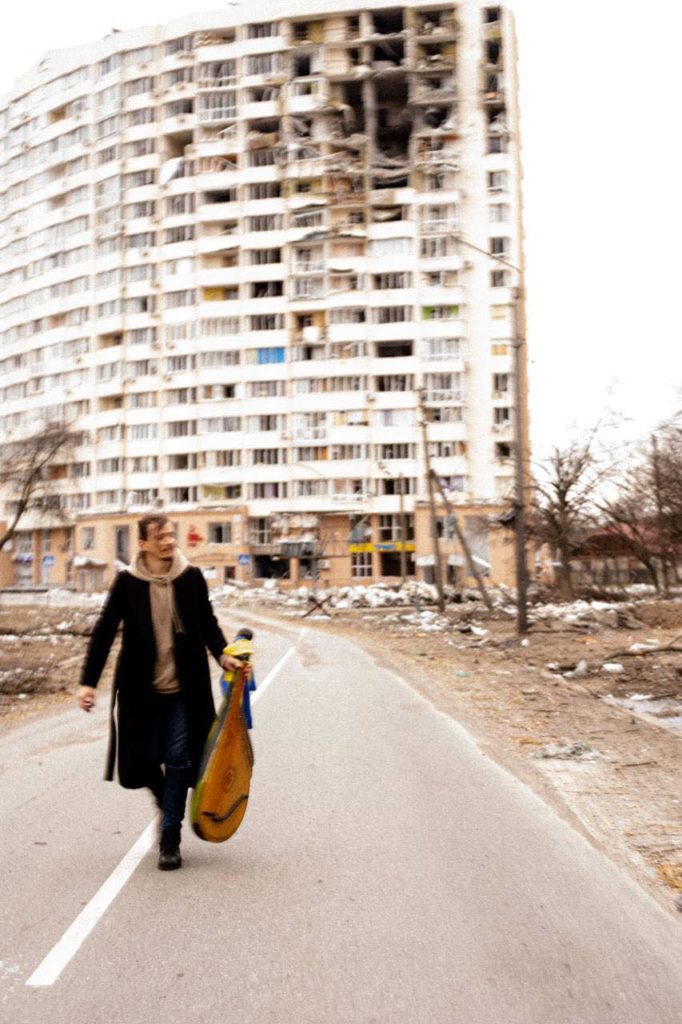 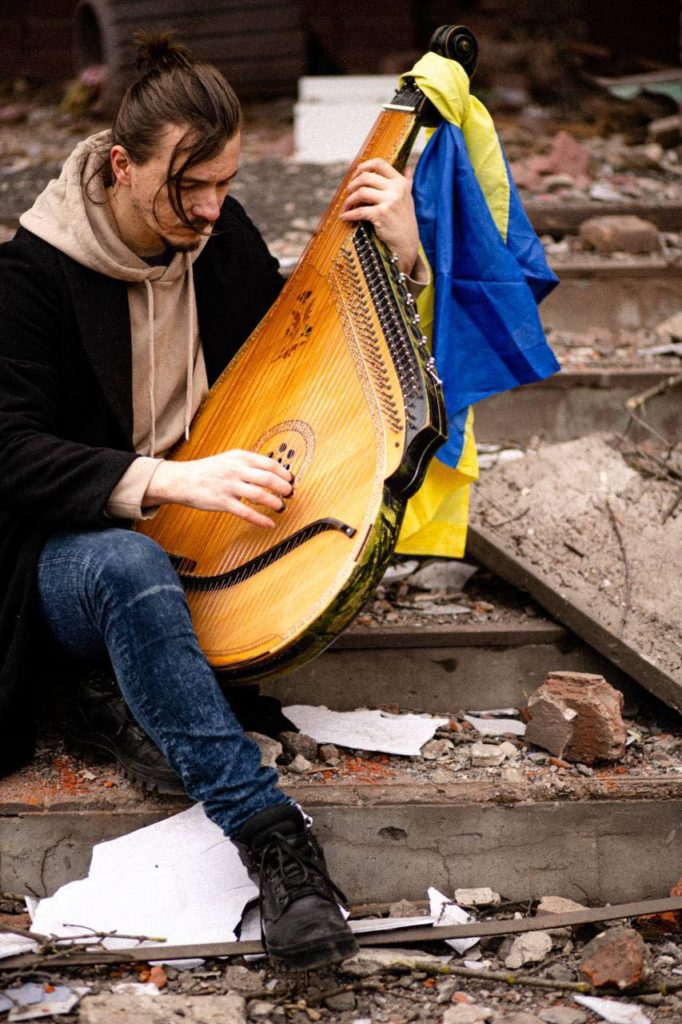 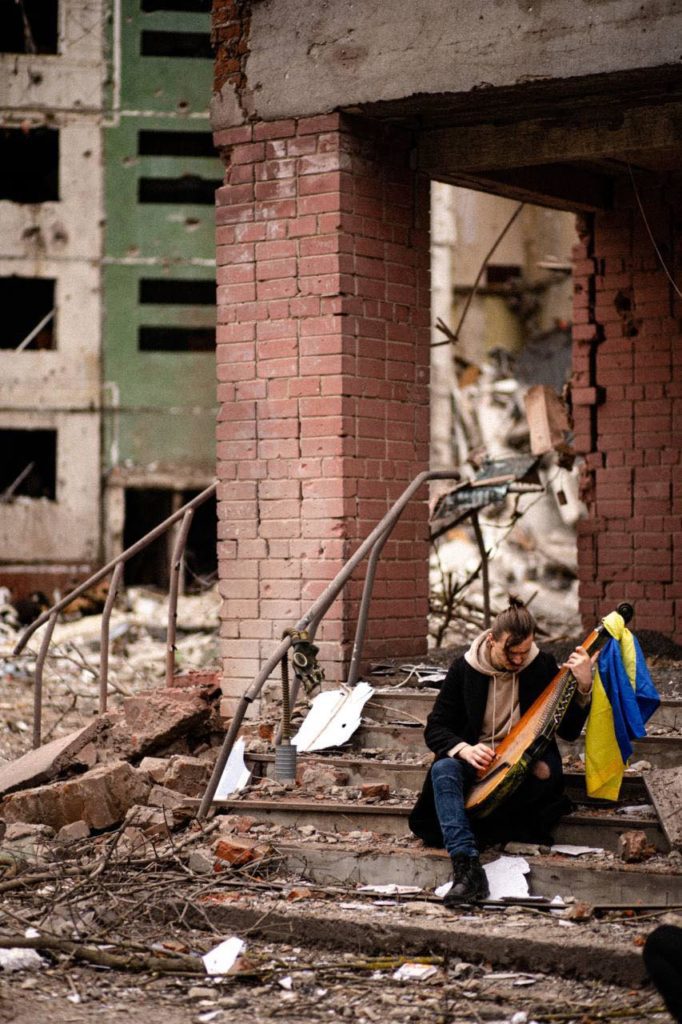 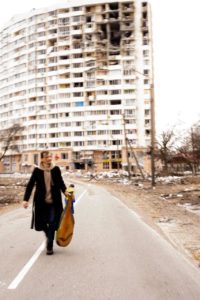 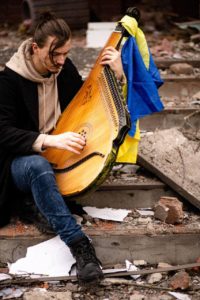 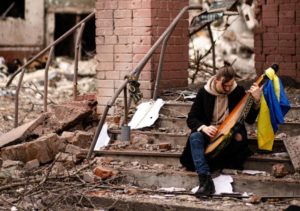