The following was written by Ian Welsted, a Piolet- d’Or recipient based in Golden, B.C. and Larry Stanier, one of Canada’s leading mountain guides. For Welsted and Stanier, David Jones’s guidebooks about the Canadian Rockies are two of the best guidebooks on the market and any climbers who heads into the alpine or is hoping to spot a new route should own them. You can find them in shops in and around the Canadian Rockies.

Ian Welsted on Rockies Guidebooks: I jokingly say to friends that there have been two changes in the last few years that have revolutionized alpine climbing in the Canadian Rockies: a webcam at the Icefields Visitor Centre, and David Jones’ Rockies guidebooks. Only half jokingly really.

When I started climbing in the Rockies we had Sean Dougherty’s infamous “book of lies” as the main guidebook, but it was notoriously based on very few ascents and incomplete information. Many epics were blamed on it.

Still some unclimbed ground left in the Rockies. @canadianalpinetools

Any other beta was gleaned from cobbling together journal articles, or by hopefully knowing the right people who already were in the know.

David Jones is a legend in these parts, reputed to have spent more days out in the mountains than anyone else. His Rockies guidebook project has two volumes in print, with two more to come.

The West edition covers everything west of the Icefields Parkway and the Central covers the Lake Louise/Banff/Canmore corridor. As a former academic, Jones is the perfect person to produce guidebooks that are exact and comprehensive, with everything from early walk-ups to the latest groundbreaking first ascents.

For anyone, local or visitor, they are the indispensable resource or record. We all owe David a huge thanks. So, get out there and enjoy your time in the hills this summer, without epic-ing. 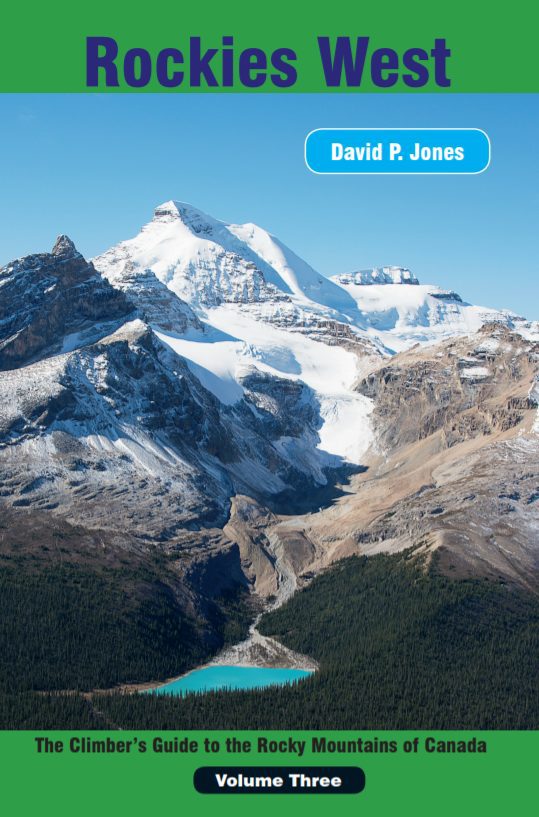 Larry Stanier on Rockies Guidebooks: Well, David Jones has done it again. Another big chunk of the Canadian Mountain West has gained in clarity. This volume covers the Rockies Mountains West of the Banff/Jasper highway, South of the Yellowhead highway and North of the TransCanada Highway. Some seldom visited and smaller terrain in the SW of the region has been left out to keep the size manageable. Don’t worry, if you are heading into those SW ranges, Dave says he can be reached for high quality beta at selkirk.explorer@gmail.com.

I am a big fan of the format, especially the high quality images. In a guidebook, I find a picture is often worth much more than 1,000 words. For example, the photos of the North Face of Mount Alberta on page on pages 344-349 are spectacular and tremendously useful. As opposed to the 1985 edition of the Rocky Mountains of Canada North-which was also a huge step forward in information sharing. The photo from 1985 shows an almost blacked out North face in profile deep in shade.

The meat of the description of the climbing is “Some 600m of ice climbing leads to the upper rocks, which initially are loose and moderately steep. The steep upper wall requires about 10 pitches, with some aid to reach the summit icefields”. That certainly keeps the adventure potential high.

The value of information in any guidebook is obviously dependent on the authors familiarity with the region and the quality of the information he gets from the climbers. I have spent quite a few hours trying to help David with info on various routes and he often discreetly shakes his head at my appalling memory and the fact that I didn’t take any notes while a long way up some
terrifying wall of rubble. So you can blame me and a bunch of other lazy, concussed and exhausted alpinists for any errors you might find.

Throughout the evolution of his guidebooks from the Selkirks South in 2001, Selkirks North in 2004, Rogers Pass Alpine Guide in 2012, Rockies Central in 2015 and now Rockies West David has continued to subtly improve his craft. Rockies South and Rockies North are still to come. I think we Alpinists are all very lucky to have David doing the hard labour of research for us. And if you have any complaints – suck it up – it’s alpine climbing not Geocaching! 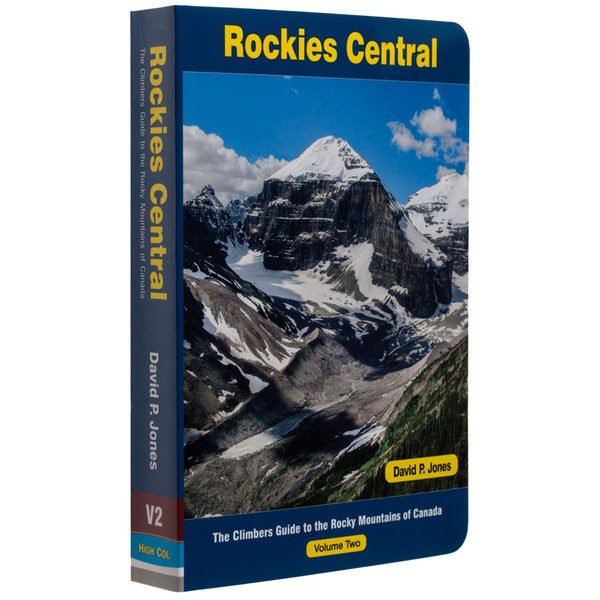