David Smart, editorial director of Gripped magazine, has a new novel called Cinema Vertigo, published by Imaginary Mountain Surveyors. Be sure to follow the Instagram page below.

Based in Chamonix and the French Alps during the Second World War and under occupation, it tells the fascinating tale of the struggles and drama during the filming of the iconic mountain film First on the Rope.

“In Cinema Vertigo David Smart returns to the rich crossroads where fascism and alpinism meet, terrain he explored so ably in his first novel, Above the Reich,” said David Stevenson, author of Warnings Against Myself and the award-winning Letters from Chamonix.

“This time he imagines the rigours of alpine filmmaking as conducted in occupied France during the war. If you’re unfamiliar with European bergfilme of the early twentieth century, think Casablanca but set in the Aiguilles above Chamonix.

“Smart is such a fine storyteller the amount of pure research he must have done feels natural, almost invisible. Every thread of this story, and there are many, rings true.”

Cinema Vertigo is about “a once-proud country shrinking under occupation – a washed-up director scraping for one final chance – armed partisans retreating to the high mountains as a last refuge – and a singular movie script with an unheard-of restriction: it must be shot on location in fabled Chamonix and the glaciers of the Alps.

“Far from German-controlled Paris, the cosmopolitan actors and film crew disembark into the hard hands of the mountain guides and begin filming a story that will challenge them to see the beauty and power of nature and the simple grit and strength of the mountain people and give them – and France herself – a chance at redemption against their oppressors.”

David Smart has written two novels, Above the Reich and Cinema Vertigo. He is also the author of a climbing memoir, A Youth Wasted Climbing.

He co-authored the guidebook, Classic Rock Climbs of Canada (2018) with Brandon Pullan and five other guidebooks to climbing in Quebec and Ontario. He is also the editorial director of Gripped Publishing. He lives in Toronto. 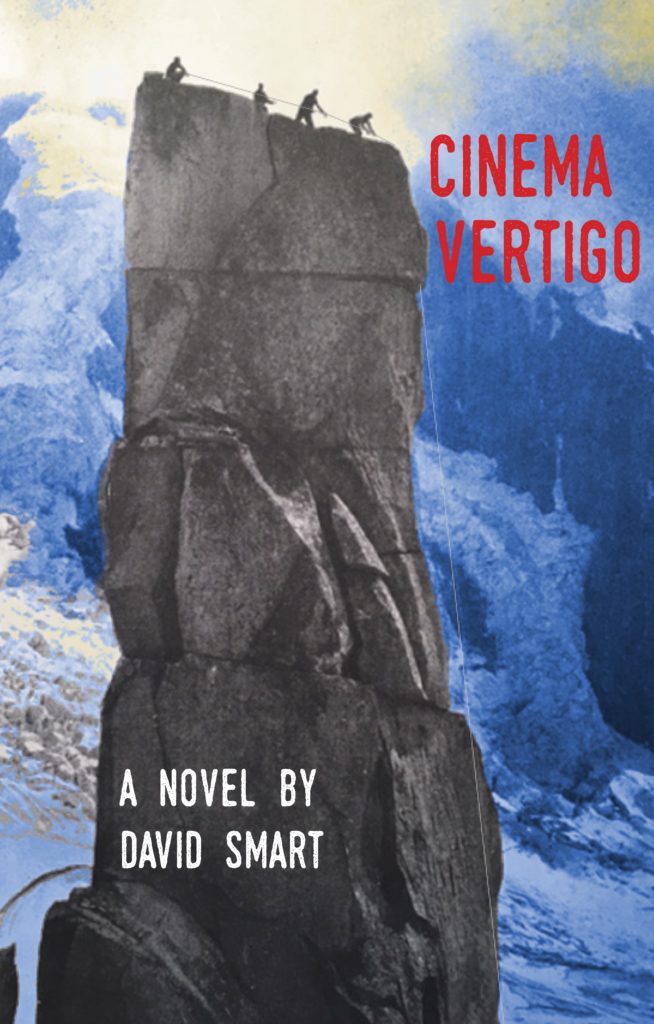