Ed Wright, who was often referred to as “Magic” Ed, passed away on August 5, 2015. The long-time Potrero new-router and familiar face of the northern Mexico climbing destination died of a heart attack at the age of 66. Ed was married to Tami, who once owned a cafe at the entrance of El Potrero Chico called Tami’s Cafe.

Ed was a humble climber who began in the late 1960s. On his website, he reported establishing 83 of the then-500 routes in Potrero for a total of 232 pitches.

He suffered from a number of health issues, but continued establishing difficult routes throughout his climbing life. There are a number of routes that Wright developed, which have gone on to become some of the most popular multi-pitch sport climbs in the world, but perhaps the grandest was Time Wave Zero, a 23-pitch 5.12.

Ed had climbing partners from around the world, many from Mexico and the States and a number from Canada including Dave Benton, who helped him establish a handful of new routes. Ed will be deeply missed by many climbers and friends.

The last post Ed wrote on his blog was a quote from J. Campbell, which read, “Participate joyfully in the sorrows of the world. We cannot cure the world of sorrows, but we can chose to live in joy.” 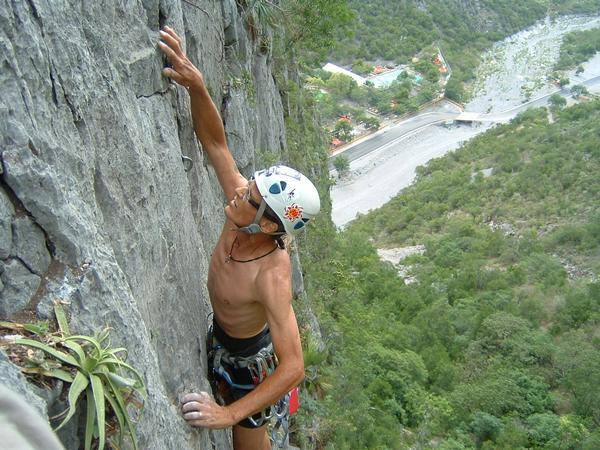 American climber Jeff Jackson knew Ed well and wrote about him for Rock & Ice here: Magic Ed really did have a seemingly paranormal constitution and a legendary toughness. The most obvious example was the time he had a heart attack while climbing El Sendero Diablo, a six-pitch 5.11c at the Potrero. Midway up the route, Ed experienced a full-on acute myocardial infarction. Somehow he kept it together despite intense pain and loss of strength, and with the help of his partner, rappelled down the route.

Ed Wright was a fixture at Potrero Chico. When I talked to Tami today, she said it was a day of mourning in Hidalgo. Humble, respectful and tough as nails, Ed had many friends, both Mexicans and Americans, who will miss him and his unique brand of hospitality, enthusiasm and optimism in the face of adversity.

After his death, top Canadian climber Steve “Manboy” Townsend, who spent a lot of time at El Potrero, said: “The El Potrero Chico Family lost a legend yesterday. He was like a father to me, I went climbing in Mexico since i was 17, and year after year for over 10 years, and Ed was one of the kindest, most inspiring, motivated, bad-ass dude’s I’ve ever met in all my years.

“I just found out he had a heart attack yesterday (Aug. 5, 2015) while in Wisconsin. The climbing community, and the world lost a great man. R.I.P. my friend, I’m going to miss you.”

On May 5, 2020, climbers will not be gathering at a pub or campground because of the covid-19, but everyone should raise a drink (tequila if you care to) in memory of legendary Magic Ed.