Gus Alexandropoulos, the owner and designer at Enigma Equipment, would seem to be the perfect candidate to design the best new routing gear around. He has two decades of new routing experience, he’s been the marketing director for Welsh climbing hardware company DMM and a designer for Blurr clothing. He also climbs a lot of new routes, where he first got the idea of making his own new-routing-specific equipment.

“It all stemmed from finding out that old hodge-podge bags fell apart,” says Alexandropoulos. “After a bunch of hangers and bolts scattered into the talus, I decided that there had to be a solution and set out to create something more suitable.”

The Work Station easily held twenty 3 by 3/8 inch bolts with hangers attached, plus eight drill bits in the slots made for that purpose. Ergonomically, it felt about right. Wide enough to get a hand in and not too big to lose bits and pieces in the bottom. The draw string closure at the top meant we could load it up, throw it in the bottom of the pack and take it out again at the crag with everything still secure inside. It also kept debris that could end up on the bolts and in bolt holes out of the bag.

When it comes to toughness, chalkbags and other expedients new routers have used to hold bolts in the past have nothing on the Enigma. The bag is made of a double-layer of 1000D Cordura, so it’s going to resist the abrasion that happens when a bag full of metal parts rubs against the rock. Most importantly, the Power Loop attachment point is reinforced and fully strong enough to hold the weight of 20 bolts plus drill bits.

The Work station comes in four colours, and is highly recommended. Enigma also make the Base Station for extra bolting hardware and the Power station for carrying spare batteries and a cell phone holder is on the way. 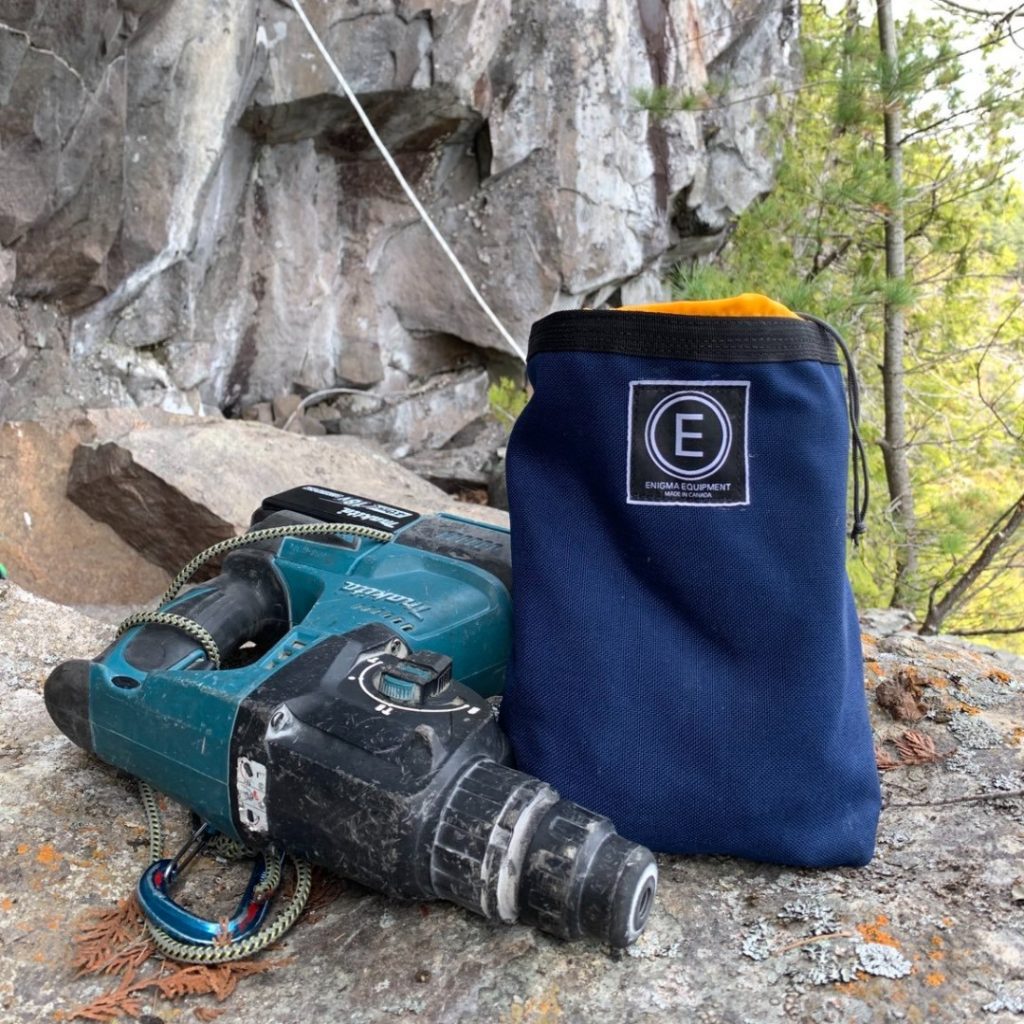