Oct. 2, 2020 was a sad day for the Canadian mountain and outdoor community. On Friday, the B.C. Supreme Court Justice Shelley Fitzpatrick allowed Los Angeles investment company, Kingswood Capital Management to purchase all of the assets of the 49-year-old climbing and outdoor equipment company retailer, the Mountain Equipment Co-op.

Justice Kirkpatrick dismissed the application of a group of members called Save MEC to delay the sale by two weeks in order to give the 5.8 million members an option to have a voice in the fate of their co-op and to collect funds and make a counter proposal.

The Companies Creditors Arrangement Act legislation, (which allows companies to restructure if they owe more than 5 million dollars) procedure undertaken by the MEC’s board, eradicated members’ $190 million in shares and patronage returns. In an interview with Yahoo news, Kingswood’s chosen CEO of the new entity, Eric Claus, said, “Like in any business, if it’s a co-operative or another, equity ranks at the bottom of the list.

“I’m sure there’ll be some people that won’t be happy they lost their $5, but I think the co-op’s given them over the years a lot more value than $5.”

Other stakeholders will also suffer losses.

Steve Jones, a former candidate in the MEC Board of Directors election, argued that “Despite the  [British Columbia Cooperative] Act stating that ‘(2)An association must not dispose of the whole or substantially the whole of the undertaking of the association unless (a) the disposition is authorized by a special resolution of the members…’ the CCAA allowed the co-op to complete a sales transaction that did not require membership approval and did not provide members with an opportunity to provide a stronger offer.”

Kingswood’s Board of directors, however, claimed that “the sale strengthens MEC’s finances and core operating business, preserves jobs, retains the vast majority of MEC’s locations and guarantees members continued access to authentic advice and high-quality products at competitive prices.”

“We understand the news of MEC’s sale — to an American private equity firm no less — is concerning to some members,” said a letter dated Sept. 21, signed by incoming CEO Eric Claus and Kingswood managing partner Alex Wolf. The letter attempted to re-assure members that “we can not only save MEC but make it better than ever while remaining true to its values and ideals.”

On the MEC website, a value statement states that “We want MEC and our members to set examples that inspire other organizations and individuals towards environmental, social, and economic sustainability. In short, we want to leave the world better than we found it.”

The values of self-propelled wilderness travel remained central to the ethos of the organization. In the past, MEC has dropped suppliers linked to environmental abuse or arms manufacture, including five brands owned by Vista corporation in the U.S., a producer of parts for assault rifles.

Kingswood has chosen Jay Taylor, the CEO of LALO Tactical, based in San Diego, to act as the new chief operating officer and president. Lalo’s website states that it was set up in 2009 “to serve the needs of Special Operations Forces.” “LALO is an acronym for “Light Assault Lo-Vis Operator, a nimble, quick, tactical Special Forces Operator.”

It makes boots with names such as Intruder, sold in colours such as Black Ops and Ranger Green. Lalo’s Facebook page shows men in military clothes with automatic weapons with captions that include, “Smile – and then go kick in the door,” and “Too many a-holes, not enough bullets. Serving up some lead for breakfast.”

The Lalo workbook shows a man in a wetsuit emerging from the surf with an automatic rifle. 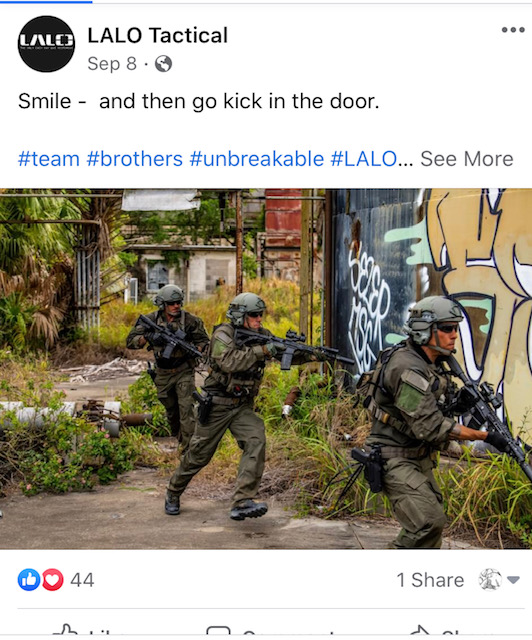 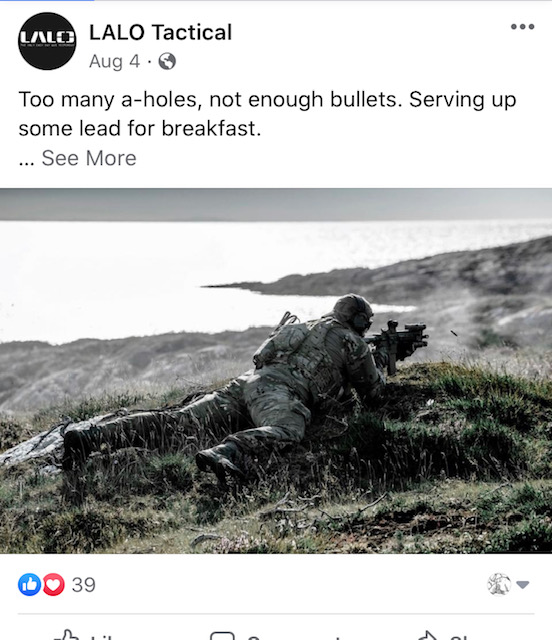 Investment capital tends not to be long term money, so the fate of the remains of the co-operative’s assets in the mid- to long-term is uncertain. Kingswood’s venture capital investors did not buy the MEC because they always wanted to own an outdoor gear co-op, but to see the substantial returns on investment typical of these transactions.

One possible continuation of the co-op’s values and mission is through the re-emergence of smaller, traditional climbing and outdoor retailers. In any case, whatever Kingswood does following upon Justice Kirkpatrick’s decision, it’s time to say farewell to the Mountain Equipment Co-op as it has existed for almost fifty years, forever.