Ice is a big part of the Canadian climbing culture for a number of reasons, with one being because we have a lot of it. From coast to coast to coast, when winter arrives, there’s ice to climb.

Ice Climbing for Beginners is a new series that will focus on what new ice climbers need to know, from apparel and gear to approaches and conditions. I’ve been climbing ice for over 20 years and have been lucky to learn some useful tips the fun way and hard way.

Before we get into the what to know, we’re going to talk about the need to know. The first is that you need to understand why ice climbers should sometimes wear avalanche transceivers and should always have gear with recco technology.

The above photo was taken by Alex Ratson of Quentin Roberts leading on Polar Circus, a classic 700-metre WI5 north of Banff in the Canadian Rockies. The climbers got away unharmed, but other climbers have not been so lucky. A number have died on this avalanche-prone route. Ratson talks about his now-famous photo here.

I’ve turned around from many climbs after getting to the base and checking out the approach slope. Even though the avalanche forecast said the hazard was low, experience told my partners and I that things didn’t look or feel right. After our tuck-tail-and-run retreat below Bourgeau Left WI5, the entire slope above avalanched down the climb. It would have buried us.

That was in 2003, before ice climbers started to carry avalanche gear.

Now, whenever I travel into avalanche terrain for ice climbing, I carry avalanche gear. If there isn’t hazardous terrain above the climb, I’ll leave the gear at the base of the route, but will carry it if there are slopes en route or above.

And every time I go to the mountains, winter or summer, I carry recco.

In an interview I did with Grant Statham, an avalanche-specialist IFMGA mountain guide who’s been ice climbing for more than 30 years, he told me that when we refer to avalanche gear for ice climbers, we’re talking about: avalanche transceiver, shovel and probe.

Statham said ice climbers should carry the gear when they are exposed to avalanche risk. This includes alpine climbing and mountaineering too, not just winter waterfall ice climbing. If you are going to carry the gear, then you need to be practicing enough so you’re fast and competent when things go wrong.

So, who benefits from ice climbers carrying avalanche gear? Statham said: “First and most obviously, the person who is buried! Getting dug out alive seems like a pretty strong benefit. Also their partner, who won’t have to wander about aimlessly on the surface of the avalanche debris and then try to dig a deep hole with their helmet and hands. Then there is the first responders, whose risk gets jacked through the roof when they have to search for climbers not wearing transceivers.”

If you look at this case-study of our 2015 response to Polar Circus – hypothetically, the rescuers’ risk exposure was 400 times what it could have been, just because the climbers weren’t wearing transceivers.

“Damn I hate that,” said Statham. “Finally, if you’re killed, then at least the rescuers can locate your body and bring you home to your family and loved ones – do not underestimate how important that is to grieving families.”

Long story short, if you’re an ice climber heading into avalanche terrain, carry avalanche gear. How do you learn more about how to use it and where to buy it? Read the full interview with Statham here.

You stoked for ice yet? Be sure to follow @timbanfield and @iceclimbing for more great photos from across Canada and around the world. Here’s @jasfauteux on the amazing Fearful Symmetry in the Canadian Rockies. #iceclimbing

Over the past 20 years, I’ve lost a lot of friends to the mountains, from rockfall to rappel accidents, but the most common cause of death has been avalanches, either from cornices collapsing or by being triggered by climbers.

Leading ice climber Will Gadd, recently spoke about the need for ice climbers to wear recco with Arc’teryx. He spoke about the deaths of David Lama, Jess Roskelley and Hansjorg Auer. The three top alpinists climbed a new ice route up the northeast face of Howse Peak in April 2018, but they died on the descent after a cornice collapse. It swept them hundreds of metres to the slopes below.

Gadd said: “Multiple slides had raked the face, and there weren’t a lot of clues to help find the alpinists in the complex terrain. Avalanche beacons might have helped, but it’s a big face. Families hoped and waited for news as the days went by. Eventually they found a few surface clues below the face, but the snow above was so unstable they had to search for hours while tethered into hovering helicopters in case a slide came down… There had to be better solutions.”

The solution is to wear apparel and gear that has recco tech built into it. So, what’s recco?

Recco is found in a lot of climbing brand’s gear, such as pieces by Arc’teryx, Mountain Hardwear, Patagonia, Black Diamond, Grivel and more. You just need to look for the recco logo on the gear to see if it’s included.

If you don’t want to buy new gear just to have recco, then just buy an attachable recco reflector, which you can learn more about here. 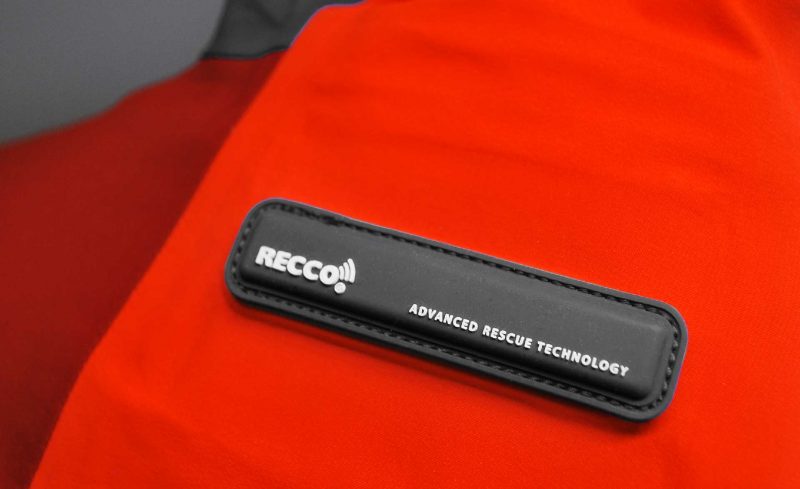 “There are many lost climbers who have been missing for years,” said Gadd. “The tragedy of loss compounded with the unknown can be reduced going forward. There are better solutions. Good judgement is always the first defense for avalanches, but we all make mistakes so full avalanche gear is the second defense, and Recco is the minimum acceptable defense if you value your family, friends and the SAR teams who will respond.”

Statham finished our conversation with: “If you love to climb and plan to do it for your entire life, then your best chance at success is to take the risk seriously and minimize it at every chance. That doesn’t mean eliminate it, or you’ll never climb anything, but in every scenario try to minimize your risk.

“Why not stack the odds in your favour? Sure you can probably get away with shortcuts if you’re an occasional climber, but that’s just luck. Fools rely on luck. If you keep doing that, sooner or later your luck may run out, and luck is not something to be relied upon – the better alternative is skill.

“So get really good at both climbing and risk control. Learn about risk and how you can reduce it. Be psyched when you climb something awesome in good style, which includes being light, fast, minimalist . . . and smart.”

Next week, we’ll talk about techniques for the new ice climber.

Take an avalanche course with Avalanche Canada before you venture into the mountains this year. Find courses here.

Since @mec started to support our Avalanche Canada Training program in 2006, an incredible 97,645 students have taken an AST, CRS or MAT course. That's an amazing number of people getting trained to stay safe in the mountains and we can't wait to add to that number in the future- thanks MEC for helping to make that possible! #AvCan #KnowSnow