The Climb, a Max Original series, and the first climbing reality TV show, debuts on Jan. 12 with three episodes, followed by three new episodes the following week, and concluding with the final two episodes on Jan. 26. Press for the “The ultimate test,” claims the press release for the show, “to crown the world’s best amateur climber with a prAna sponsorship and a $100,000 cash prize.”

The series was created by Jason Momoa, an actor familiar to audiences for his roles in Game of Thrones and Aquaman, and Chris Sharma, who requires little introduction to most climbers because of his groundbreaking sport climbs and boulder problems in the US and Europe. The two met in Hueco Tanks, before either of them had launched their professional careers.

“The show was Sharma’s dream,” Momoa told Gripped. “And I’m proud of our climbing community,” he says. “I wouldn’t be here as an artist without climbing. I didn’t set out to be an actor, I went out into the world as a climber. Climbing is all encompassing for me. ”

The show is “not the Olympics, or watching someone climb 5.15,” says Sharma. “We’re trying to show people that climbing is for everybody. It’s just about getting outside and going climbing.”

Fulton Welch, the oldest, is 53. “There were thousands of applicants,” said Momoa. “We had to be really tough. Chris was a real stickler for climbing skills, and we had to get the right people for the show.”

The grade of the routes and the location of the crux of each route is helpfully pointed out with graphics, which will please climbers and non-climbers alike. Without giving anything away, we can say that the dynamics between the competitors and their strengths was distilled in the first climb, a 5.11 deep water solo. Based on the teaser, we can see that future episodes will see the climbers doing multi-pitch, trad, bouldering and sport climbing as well, and there will be a visit to the big walls of Wadi Rum in Jordan.

The series ending, says Momoa, was “one of the biggest surprises I’ve seen in all my years in film.” We had the opportunity to watch The Climb and enjoyed ever minute. We recommend that climbers and non-climbers check it out. 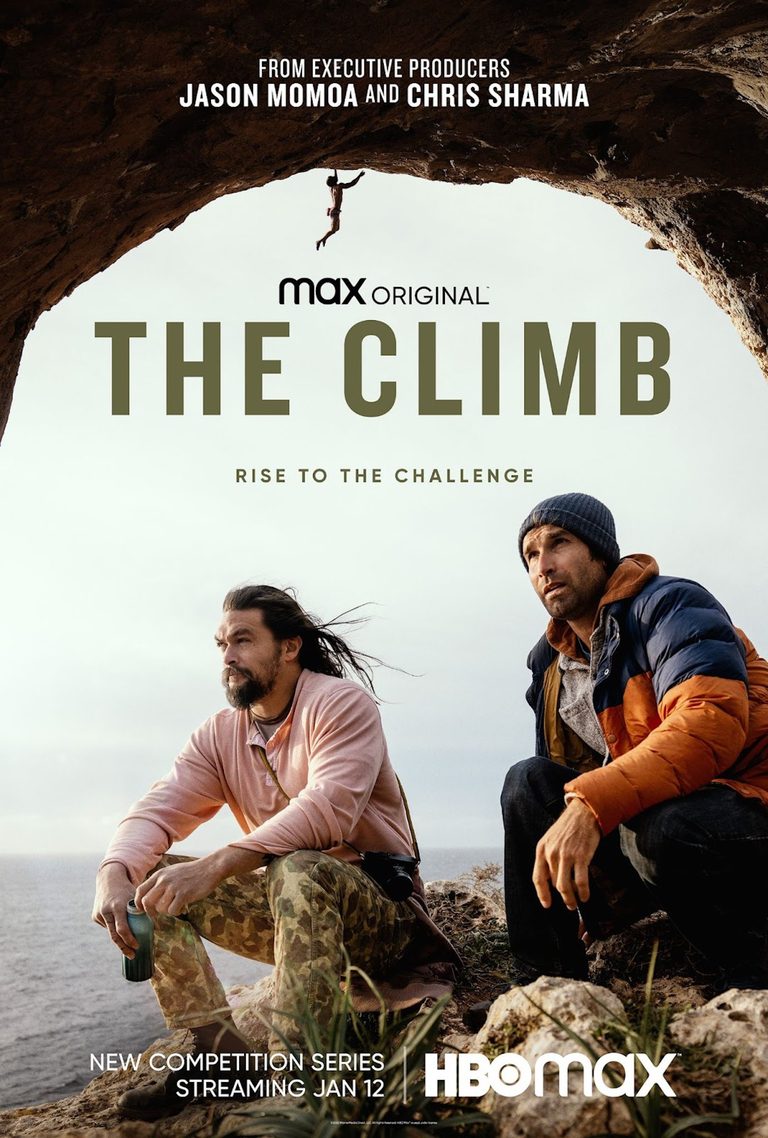 Trailer for The Climb