Rick Ridgeway opens Live Lived Wild by telling you that he’s spent no less than five of his allotted years on the planet in a tent. And we’re not talking glamping. If someone tells you that in a mannered, articulate way, you’re going to put your cell phone away and consider their stories. This is the case with Ridgeway’s book. These are travels that took him to the various remote corners of the world, to some of its most demanding summits. 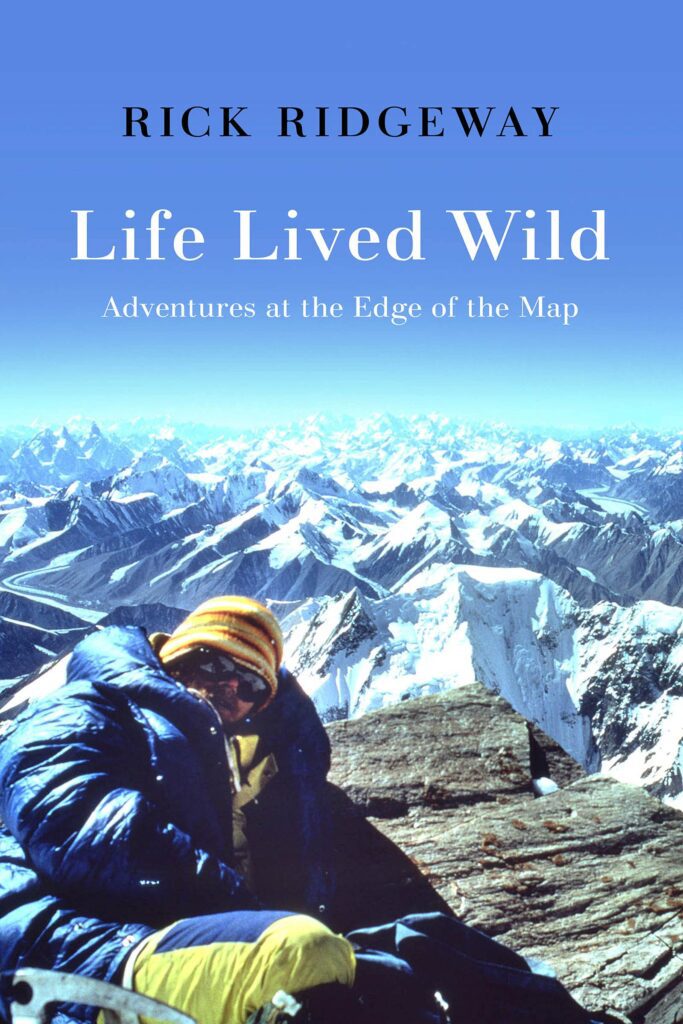 You’re going to take his views on adventure, marriage, and incorporating environmental activism into your everyday life seriously. You’re going to enjoy the photos taken as they reach into the decades before digital. They reflect a diverse range of interests in how one might traverse landscapes — geographically, but also in a more abstract sense of the word.

Ridgeway’s means of traversal include hip waders at the Arctic Ocean, fixed ropes on the knife-edge ridge that lead to Camp IV on first ascent of the Northeast Ridge of K2 and pulling custom-made carts with balloon tires across a scarcely traveled—essentially uninhabited—region of northwestern China.

Twenty-Five Stories make up Live Lived Wild. They begin with the end of the era of big expeditions in the Himalaya; as they were before they became commercial operations. They share paths with legendary figures Jim Bridwell, Yvon Chouinard, and Conrad Anker.

They support Dick Bass and Frank Wells on their achievement of being the first seven summiteers. A key thread, moving the author to consider ecological preservation as necessarily concomitant with the pursuit of climbing, is Ridgeway’s friendship with North Face founder Doug Tompkins.

Although Ridgeway doesn’t explicitly state it, Live Lived Wild is filled with exploration on the nature of courage. The courage to dispense with oxygen and fixed ropes on the final push to the top of K2. The moral courage to understand one’s role in a partner’s death in the mountains. The courage to choose the path of being an entrepreneur. The courage to act on one’s environmental convictions. And when all else fails: the courage to bash someone’s head into the gates of Panamanian prison cell.