Sharon Wood was the first Canadian and North American woman to summit Mount Everest back in 1986 while on the Canadian Light expedition led by Jim Elzinga. Wood was one of Canada’s leading big mountain climbers in the 1980s and has been guiding and climbing around the world for the past 40 years.

She began climbing in the early 1970s at an Outward Bound climbing camp. Laurie Skreslet, the first Canadian to climb Everest, said, “It was obvious to me the moment I saw her that she was committed, grounded, determined, focused, persevering and overflowing with potential.”

She’s been awarded an Honorary Doctor of Laws Degree by the University of Calgary, appointed to the Honour Roll for Outstanding Achievement by MacLean’s magazine, awarded the inaugural Tenzing Norgay Award as Professional Mountaineer of the Year from the American Alpine Club and New York Explorer’s Club, awarded the The Summit of Excellence Award by the Banff Centre and awarded The Meritorious Service Medal by the Governor General of Canada.

Then at 9:00 pm ,after what felt like an eternity ,Sharon keyed the radio and shouted,"We're here,we're really happy up here!"Through the telescope we watched Sharon and Dwayne unfurl a Canadian Flag-Sharon the first North American woman on the summit of Mount Everest. Poof,the wind ripped the flag out of her hands.It sailed like a piece of kleenex against the evening sky. Now they had to descend the North Face in darkness after spending 20 minutes on top.

In 1977, she joined an all-women’s expedition to Mount Logan. Then in 1983, she had her first big success with the Cassin Ridge on Denali which “really changed my attitude. I didn’t see myself so much as a woman but as a climbing partner. I came back with a lot of confidence.”

She went on expeditions to Makalu (1984), the South Face of Aconcagua (1984) and the Northeast Face of Huascaran Sur (1985). After the 1986 Everest ascent, fellow Canadian climber Albi Sole said, “It’s not because she was a woman that she got to the top, it’s because she was the right person for the job” 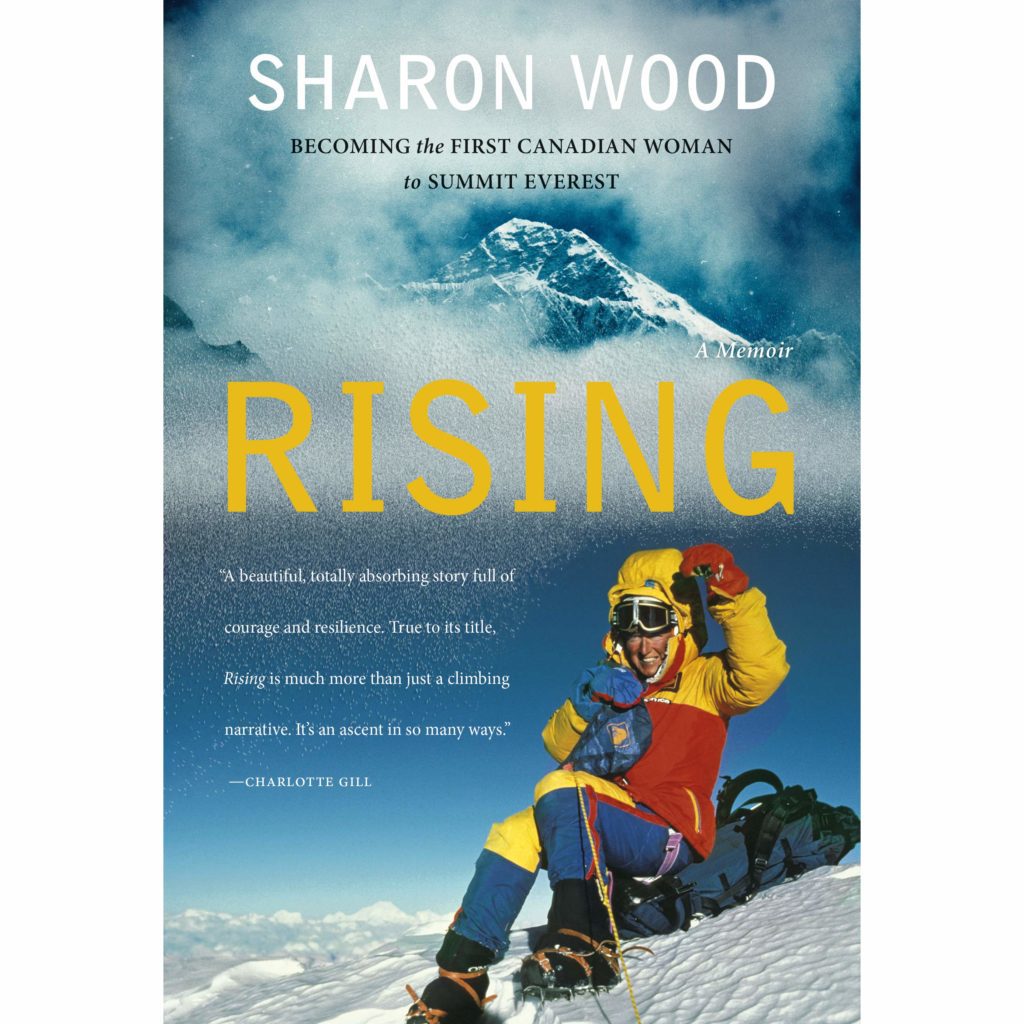 Despite being a motivational speaker and climbing guide, Wood tries to stay out of the media spotlight. “An uncomfortable part of being a summitteer, for me, is the public and media’s one‑eyed view of heroes – our summit was the bottom line result of a series of collective heroic and selfless acts by all the team members,” she said.

“Dwayne and I stood on top because of the sacrifice, effort, integrity and heroic efforts of our eleven other team members.”

Wood has a new book that will be published in the near future called Rising: Becoming the First North American Woman on Everest, which you can read more about here. Wood lives in Canmore and continues to be a mentor for younger climbers.