“I’m going to go big and fall big,” Matt Cornell told me as he stepped off the ground for his onsight go on the 55-metre Crimson Cringe, a 5.12 fingers-to-hands splitter in Yosemite Valley.

True to his word, he lobbed back-to-back five- to 10-metre falls, flying out of the crack before the rope came tight and he bounced softly. One fall resulted in the rope rubbing over a knob and I expected sheath damage, but after inspecting the cord, there were no signs of wear.

The Swift Protect Pro Dry uses woven, static, Aramid and Polyamide sheath fibers around a dynamic core to balance lightweight and durability. The fibers in the sheath give the rope a stiff feel, but it’s dynamically rated. Aramid is similar to Kevlar, the material used in bullet-proof vests. By adding Aramid fibers to the sheath, the 8.9mm rope has the cut resistance of a 10.4mm rope.

UIAA dry test certification requires dry ropes to absorb less than five per cent of their water weight; the Swift Protect ProDry absorbs less than half of that, at two per cent.

The triple certified (double, twin and single) Swift Protect ProDry is the first rope on the market made with Aramid built-in cut resistance fibers. “Ropes with Cut Resistance technology have almost twice as much cut resistance as conventional mountain ropes,” Edelrid says. 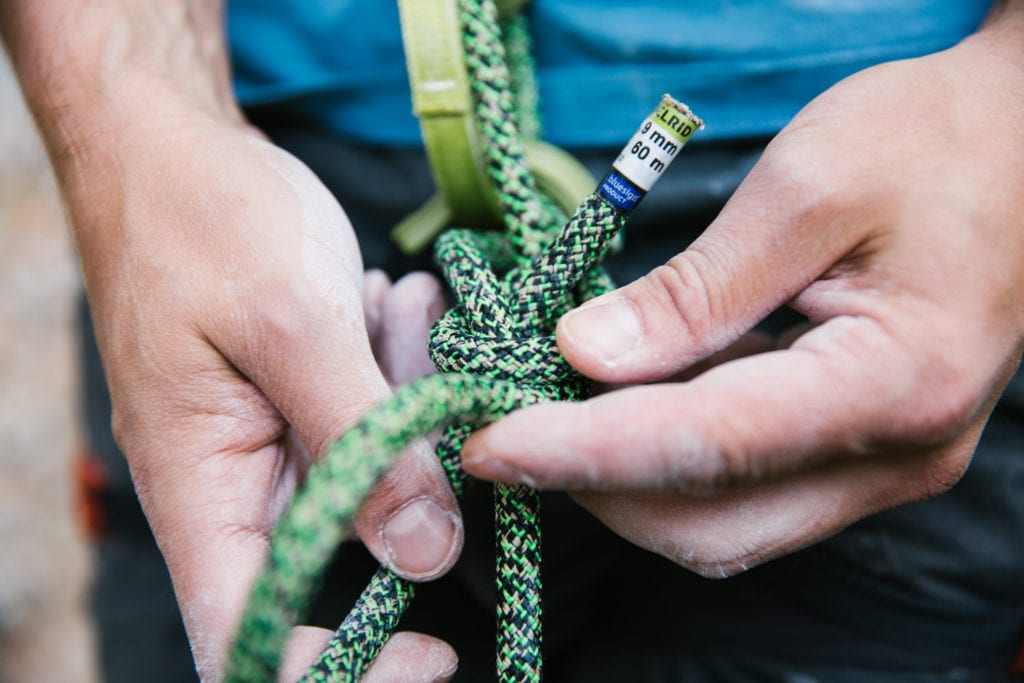 Today, months after heavy use, including climbing the 200-metre 5.10 Third Pillar of Dana, “one of the more spectacular lines in Tuolumne” and the uber-classic 350-metre 5.11 Astroman on Washington Column, the line still looks new. I’ve rappelled on it countlessly with GriGri’s and MegaJul belay devices, dragged it through chimneys, and used it for laps on massive-top rope climbs.

One would expect an 8.9mm rope to wear out after months of use on long Yosemite routes — that’s how all my other 8.9mm cords have performed — but it’s holding up so well that it still looks and handles like new.

The stiffness has dissipated, and it’s become more supple to handle. And because it’s ultra-light and extra-durable, it’s become my workhorse rope, perfect for single hard pitch redpoints and all-day free climbs.