Yamnuska is one of Canada’s most popular multi-pitch rock climbing areas and was the cliff where technical climbing was introduced to the Canadian Rockies with Grillmair Chimneys back in the early 1950s. There are now dozens of classic routes from 5.6 to 5.14.

When a climber tops out, they join the hiker’s trail along the kilometres-long summit ridge and descend either by hiking east or west. Climbers who ascend routes on the west side of Yamnuska can now enjoy a casual descent through trees and past big boulders, which avoids the original scree descent.

The trail changes have been long overdue. The original scree “trail” forced hikers and climbers to follow loose rock down steep slopes, which sometimes resulted in injuries. In 2020, a Calgary man died while descending the scree after a rock knocked down by another person struck his head.

The scree descent is still open for those who want a speedier descent, but the new West Col Trail is a welcomed reprieve which will reduce traffic on the scree and from under the climbs on Yamnuska.

The original 34 rock climbs were documented in a guidebook by Urs Kallen and have gone on to become the must-tick list for all hardcore Yamnuska climbers. Modern classics include Pony Express 5.10b, Devil’s Right Hand 5.11c and Blue Jeans 5.13.

Read about Yamnuska and The Chief, another of Canada’s iconic mountains for hiking and rock climbing, here. For a story about some of Yamnuska’s history by legendary Calgary rock climber Andy Genereux see here. 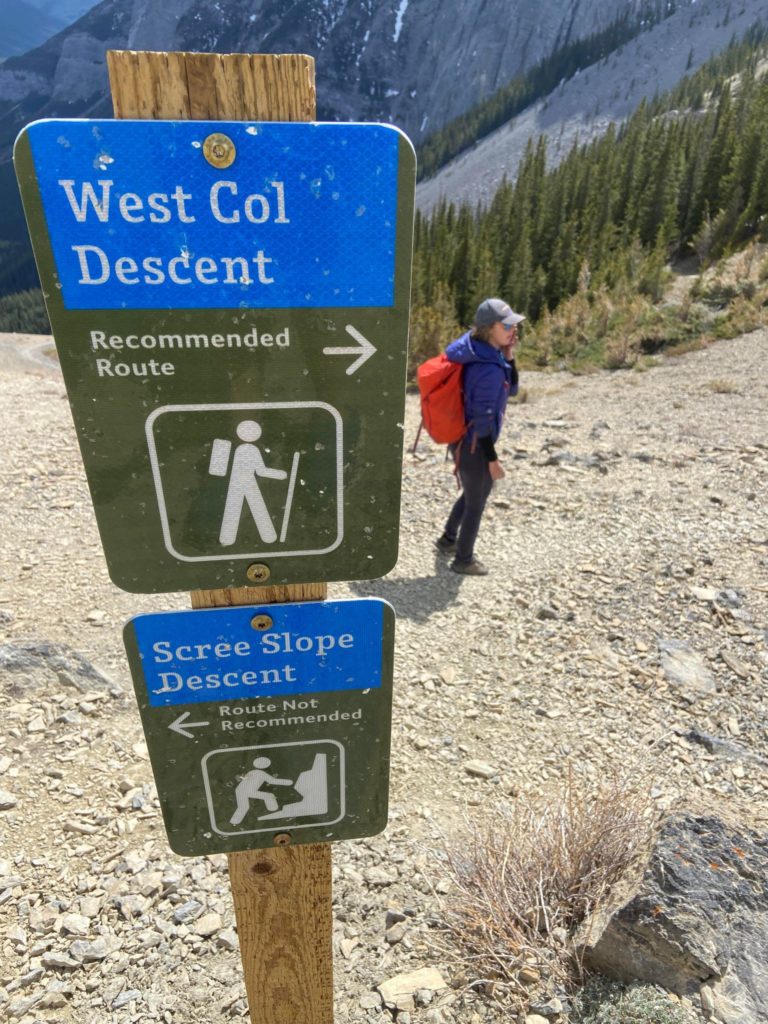 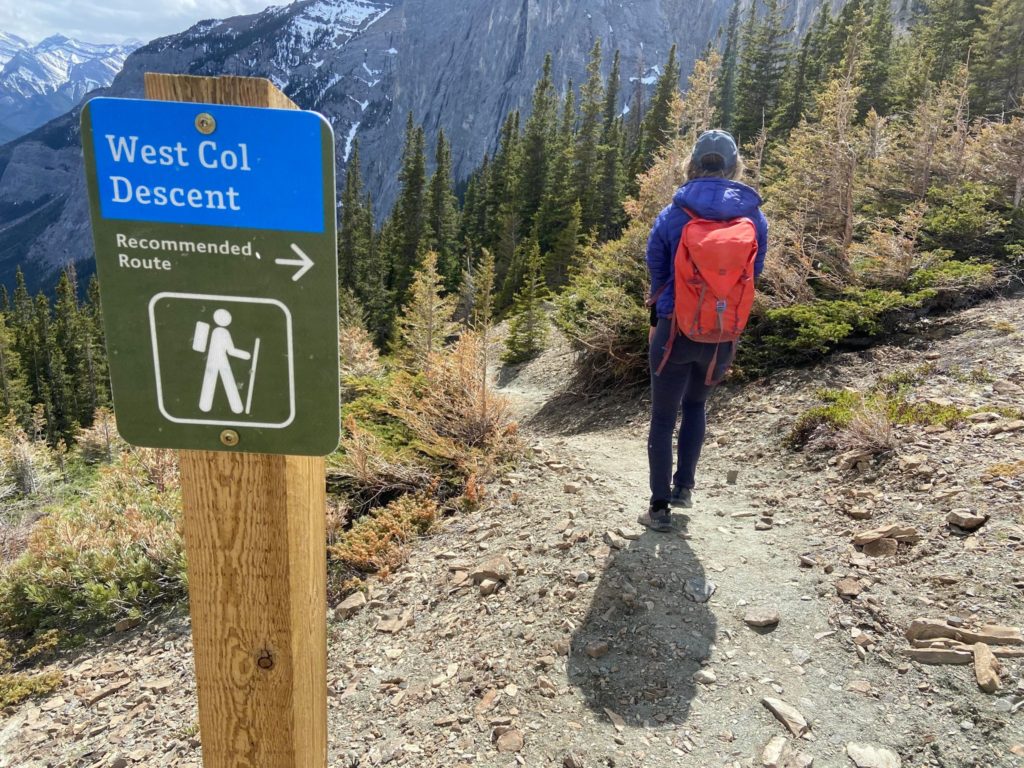 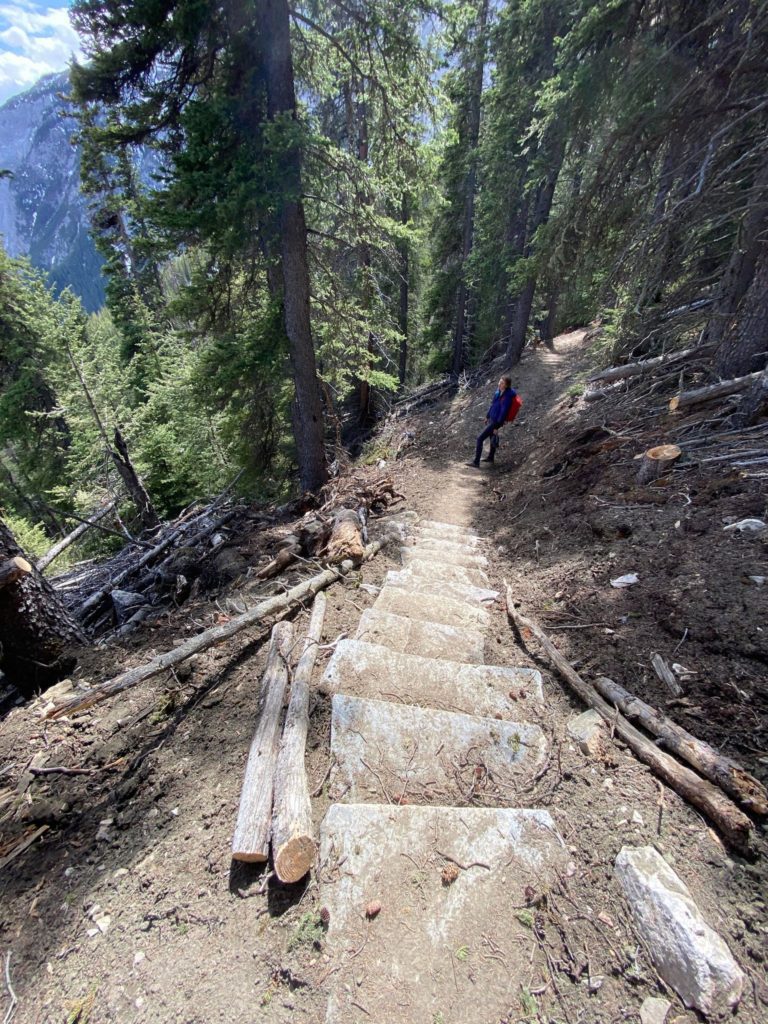 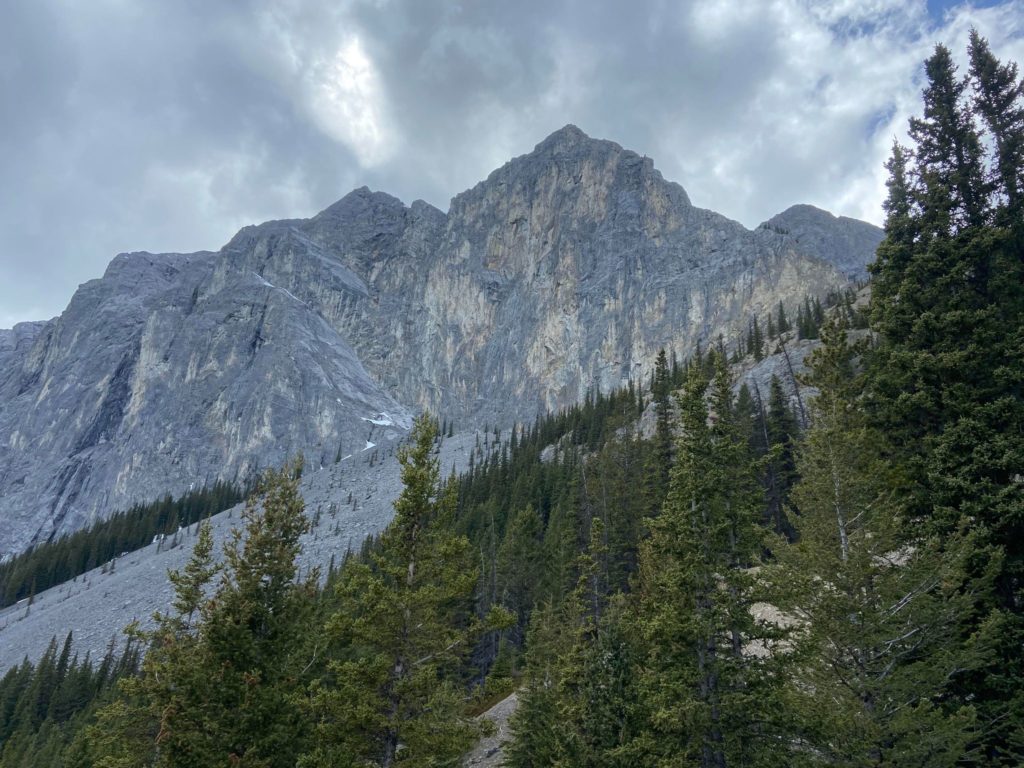 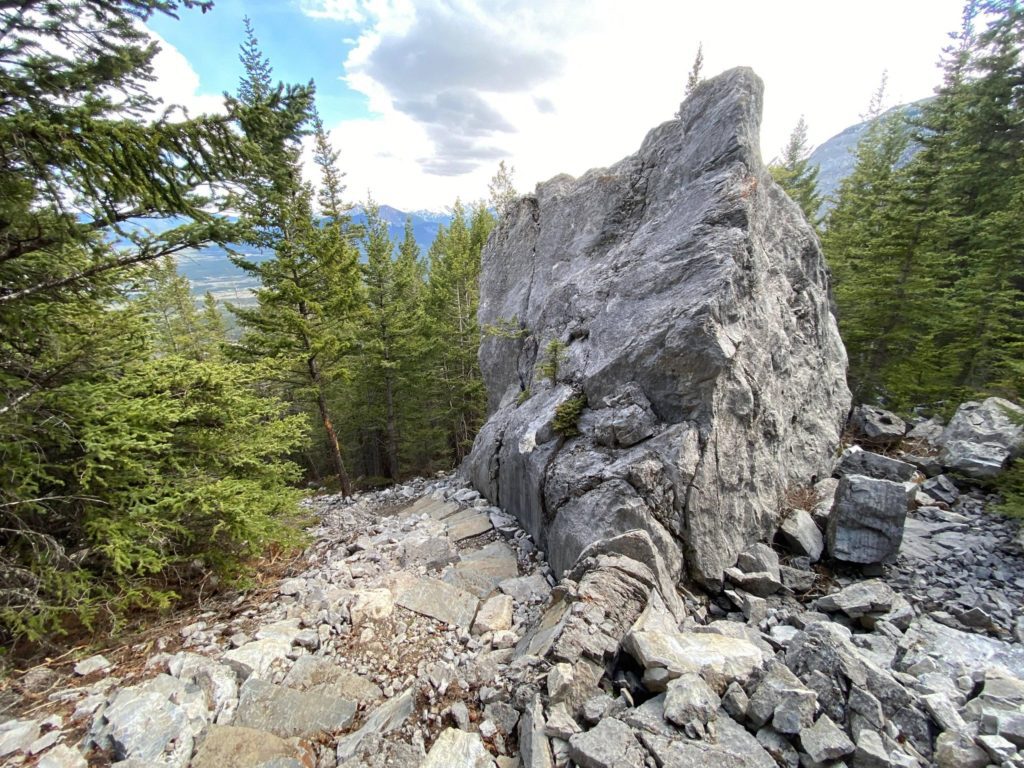 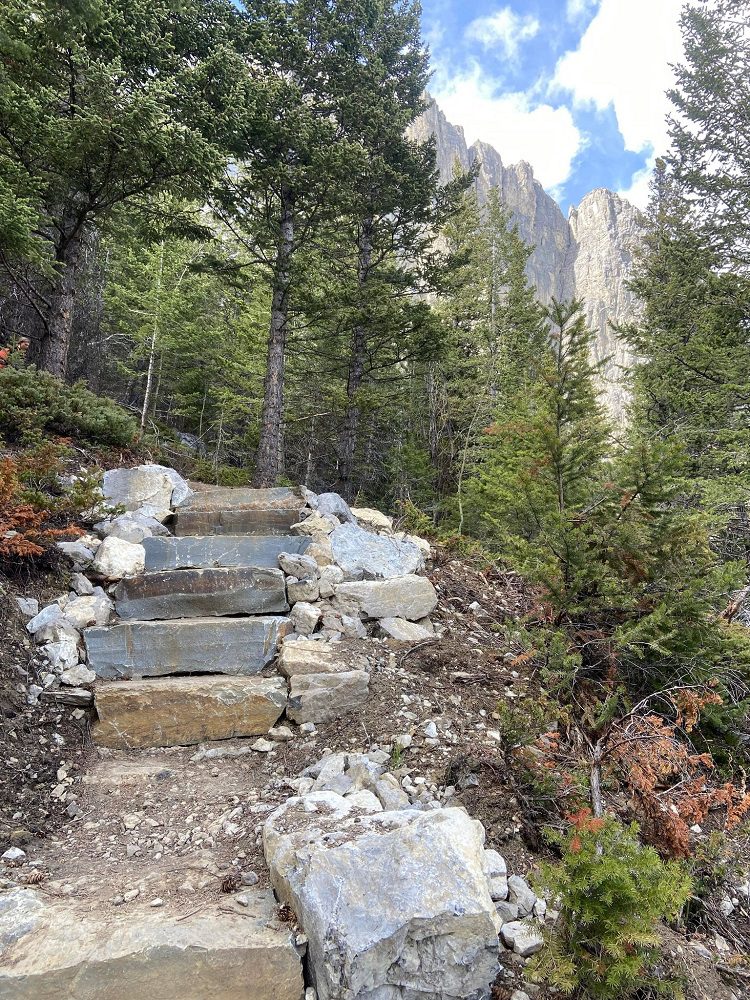 Low on West Col with Yamnuska above 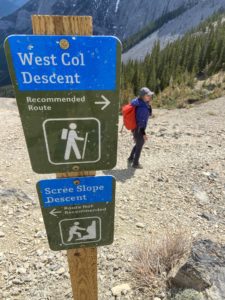 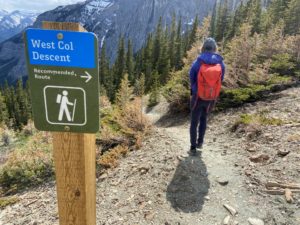 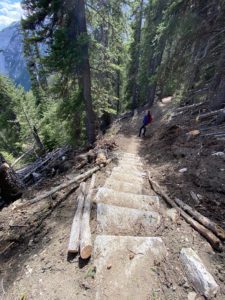 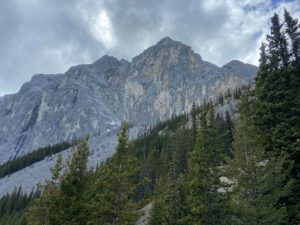 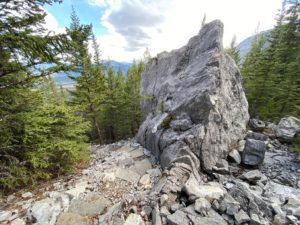 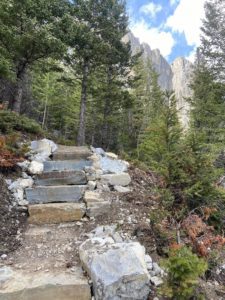