With summer alpine climbing conditions upon us, consider heading to the high mountains for some summer rock adventures. B.C. has some of the best alpine climbing in North America and you probably won’t run into many crowds, if you choose your objective wisely. While the Bugaboos are many climbers’ first option, there are some other great choices such as the five places below. For 10 tips for your first alpine climb, see here.

Neskawatch Spires: There are a lot of great alpine peaks close to the coast, including the Neskawatch Spires. From Alpine Select by Kevin McLane: “The two elegant towers of North and South Nesakwatch Spires are prominent on the crest of the divide just north of Rexford’s north summit. The climbs described are short but airy with a very alpine feel to them, and are all reached from the Nesakwatch creek. Considering the amount of good granite, this area receives surprisingly little attention.” There are a handful or excellent climbs, such as East Buttress of South Spire at 5.9 and Dairyland 5.10d on the west face of the south spire. For more info visit here.

Rogers Pass: This area between Revelstoke and Golden is known for deep powder skiing, but you can also find world-class alpine rock climbing. Found inside Glacier National Park, Rogers Pass is found in the heart of the Selkirks. There’s good quality quartzite on the Swiss peaks, Roger, Macdonald, Uto, Sir Donald, Jupiter, The Camels and more. Two classics are the Northwest Ridge of Sir Donald 5.4, and the West Ridge of Tupper 5.6. Buy the guidebook here.

Valhalla Range: Valhalla Provincial Park is found north of Nelson above the Slocan Valley. The main peak is Gimli with its many classic routes including the South Ridge 5.9. In 1972, John Roskelly and Roy Kligfield made the first ascent of Judy Blue Eyes 5.9 A2, the first grade VI Yosemite-style big wall in Canada. Other peaks include Asgard, Gladsheim and Nisleheim. The approach dirt road requires a 4X4. Interior B.C. climbers Cam Shute and David Lussier, along with Chris Rowat and many others have announced an upcoming Valhalla Rock guidebook. You can check out a teaser here.

Tantalus Range: The Tantalus Range is about 12 kilometres northwest of Squamish, and the peaks are named after Greek gods. The highest peak is Tantalus itself. You need glacier experience, and doing a day trip is pretty much out of the question. This is rugged alpine terrain that offers some stellar climbing. There are two huts: Jim Haberl Hut and Tantalus Hut. There’s an alpine sport route called Dehdrated on Dalwhinnie on Dione that goes at 5.11b over 10 pitches. Check out Alpine Select by Kevin McLane for more info. 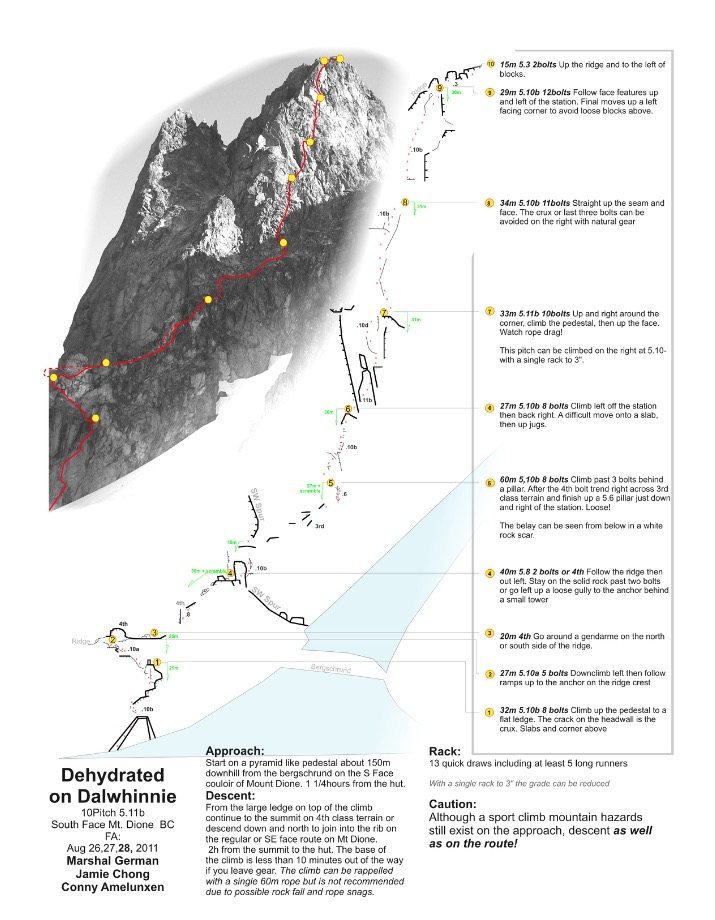 Strathcona Provincial Park: There are a number of popular Vancouver Island alpine peaks in the park. One such mountain is Colonel Foster, which can be found after a few hours hike up the Elk River Trail. There are a dozen quality alpine rock routes, like the 1,200-metre Into the Mystic 5.9. The peak has already been climbed this year, check out a trip report here. You can find great options in Island Alpine Climbing. 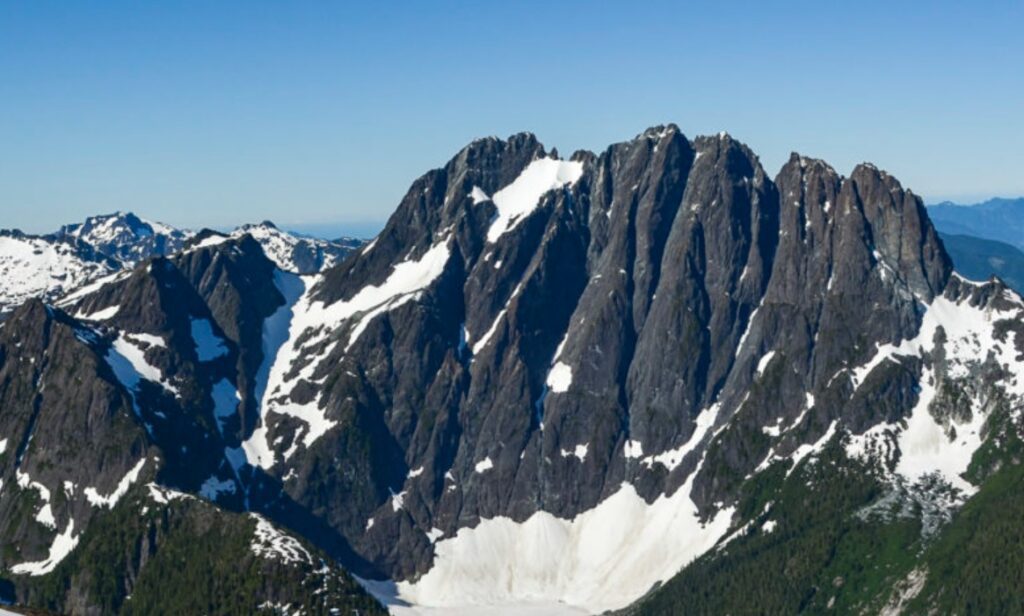