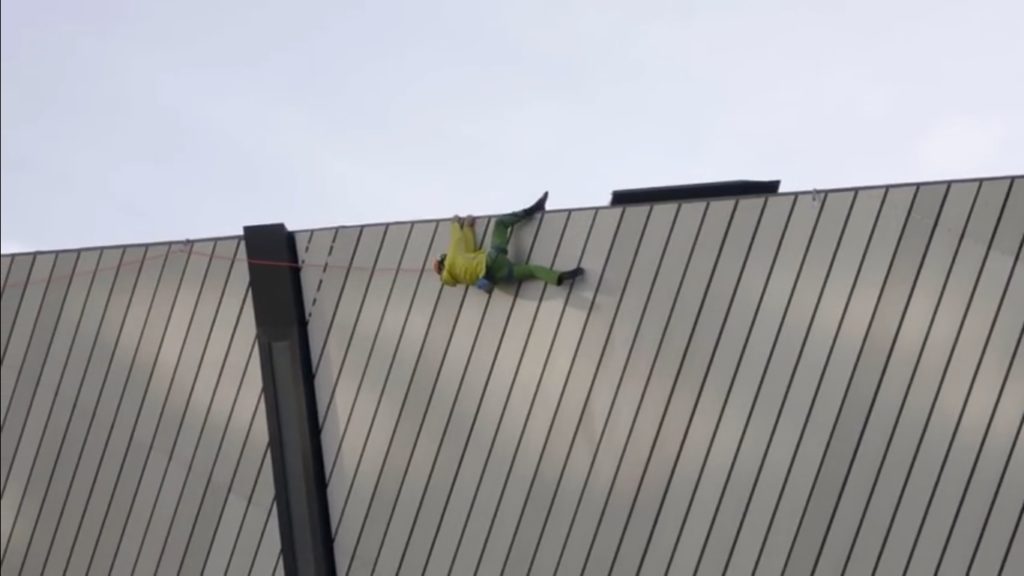 In 2016, Kevin Jorgeson visited Toronto and got the go ahead to climb the crystal feature on the Royal Ontario Museum (ROM).

“It’s sort of like a reverse 5.10 version of Dreamcatcher,” joked Jorgeson. In the short interview, Jorgeson talks about the history of free climbing in Yosemite.

Jorgeson and Tommy Caldwell made the first free ascent of the 32-pitch Dawn Wall in Yosemite in 2015.

After their climb, Jorgeson said this about who his climbing heroes are, “Tommy was one. It was kind of surreal working with him, especially in the beginning. I had to pinch myself.

“John Gill was another. I love looking at old photos of him pioneering bouldering. Lynn Hill, of course, was way ahead of her time on El Cap, and is now a good friend. And a modern bouldering hero, Fred Nicole, is totally blazing the way for the standards we have today.”

Watch Jorgeson climb the ROM below.