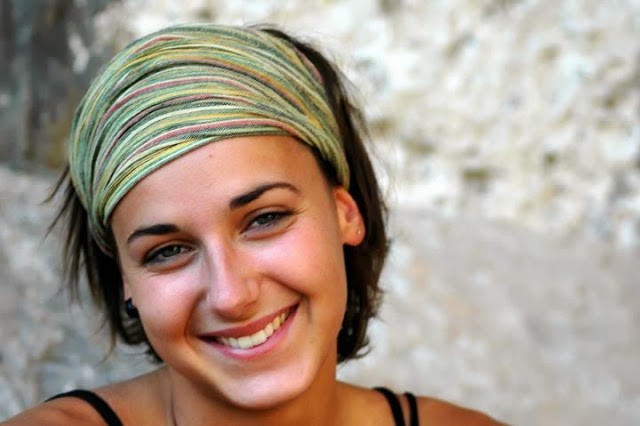 This spring she spent five weeks projecting the route.

Alex Huber made the first ascent in 1994, and it was repeated nine years later by Ramón Julián Puigblanque in 2003, after nearly fifty tries. Huber’s original 1994 route ending at a set of chains, but Puigblanque linked the route to another and is known as La Rambla extension.

Huber gave his line 5.14c, Puigblanque upgraded Huber’s original La Rambla to 5.15a, the short seven-metre extension did not increase the grade, which makes La Rambla the first 5.15a ever climbed, many years before Chris Sharma’s Realization, 5.15a.

The German 31-year-old Daniel Jung attempted La Rambla in 2013, returning in 2014 he made relatively quick progress. It was his first 5.15a.