Stories that include statements like “climbers are causing environmental and cultural damage, including cutting their own paths to sites, putting climbing bolts in rock walls, leaving chalk and even defecating in sacred areas resulting in a climbing ban covering about a third of the park” are unfortunately all too common.

If it is one of the world’s most famous climbing areas like the Grampians in the example above, the just recently announced bolting and route development ban in the Bitterroot National Forest in Montana or the complete closure of one of the hardest climbing areas called Laghel in Italy (hosting Stefano Ghisolfi’s 5.15d project), the root cause is often the violation of existing rules by climbers themselves, not out of disrespect but simply often out of the lack of awareness.

Some may remember the death of Kimi Worrell. She died because fixed equipment failed while lowering off. While all over the world efforts are being made to catalogue issues with fixed gear, stress corrosion cracking or ageing and overused equipment (e.g. by the UIAA) the information is not easily disseminated to individual climbers. Despite these efforts the lack of awareness might result in severe injury or death.

These two examples make it apparent that technology, and the eyes of many who enjoy the sport can minimize the possibility that another person’s life ends too early or that another climbing area is closed for good. Add to the list issues resulting from the non-observance of seasonal closures like for bird-nesting, accidents happening because of wasps or snakes on a route or issues created by rockfall and the need for accurate, globally available and timely information becomes obvious.

Together with selected climbing advocacy groups, theCrag – the world’s largest rock climbing and bouldering platform – has developed a Warning System that allows the community to record warnings, comment on them as they evolve and – in the end hopefully – resolve them for the benefit of all stakeholders. All this while ensuring that the information is disseminated to everyone concerned and interested in a timely manner, not using an additional system but the climbing resource you are probably already using. 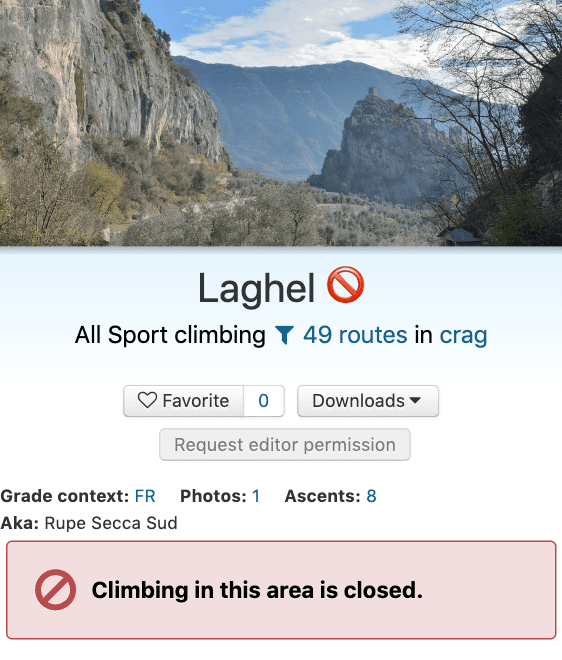