American James Monroe Thorington first visited the Canadian Rockies in 1914. He became a prominent mountaineer who climbed 52 first ascents in the Rockies and Selkirks. Following explorations and numerous first ascents by Collie in the first decade of the twentieth century, the area around the Columbia Icefield had been ignored for some time until Thorington’s visits.

In 1923, together with W.S. Ladd and guide Conrad Kain, Thorington completed the second ascent of Mount Columbia, the third ascent of Mount Athabasca, and first ascents of Mount Saskatchewan and North Twin.

He spent two summer as a young man in the Bavarian Highlands, which started his passion for mountaineering. Fifteen seasons were spent in the Canadian Northwest, during which he explored much of the Alberta-British Columbia watershed between Mount Assiniboine and Robson.

A peak in the Purcells now bears his name. Many of the names of peaks suggested by him were accepted by the Geographic Board of Canada.

After a close association with Conrad Kain, Thorington completed and edited Kain’s autobiography after the guide’s early death. “Where the Clouds can Go” is a classic of mountain literature. The first “Climber’s Guide to the Canadian Rockies” was co-authored by Thorington.

His finest book was “The Glittering Mountains of Canada” published in 1925.

In it, he wrote: “We were not pioneers ourselves, but we journeyed over old trails that were new to us, and with hearts open. Who shall distinguish?” It summed up Thorington’s enjoyment and appreciation of his days in the Canadian Rockies.

He climbed and traveled in the Alps as well, and he was familiar with the major groups between the Dauphiné and the Gross Glockner. He wrote Mont Blanc Sideshow (1932) and A Survey of Early American Ascents in the Alps (1943). A list of his historical and other papers, issued in 1967, contained more than 275 titles. He also made ascents in the English Lake District, Norway, Swedish Lapland and Sicily.

He edited the Bulletin of the Geographical Society of Philadelphia for nine years and also served as Honorary Trustee of the International Folk Art Foundation of Santa Fe, New Mexico, to whom he left his extensive collection of Alpine folk art.

His guidebooks to the Canadian mountains have helped countless climbers up many serious peaks.

From the chapter on North Twin in Glittering Mountains of Canada (which you can read online here): “Our own peak, immediately above us, its corniced summit ridge intermittently hidden by snow-flurries and wind-blown mist, rose in a slope of glistening snow, steep and unbroken. Conrad was leading, I was second, and Ladd last on the rope.

“The wall of snow was ever before us as we went up; there was considerable step-cutting, not in hard ice, but in crusted snow, and our pace slowed before the top of King Edward came into view above the sharp arete of South Twin. We reached the summit just thirteen hours after leaving camp: fleeting glimpses of winding rivers in the west and of shining summits in the direction of Maligne Lake and Wilcox Pass were blotted out in the closing mist.” 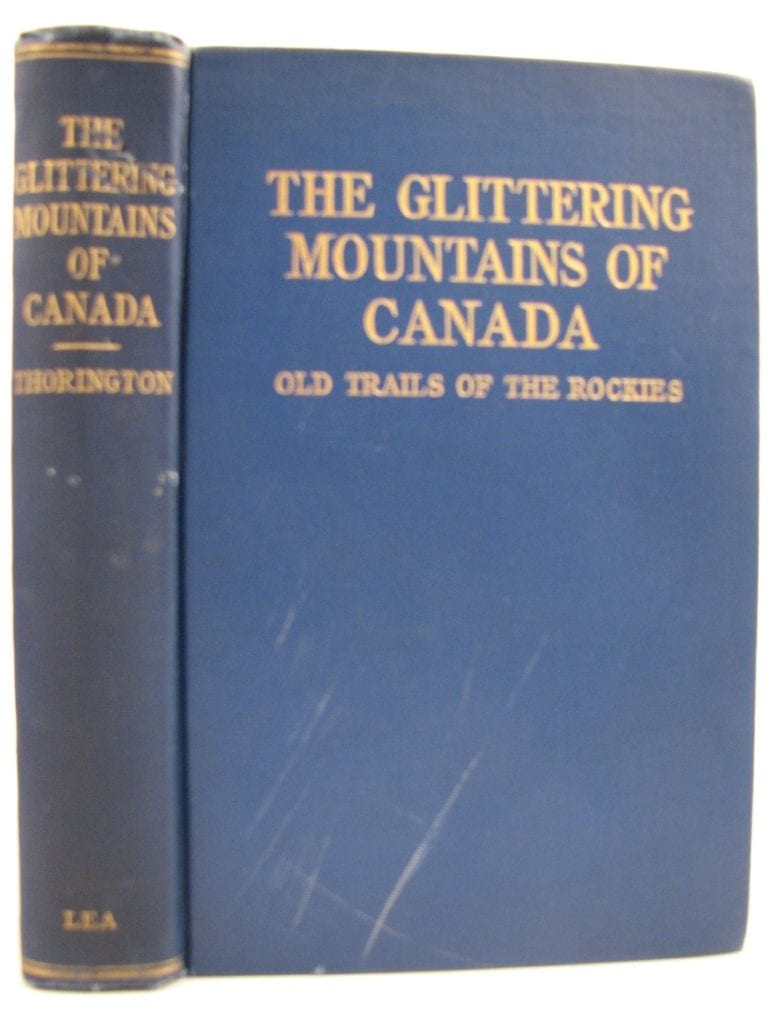