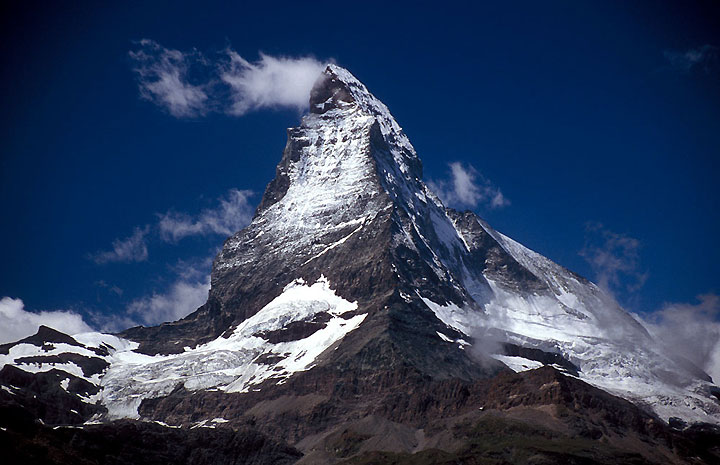 The following seven glaciers are melting before our eyes, they are over 10,000 years old.

Many often wonder why Europeans get so hot and bothered about climate change. Perhaps it has something to do with the fact that they are in direct, daily contact with one very sobering reality — their ice is vanishing.

European glaciers have been some of the hardest hit by climate change. Since the first half of the 19th century, about two-thirds of the ice cover was lost in the Pyrenees with a marked acceleration after 1980 and in the Alps, home to the world famous Matterhorn, nearly half the glaciers have disappeared since record keeping began.

Often called the “water tower” of Europe, the Alps contain 40 per cent of Europe’s fresh water supply. The dramatic disappearance of ice on the Matterhorn last year has prompted the need for the border between Switzerland and Italy to be redrawn.

Alaska, home to several of the most famous gubernatorial climate skeptics is also home to some of the most dramatic examples of climate change.

The astonishing recession of the massive Muir glacier is just one example among dozens (see graphs below), causing many scientists to warn of earthquakes triggered by tectonic plates with suddenly lightened loads.

Home to the planet’s largest body of ice outside the polar caps, the Himalayas feed several of the world’s largest rivers, supporting close to a billion people.

In the western region of Himachal Pradesh, new evidence tracks an annual ice loss of nearly three feet in thickness per year, doubling in the past decade from the decade prior.

Will the Himalayan glaciers disappear this century? Not likely, but Chinese government officials are growing concerned that retreating ice may spell the end of reliable water supplies for China.

Satellite images of Greenland’s Helheim Glacier dating back to the 1950s show the massive glacier has remained in tact for decades. But In 2000 it suddenly began disappearing.

The famous snow-cap formed 11,000 years ago but has diminished more than 85 per cent since 1912, and nearby Mount Kenya has lost nearly all of its ice at an average of one-metre per year, threatening water supplies for millions of people.

Scientists now predict that the last great African glaciers could be gone within 20 years.

The Chacaltaya glacier, once the highest ski resorts on earth, has completely vanished in the relative blink of an eye.

A study on Bolivian glaciers in 1998 predicted the glacier’s disappearance by the year 2015, a claim that at the time was dismissed as overly dramatic.

But early last year, it was officially announced that the glacier ”… no longer exists,” an event which threatens both water and power supplies in the Andean region.

Melting has tripled in the last decade, and it is expected that several adjoining clusters could have less than 30 years to survive.

Based on the latest reports, Montana may have to think of a new name for its famous Glacier National Monument.

Of the 38 square-mile area once covered by glaciers, less than 25 per cent remains.

Researchers believe that by the year 2030, the vast majority of ice in Glacier National Park will be gone unless current climate patterns are reversed.