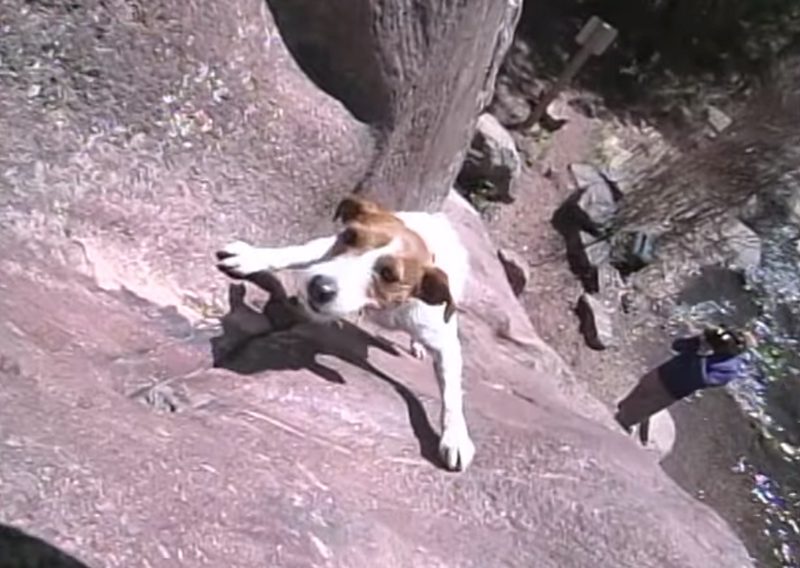 It was over 10 years ago that Biscuit the climbing Jack Russell Terrier stole our hearts.

Featured in a short film from Front Range Freaks, Biscuit rocked our the world when he made steep rock climbs look easy, well at least for a four-legged pup.

“She’s got these short little toes that are nice and powerful,” said her owner Tom Kelly in the film.

Biscuit made the first ascent of many routes up to D7 on the Fountain sandstone of Eldorado Canyon, including Give a Dog a Bone D6.

There’s no doubt that Biscuit inspired a generation of dogs to see how far they could push themselves.

Sadly, in 2005, Biscuit was killed by a mountain lion, but Biscuit’s puppy Felix lives on. Watch below.