A fall 2019 attempt on Mount Everest led by a commercial guiding company has ended up in a lawsuit between climber Zachary Bookman and guide Garett Madison.

In the San Francisco Business Times, he responded to a request for a six-word memoir with: “I live for adventure and learning,” he also told the Silicon Valley Business Journal that his goals before he turned 40 included to “Climb great mountains around the world.” Madison insists that his $70,000 Everest climb was called off because of a dangerous serac overhanging the Khumbu icefall.  Bookman says that “There’s hundreds of seracs on the western wall of Everest.

It’s like walking through a forest, pick a tree and say, ‘The tree needs to fall.’ Literally eight days after [fellow client] Kristin [Bennett] and I wired [Madison] a large sum of money for high-altitude mountaineering, the trip’s over. We didn’t spend a single night out of Base Camp.”

Madison’s experience as a commercial operator is almost unmatched. He has guided 60 climbers to summit of Everest, guided K2 twice (the second time bringing no less than eight climbers to the summit) and made numerous fast ascents of 8,000 metre peaks.

He wrote on madisonmountaineering.com, that “I’m happy to say that nobody had mixed emotions about climbing under the Serac… It was plain to all of us (except Kilian) that the risk to human life was too high for us, given the precarious position of this ice cliff. Independent, professional climbers can afford, if they choose, to take high risks. However, as a professional mountain guide & expedition leader, I cannot subject my clients and staff to such risks. I appreciate how amenable our clients were in their understanding and agreement in this decision.”

Mountain Hardwear president, Joe Vernachia and the brand’s athlete Tim Emmett were also members of the trip. Emmett gave up his attempt after the danger of the serac was identified.  After all, in 2014, a serac fell and swept the icefall killing 16 Sherpas. The serac in question appeared to be even bigger than the one that fell in 2014. Only two non-Sherpa climbers, including fast and light alpinist Kilian Jornet were willing to climb beneath the serac.

On Sept.22, Emmett wrote on social media, “All through my life I have navigated risk. I try to make good decisions in potentially dangerous environments using education and my gut instinct to guide me. I’ve lost too many friends to turn a blind eye and plead ignorance… I lay in bed last night, awake for most of it contemplating our next move, knowing there was no way I could let myself and any of our team be subjected to this potential catastrophe.”

On March 27, Bookman filed a suit in San Francisco County Superior Court asking for $100,000 in punitive and compensatory damages. Garrett, states the lawsuit, “remained at base camp [after Emmett’s departure] to continue the charade that he was going to attempt the summit for approximately one month,” and promised Garrett a $50,000 refund for the trip in which Garrett and Bookman never left basecamp.

Madison Mountaineering clearly has a no-refunds policy, which they say is justified by the extensive pre-paid costs and fees for climbing the peak including purchasing $550 canisters of oxygen, booking Sherpas and “ice fall doctors” to maintain the route through the Khumbu icefall. “I’m not an unreasonable person,” Bookman said in a separate interview. “It’s just … wow, you’re going to take $69,500 from somebody for a five-day walk to Everest Base Camp? It doesn’t pass the laugh test.” Madison has filed a motion to dismiss Bookman’s suit, in which he claims that the suit should be settled in Washington State, his place of business, and that that he was willing to quickly return and resume the climb if the serac fell before the end of the season. 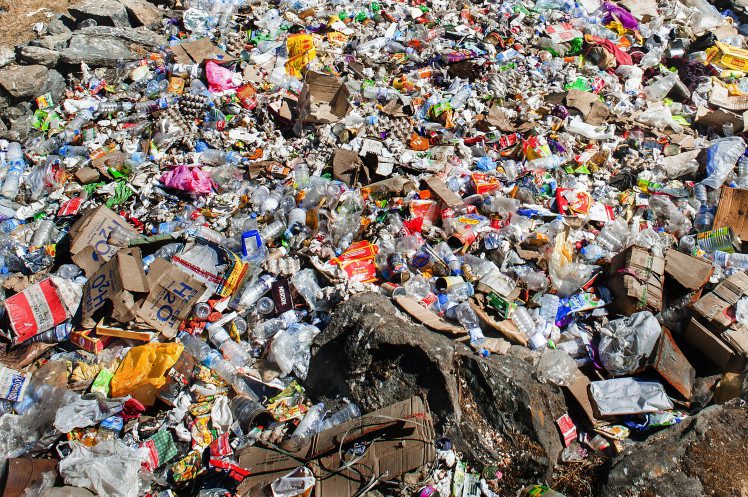 Since the early eighties, when commercial guides first offered to guide clients, including non-climbers, to the summit of Everest, the number of summiteers has increased from less than twenty to more 550 a year. The well-documented destruction of the mountain, which is now home to thousands of empty oxygen tanks, tents, hundreds of kilometres of fixed rope, thousands of pounds of frozen excrement, and more than 200 corpses, continues, although the privilege of climbing remains that of rich clients.

On their website, guiding company Seven Summit Treks make a special appeal to clients who have “a strong economic background to compensate for your old age and your fear of risks.” Business schools and brands see these trips as a model for business management. The Stanford University business school website, www.gsb.stanford.edu, records, with no irony, that Everest climber and Greg Penner, the chairman of the board at Walmart, told shareholders in 2018, “Going big, taking risks, never giving up and succeeding. That’s what Walmart –– that’s what you, our associates –– are all about.”

The outcome of the lawsuit remains undecided.