For the third time, head route setters from each gym – Chad Walker (SBP), Christine Deyo (ABP) and Canadian transplant Ayo Sopeju (MBP) – teamed up with a crew to set a final round of creative and tough boulders to challenge the top-tier athletes who showed up to compete.

Kiersch took the top spot once again on Saturday; she was the only competitor to finish two problems. The rest of the women all had one top, so ranking was determined by count backs and attempts. Vest’s flash of boulder four landed her in second place and Abigail York, who also flashed the problem, came third.

Condie and Johnson ended up in a very close 4th and 5th respectively. Interestingly, if the scoring had counted bonuses (zones) before attempts to top, as per the new IFSC rules, the final ranking would have been shuffled quite a bit.

Just like that, the third and final Bouldering Project competition @minneapolisboulderingproject comes to a close. Can’t stress enough how grateful I am for this community and how much I love competing at these events. My muscles are sore but so are my cheeks from smiling so hard. Can’t wait until the next one. Big hugs to all my family and friends in the wonderful Minneapolis for coming out to cheer. 💜⭕️ 📷: @jimmypaenkhay #itsapaddle #notanoar #obviously #hiveclimbing

For the men, Drew Ruana won the event with two tops, and the only send of problem three. Sean Bailey finished second with some impressive climbing, and Noah Ridge rounded out the podium in third. The problems were a tiny bit hard, but the climbing was still excellent.

And according to emcee Pete Woods, the Minneapolis crowd “was the best yet… They were amazing. Stayed involved the whole time… there was close to 500 people watching!” 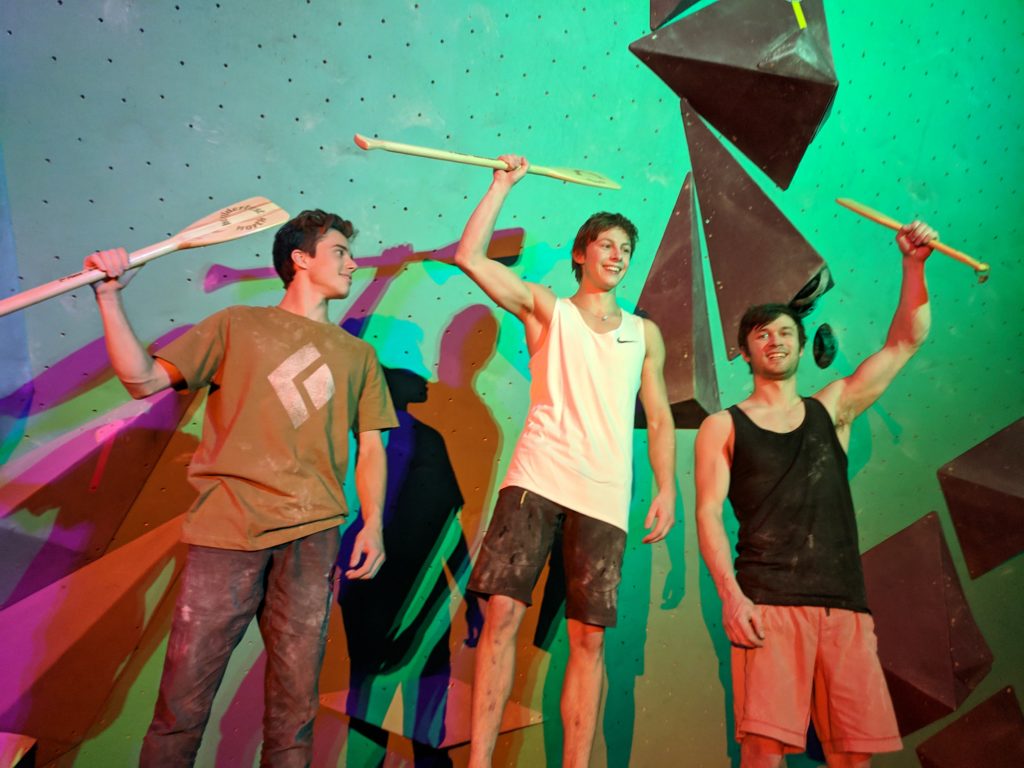 Das ma gurl 💜. Thanks to @minneapolisboulderingproject for such an awesome comp for viewers and competitors alike! I love my newer lens more and more everyday. #climbing #climbingcompetition #girlswhoclimb #boulderfestnorth2018