In 2006, the International Federation of Sport Climbing introduced BMI (Body Mass Index) screenings to address the problem of disordered eating among competition climbers. This process became a regular screening process in 2012. 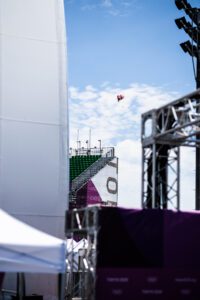 At its most basic, BMI is a person’s weight divided by their height, squared, or kg/m2. It was invented in the early 1800s by a Belgian named Lambert Adolphe Jacques Quetelet. He formed his formula based on population data from exclusively white men. This formula gives a number. The CDC and WHO value BMI numbers accordingly:

The IFSC checks the BMI of semi-finalists at their competitions. The numbers they look for are 18.5 for the men and 17.5 for the women.

Why BMI is flawed

Research has shown that BMI is not a useful indicator of healthy weight or obesity, although the scientific literature surrounding weight has tended to use the system. 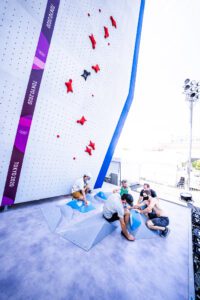 Between the BMI’s racist and sexist origins, the overweight and underweight misclassification of athletes, the presumption of there being a good weight, the medical field’s predisposition for its use in the classification of eating disorders, it is unclear why this method is used at all.

As originally published on ABC, “[The BMI] takes someone who felt like their health was fine, the lived experience of their body as non-problematic — except for maybe other people’s attitudes — they walk, talk, swim, whatever they want to do … and it tells that person ‘no, you will never have health while you are like you are’,” says Fiona Willer, a dietician who advises health practitioners on weight-neutral approaches to treatment.

“If we can stop labelling people as unhealthy immediately on the basis of their BMI, that would do a lot for helping those people to improve their wellbeing.”

The IFSC and BMI

The first instance of BMI testing by the IFSC occurred in 2006, became more popular in 2012, and became a common screening process in 2021. According to 8a.nu, the IFSC did not test in 2019, and “never on the youngsters.”

Between 2012 and February of 2021, the IFSC conducted 13 screens of semi-finalists. In total, 34 athletes were below the critical margin.

If an athlete falls below the critical margin, the IFSC sends a letter to that athlete and their National Federation. Only National Federations can prevent athletes from competing. The IFSC, in this regard, abdicates responsibility.

BMI says nothing about a climber’s health and only speaks about their weight divided by their height squared. As such, its continued use in sport is confusing. Maintaining the health of athletes is important, but with a metric like BMI, the health of the athlete is not necessarily addressed.

Furthermore, the IFSC’s choice to place the underweight BMI for women at 17.5 is odds with the World Health Organization recommendation of 18.5.

The IFSC has determined to screen for BMI at each Semifinals stage of each Lead and Boulder World Cup event. As of February 2022:

6.1 Once the BMI screening procedure is completed, the National Federation will receive within three (3) days from the relevant World Cup where the screening took place, an information letter regarding its Athletes’ status if the BMI screening figure is within the following observation frame:

6.2 Once the BMI screening procedure is completed, the National Federation will be ordered by the IFSC Medical and AntiDoping Commission to send the results of medical examinations (explained in Annex 1) within twenty (20) days from such notification if its Athletes shows a BMI/MI screening figure within the following observation frame:

Although BMI does not indicate health, the IFSC uses this data for those individuals with whom they have concern to require further medical examination to evaluate athlete health status. The IFSC said they will appoint a panel to evaluate medical documentation.