In a sport with as many variables as rock climbing, it should not be surprising that conditions rarely escape from crags’ most common conversations. Whether it is too cold or too hot, too wet or too dry, conditions are perhaps the most favoured of all climbing excuses and for good reason. Conditions matter. But what are “conditions”?

Conditions are anything that affects the performance of a climber on the rock on a given day that are variable between days. This is most easily described by weather conditions and most subtly defined by nutrition or skin thickness. Today we are going to analyze the many aspects of conditions and what they mean for the climber.

Temperature is one of the greatest indicators of poor or positive climbing conditions. The ideal temperature for climbing will largely depend on the discipline. The coldest temperature at which the climber can remain warm throughout the length of their climb is likely going to produce the best friction. With that said, if you are unable to stay warm between burns, this temperature, though producing the greatest friction for climbing, might be too cold to be practical. If you are unable to rest then it is difficult to fire off productive burns each and every time.

Generally speaking, bouldering handles the colder temperatures much better than roped climbing simply due to the amount of moves involved. A boulder can be as short as a few moves while a route can hold well over a hundred. Naturally, as the number of moves increase, so does the opportunity for cold hands. With that said, at a certain point, your hands begin to warm up again due to blood flow, but of course this does have a limit.

When deciding what temperature is best to go climbing in, it is best to understand which discipline you are pursuing and what that specific route entails. Recognizing your own preferences is also important due to the fact that a positive head space greatly increases your chances of ascending a route.

This is the one that many people often forget to consider. As you become a more experienced climber, you will begin to realize that this is often a greater predictor of performance than temperature, at least within a season. The general idea is that the climber prefers lower humidity, regardless of the discipline.

The reason for this is that humidity is defined as moisture in the air. The more moisture in the air, the damper the holds. Even a seemingly dry hold will be very wet after a couple of tries if the humidity is above 70%. Reasonably, the threshold for high humidity is very different wherever you are in the world. Southern Ontario hangs out at around a 50% humidity minimum with a few 20% or 30% days sprinkled in. Some places in the Midwest, however, see 35% humidity and recognize that to be high.

With all of this said, there are places, like Bishop, that are so dry that some of the routes benefit from hanging above the lowest possible humidity. This is often talked about in relation to the glassier grips of the harder problems, but is a transferable concept.

Wind has a drying effect on the rock. The greater the velocity of the wind, the more moisture is wicked away from the rock and the cooler the temperature of the rock. As wind speed increases, the perceived humidity of the rock decreases and, often times, the general ambient humidity also decreases. This is useful for when you are resting between burns.

The downside with wind, especially in the cooler months, is that it can drop the perceived temperature so significantly that it becomes difficult to stay warm.

This is one of those conditions that is easy to overlook but it has been said that good skin, on good rock can drop a climb’s difficulty by a full grade. Take that anecdote as you will, but the concept stands that thick skin helps the climber move up the wall.

The greatest reason for this is that thick skin allows the climber to dig the skin into the in-cut features of the rock without experiencing as much tearing or pain. To that effect, if the skin can be hard as well as thick, the tensile strength of the tips can aid in the amount of leverage a climber has to pull on the grips themselves. In addition, hard, thick skin allows the climber to burn more frequently in a session.

A person might argue that it is a question of pain tolerance and not skin thickness, however, thin skin is more porous than callused skin and worn skin exudes plasma as it tries to heal. Both sweat and plasma are inherently wet and decrease the climber’s ability to perform on the wall.

On the other hand, there are climbers that prefer a slightly softer skin than the bullet hard caps of antihydral prepped pads. This is a preference. Extra hard, or glassy skin might have difficulty digging into more friction based surfaces.

This is one of those subtle internal conditions that at first appears difficult to measure, but becomes easy to assess. The rule of thumb here is that if you are tired you need to rest more. It sounds so obvious though many motivated climbers will regularly climb most days a week. This isn’t necessarily wrong, depending on what your training looks like, but it requires the athlete to be conscious of how much energy they are using.

If you roll into the crag feeling tired, whether in the head or the body, you needed more rest before this session. Presuming that the outdoor days are intended to be your high-performance sessions, significant fatigue is not useful for a day of limit performance. Come to the crag psyched, rested, and fueled.

This is more general than any of the above, but essentially boils down to eating. You should eat and you should eat a lot. If you are climbing outside in optimal conditions, it is probably rather cold outside. If it is cold outside, you are burning calories just to stay warm. It might seem like a good idea to skip meals before your project, but you will not be any lighter, simply a lot more sleepy and a heck of lot less motivated.

Many people, our editor included, tend to eat less on climbing days. If you are a climber that is perpetually climbing or training, this concept does not make sense. You are always recovering for a session or preparing for the next session. Both of these practices require fuel. 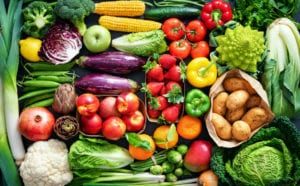