Kamloops, BC –  The Sport Climbing Association of British Columbia (SCBC) will be hosting a local Difficulty competition thisSaturday, March 15th at the Richmond Olympic Oval.

The event, called the “Spring Cling” is the third Difficulty competition of the season, with previous two events being held January 26th at The Edge Climbing Centre in North Vancouver, and February 22nd at The Boulders Climbing Gym in Central Saanich.   Results from those prior events may be found on the SCBC web site at www.sportclimbingbc.ca.

The SCBC season will continue on March 22nd with the final local Difficulty competition of the season at The Rock Wall in Maple Ridge, and then will culminate with the SCBC Difficulty and Speed Provincials that will be held at The Boulders Climbing Gym in Central Saanich on April 5th and 6th. 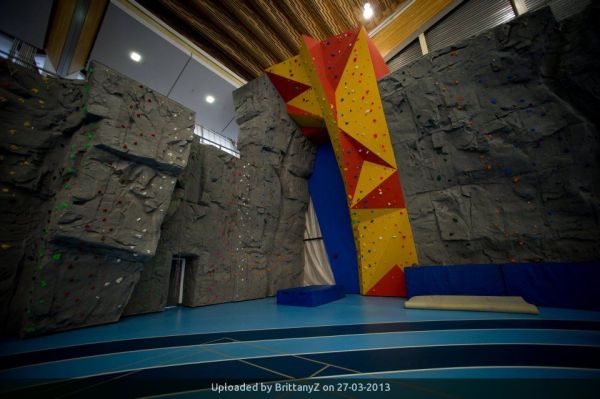 Competition at the 6,500 square foot climbing wall at the Richmond Olympic Oval begins at 9:30 am Saturday with the first of two qualifying climbs in the Open Women, Youth B Male and Experienced Male categories and at 10:00 am for all other categories.   Second qualifying climbs begin at 11:00 am, while final climbs in all categories begin at 4:30 pm, followed by awards at 6:30 pm.

The Richmond Olympic Oval is located at 6111 River Road in Richmond, British Columbia, just south of Vancouver and only minutes from Vancouver International Airport.   Spectators are welcome free of charge for all rounds.  There will be a spectator area with a very good view of the entire wall and all competitors.  Spectators are not allowed in the competitor area.  Further details on the Olympic Oval  can be found on their website at http://richmondoval.ca or by calling 778-296-1400.

The remaining 2013-2104 SCBC Competition Climbing Schedule is presented below:

About The Richmond Olympic Oval
The Richmond Olympic Oval is a breathtaking venue on the banks of the Fraser River and winner of the Institution of Structural Engineers top award for Sports or Leisure Structures. Home to long track speed skating during the 2010 Olympic Winter Games, the Oval has been transformed into the legacy vision first conceived by the City of Richmond in 2004 – an international centre of excellence for sports, health and wellness.  The Rocktopia climbing wall at the oval offers over 6,500 square feet of climbing surface, with routes from 25 to 45 feet (~7-15 metres) in height that challenge everyone from beginner to advance climbers.  Seewww.richmondoval.ca for more details.