Torrential rain, thunder, lightning and high winds was how I spent my first night in the MSR Elixr 3 tent. I was hoping to get some overnight showers to help determine the tents waterproofness, but 2 hours after tearing the tags off, the skies opened and the testing began.

MSR has been making tents of all kinds for a long time. From single pole tarp shelters to alpine basecamp tents, they seem to have a tent for any occasion. I chose to test the Elixr 3 because it looked to be a very versatile option for camping next to your car on road trips, beside a crag in a provincial park, or deep in the backcountry on an unnamed lake.

Coming in at just over three kilograms, the Elixr 3 isn’t quite as light as it’s sibling the Hubba Hubba 3, however it is made with heavier more durable materials that should help this tent last a long time. The tent comes equipped with two doors and vestibules that are plenty big enough to store a pack and pair of boots out of the rain. A footprint is also included which will help protect the floor from any sharp debris or abrasive surfaces.

The tent is pretty straightforward to set up. It comes with three aluminum poles, two of which are paired together with hubs. The poles and grommets are all colour coordinated, so you know which poles go where and what to attach them to. The rain fly is easy to align as well thanks to the all red vestibules. 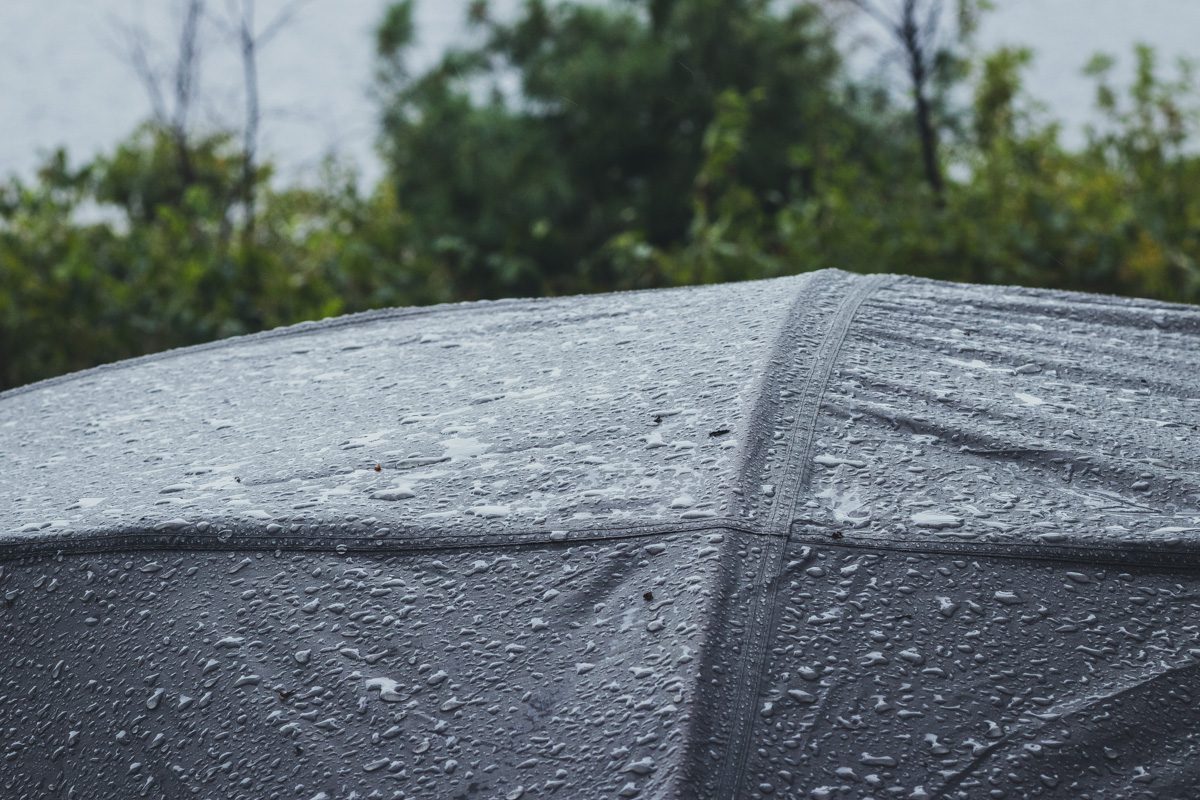 There’s also an option of pitching the rain fly and groundsheet alone together as a shelter. A good option for a quick reprieve from a passing storm. The tent comes with several lightweight pegs and you can cinch down the fly at each of the 4 pole grommets, as well as the four (two on each side) vestibule anchor points.

The two triangle shaped doors open easily with one hand when the tent is pegged down and tensioned. The zipper pulls glow in the dark which is a nice touch for those late night bathroom trips. The vestibule doors have a two-way zipper to help with ventilation if needed. The fly also has two vents that can be opened and closed depending on temperature. On the inside the Elixr 3 has plentiful headroom and the tent is quite livable for two people and a dog. 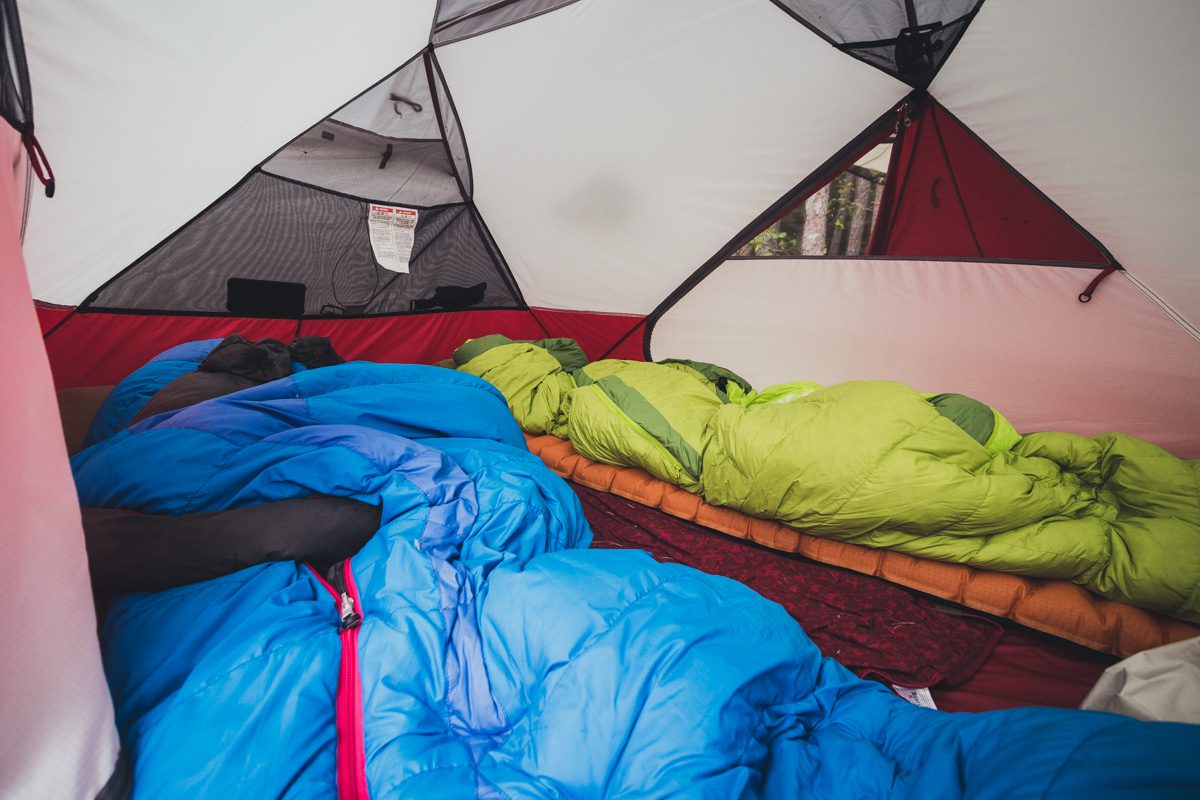 At six feet tall, I can sit up and change shirts without touching the side of the tent thanks to the very steep internal walls. As with most 3 person tents, having three adults sleeping together would be doable but a tight fit. There is plenty of storage on the inside. Two very large mesh pockets, one at your head and one at your feet are big enough to store just about anything. The two smaller mesh pockets on the roof make for great headlamp or phone storage.

At this point I’ve spent more than a week living out of the Elixr 3. As I mentioned before the very first night it endured a pretty severe thunderstorm and held up well. The structure seems to be strong and wasn’t getting blown out of shape. We stayed completely dry after hours of heavy rain. So much that there were puddles surrounding the tent, but no water sneaking in. 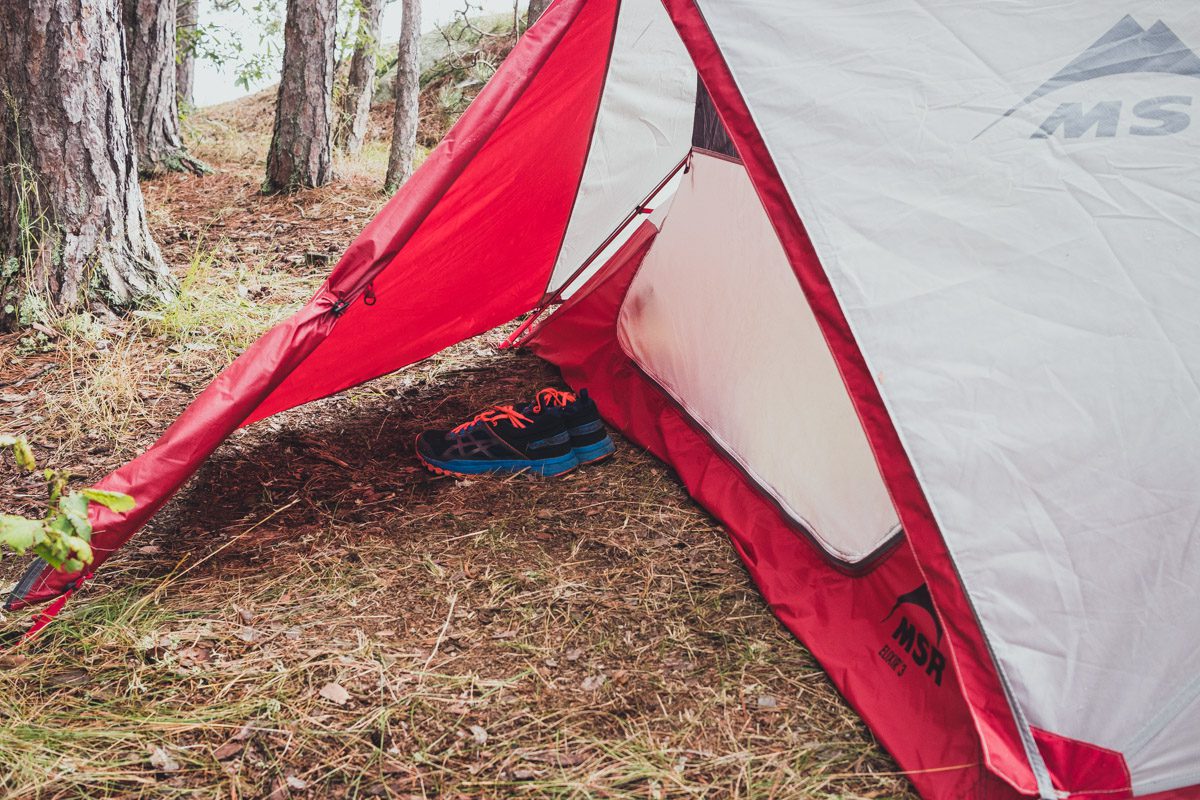 On warm clear nights there is enough mesh that you can take the fly off and sleep under the stars. On some of the colder nights we did notice some condensation on the fly when we were packing it up, however everything on the inside remained dry, which is more than I can say for some tents that seem to hold in more moisture.

Setup and teardown is quick and intuitive, which helps a lot if you are trying to pitch or stow before the rain hits. I have also grown to like the red and white colour scheme. The white really brightens things up inside the tent in low light eliminating the need for a tent light in some situations.

If you’re looking for an uncompromising ultralight style tent, you will likely be better served with something like the Hubba Hubba line from MSR, however if you are looking for an affordable, feature rich and durable tent that will last a long time and handle the elements, the MSR Elixr 3 is worth a look. 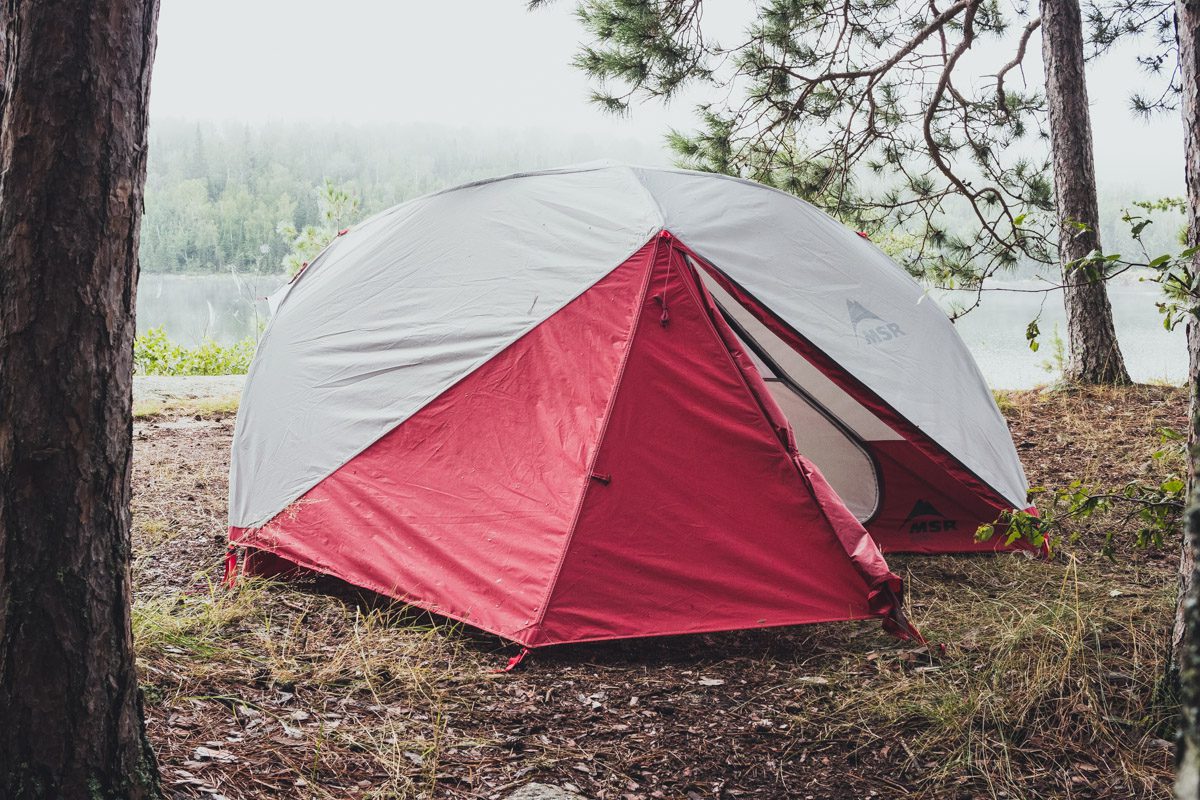