The 1980s were a pretty revolutionary time in the world of rock climbing. If you are a generation-X rock climber, you may remember these landmark events, people and places in climbing history from the 1980s.

In the early 80s, Boreal introduced the first sticky rubber climbing shoe: Firé. These game-changer shoes helped the Spanish climbers Miguel and José Gallego open Mediterraneo, the first non-American route on El Cap in Yosemite. Many climbers at Camp 4 were impressed with the shoes, including resident Valley legend, John Bachar. “By spring of 1983, Bachar had teamed up with Boreal and the Gallegos brothers to import 265 pairs to be sold at the Yosemite Mountain Shop. Within the first two hours of trading on the first day of sales, they had sold every pair!” See more here. 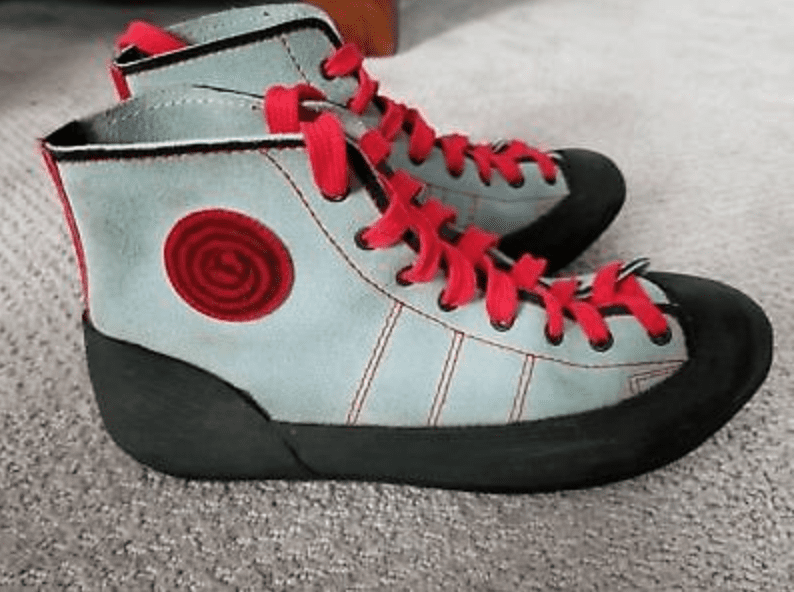 After the first World Series event in 1988 and the first World Cup event in Speed and Lead in 1989, the sport climbing competition circuit was officially recognized by the UIAA (Union internationale des associations d’alpinisme) and a new organization was created to be responsible for training officials and establishing rules. See more here.

With sport climbing rising in popularity, the 1980s were rife with debates among sport and trad climbers over any and all aspects of the two disciplines. There was a veritable climbing culture clash.

Traditional climbing was raised up for being more pure, more hard-core and mentally challenging, while sport climbing was celebrated for allowing climbers to push their physical limits, expanding the possibilities for new routes and being safer.

Before the 1980s, hanging on your rope mid-way up a route to figure out a sequence was not standard practice. This was a practical choice as well as an ethical one. But with bomber bolts and the benefits of trying hard moves while fresh (after resting on the rope), hang-dogging became a widely-used approach to working out the beta on routes, which led to harder red-points.

*Some argue that Punks is 8b and that Antoine Le Menestrel climbed the first 8b+ (‘La Rage de Vivre’ in Buoux, France) in 1986.

If one thing could define rock climbing in the 1980s it might very well be the fashion: loud colours, animal prints, and lycra – bright, colourful lycra, primarily donned by the hard climbers of Europe (see photo of Gullich above and of Tribout below).

Smith Rock in Oregon is considered as the birth place of sport climbing in the United States. It is the home of North America’s first 5.14a, ‘To Bolt or Not to Be’, climbed by Jean-Baptiste (“JiBé”) Tribout in 1986. The send of this hard route helped legitimize sport climbing as a sport.

Rock climbing is traditionally a male-dominated sport and while there have always been female climbers, records of their feats from the early years are hard to come by. In the 1980s, more and more female climbers were making a mark in the climbing scene.

The first artificial climbing wall appeared in Sheffield, England, in the mid-1970s, followed by an indoor “hall” of artificial walls in Italy. Indoor gymnasiums then opened up all across Europe.

In North America, the first indoor gym opened in 1987. It was originally named Vertical Club and is now known as Vertical World, in Seattle, Washington. Read about its 30th birthday here.