At the end of the semi-final round of the 2015 IFSC Bouldering World Cup in Toronto, Frenchmen Jeremy Bonder and American Alex Puccio stood atop the leaderboard, but the finalist are grouped so tightly together, it will certainly be anyone’s game at this point.

The semi-final round was a tensioned filled affair, with moments of near misses and last minute sends, making for high drama. With the task of whittling down the field from 20 to 6, Head setter Jamie Cassidy and the setting team, which includes Canadians Fred Charron and Tonde Katiyo, had to be ruthless. Charron explains, “we wanted to have a good variety of styles, so the best six climbers today go through to the next round.”

Katiyo added, “We turned it up from our original intended level, but only a shade, we weren’t that far off.”

Katiyo went on, ”basically we want as few ties as possible, because we want to go into finals with a little buffer to be able to set for the (final) show comfortably. If any rounds has to be really hard for the climbers, the semi finals is the round to do it in.” 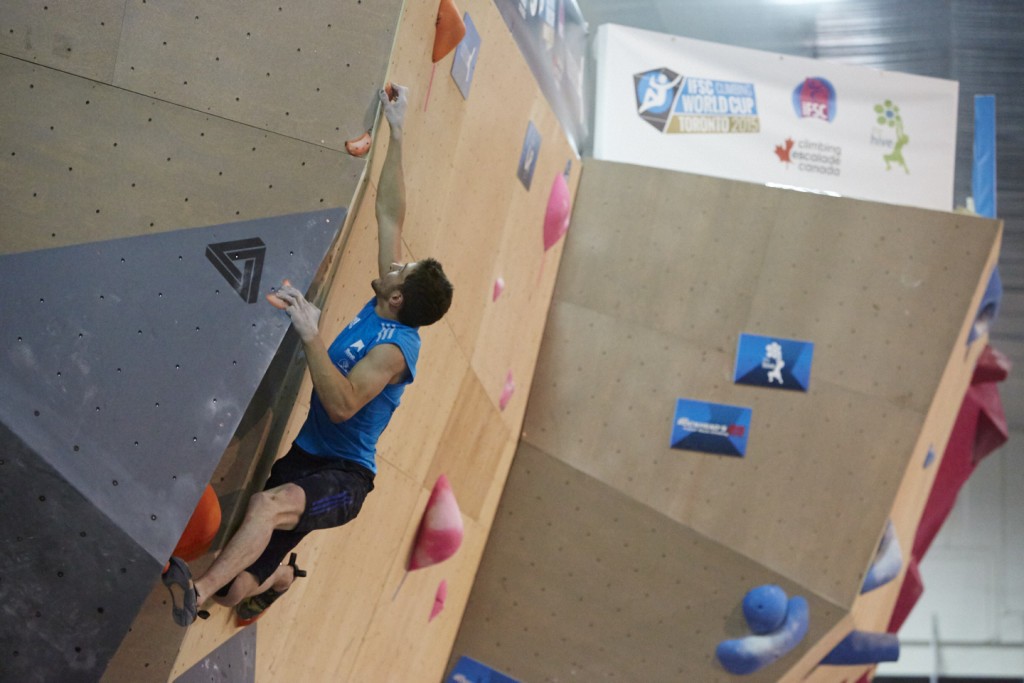 For the men, the top five all sent 2 problems in 3 attempts, leaving only bonus held and attempted to separate them. Jeremy Bonder of France and teammate Alban Levier are tied in first place, but Adam Ondra (CZE) and Jongwon Chon (Kor) looked at least as good during semi-final. Reigning double World Champion (Bouldering and Lead) Ondra, will be familiar to everyone.

Chon has less of a track record at the top level, but he did have a breakthrough in Toronto last year, making finals for the first time, and finishing in a solid 4th place, he repeated the feat again in China last year. If his luck holds, the whip thin Korean looks poise to make another breakthrough in Toronto, and get on the podium here.

The semi finals produced some big upsets, with established stars struggling, showcasing the depths of talent at the World Cup level. Last year’s winner Guillaume Glairon Mondet, who only squeaked into semis, looked uncomfortable throughout, unable to get into any sort of a rhythm. While Slovenia’s Jernej Kruder and overnight leader Jakob Schubert (AUT), both of whom looked so strong the day before, were completely shut down by the first three problem, only managing to flash the final problem, which almost everyone sent. 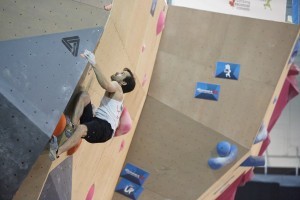 According to Canadian Jason Holowach, one of two Canadians to make it to semi along with Sean McColl, the problems, “were definitely physically more difficult, I didn’t think they were that tricky. Maybe #1 (a dead vertical no hands traverse into large volumes) there is some cryptic sequence to it, but even then I think its just (a question of) balancing on your feet.”

Holowach is already looking ahead to the World Cup in Vail, in just a week’s time, “Between now and I Vail, I won’t do too much. I will give myself a day off, maybe do a light circuit on Tuesday, and then just rest until Vail.” As for the rest of this World Cup season, which Holowach has committed to, he will “focus on flexibility and staying injury free… the worst thing I can do right now is go in and train again for another event, and if I hurt myself in training, I’ve wasted a plane ticket.” 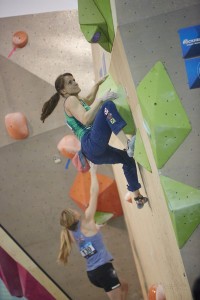 The women’s semi final was perhaps even more hard fought than the men, with all of the competitors making multiple attempts on every problem, knowing they need the sends to secure a berth in the final. Austrian star Anna Stohr said, “I like the problems in general, but they were really long, so I was really pumped. And I needed too many attempts, so I was even more pumped.”

Stohr nearly missed making the cut for finals, she was repeatedly spit off on Women’s problem 4 without making bonus, the steepest wall with a series of large featureless volumes. Recounting her final attempt, Stohr said, “I knew I had to climb it, and I just said to myself “Ok, if you want to be in finals, you better try hard.” I am really happy it worked out because it was really close. But now I am definitely going to use my ticket in finals.” 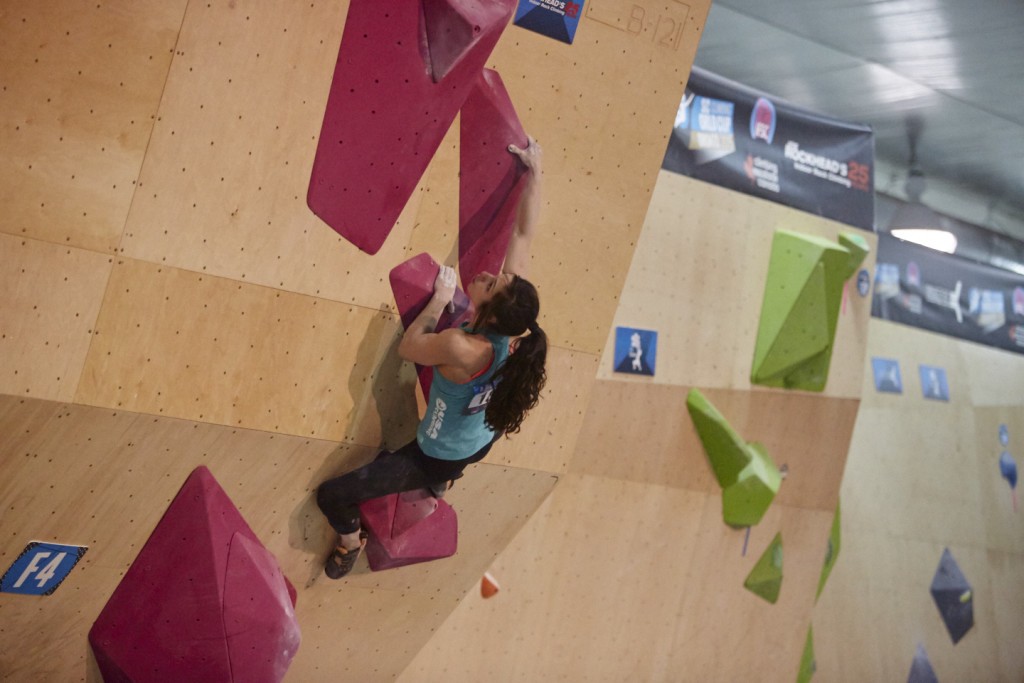 Alex Puccio in contrast, had no such problems, and cruise into final in first place with 3 flashes. But Puccio is taking nothing for granted as she heads into finals, “I am psyched just to make finals. Of course I would love to stay in first place, and I am going to try my hardest to stay in that spot. I have to tell myself it’s okay to go last, and hearing how everyone else does.”

The finals will take place at 5pm EST, with athletes presentation, followed immediately by competition at 5:15, live stream available here.