“If the wall is to be done- we will do it-or stay in it” These words from Edi Rainer and Willy Angerer proved true of the Eiger North Face in 1936 – they stayed in it. That kept the four German/Austrian alpinists Anderl Heckmair and Ludwig Vörg, Fritz Kasparek and Heinrich Harrer from fulfilling their plan: on 24 July 1938 they reached the summit of the Eiger North Face.

75 years ago the four alpinists were the first men to climb the Eiger North face. At the time they did not know if they would succeed: previous to Edi Rainer and Willy Angerer seven other alpinists had lost their lives. In the words of the Grindelwald gravedigger “I can already see – you are Eiger candidates – I will start to dig your graves”, as Heinrich Harrer commented in an exclusive interview with the newspaper “Berner Oberländer”, these statements were not exactly encouraging. However, the four alpinists did not let it discourage them and they braved the dangers of the unpredictable North Face. After four days, exhausted and full of pride, they reached the summit. In his eyes the image of the Eiger did not change for Heinrich Harrer, just his life: “The Eiger was for me the ultimate springboard from which to escape the war in Europe.”
The myth of the Eiger North Face remains. Nowadays you can even book an 8,000 meter adventure ascent. On the anniversary of the conquering of the North Face no mountain guide will say, “I will go with you through the wall”. With this statement Heinrich Harrer was right, though over 40 journalists from all over the world participated in the anniversary and some had the opportunity to hang overnight in the North Face in a bivouac. 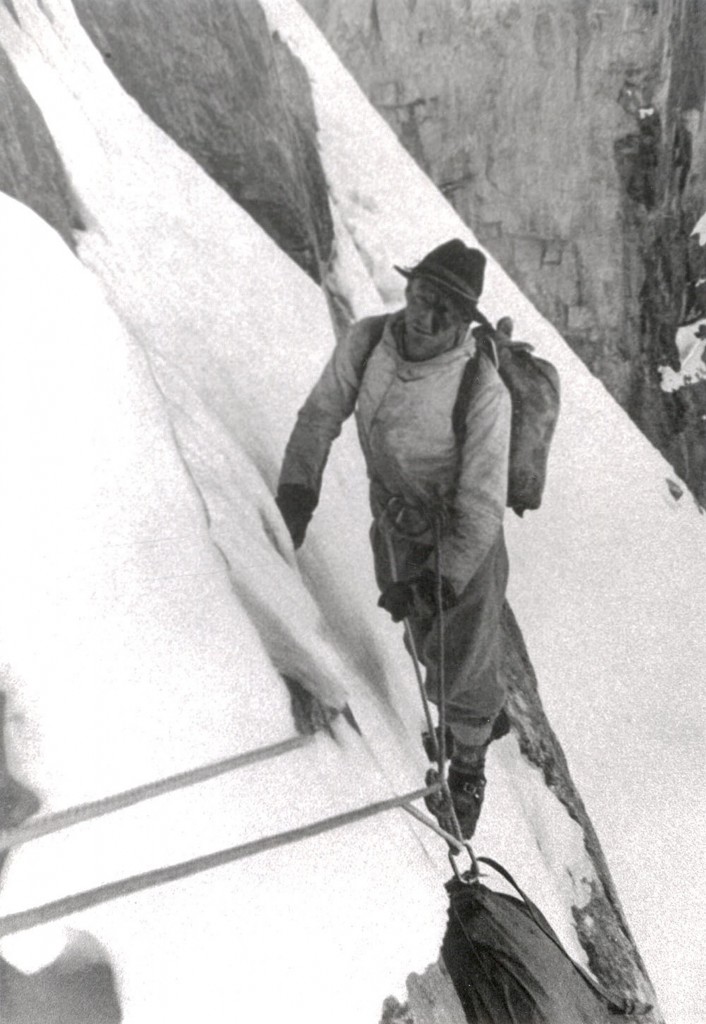