Chad Kellogg, 42, was killed form a rock that was dislodged by a rope on Fitz Roy. He was based in Seattle and ran a construction company.

He had speed records on Denali and Rainier, and won the race up the 7,000-metre Khan Tengri in Kyrgyzstan, and made two attempts to break the Everest speed record. In 2008, he and Dylan Johnson climbed a 72-pitch new route on Siguniang in China. Kellogg soloed a new route on the south face of Aconcagua in Argentina in 2009. Kellogg and Johnson did the first ascent of the 6,000-metre Seerdengpu in China in 2010.

In January 2013, he and Colin Haley did the second ascent of the Corkscrew Route on Cerro Torre, climbing the Patagonian spire without using any of the controversial protection bolts placed by Cesare Maestri on the southeast ridge. In the fall of 2012, Kellogg and David Gottlieb were in Nepal and attempted Lunag Ri.

Patagonian climber Rolando Garibotti wrote on Super Topo, “Over two days Chad Kellogg and Jens Holsten climbed the Afanassieff Route on the NW ridge of Cerro Fitz Roy in southern Patagonia, reaching the summit in the late afternoon of Feb. 14. They started the long descent via the Supercanaleta. While pulling down their ropes, on the third rappel down, one of them got stuck. As they pulled to retrieve it the rope dislodged a block which hit Chad. He died instantly. It was 9 p.m. Holsten continued the descent alone through the night, reaching the base early in the morning to then continue to El Chalten, the nearest town. Because of the complexities of the location a body recovery will not be attempted. The world will undoubtedly be much poorer without him.”

It was only two years ago, on Jan. 15, 2012 that Canadian Carlyle Norman died from rockfall on Aguja Saint-Exupery. Our condolences to Kellogg’s family and friends. 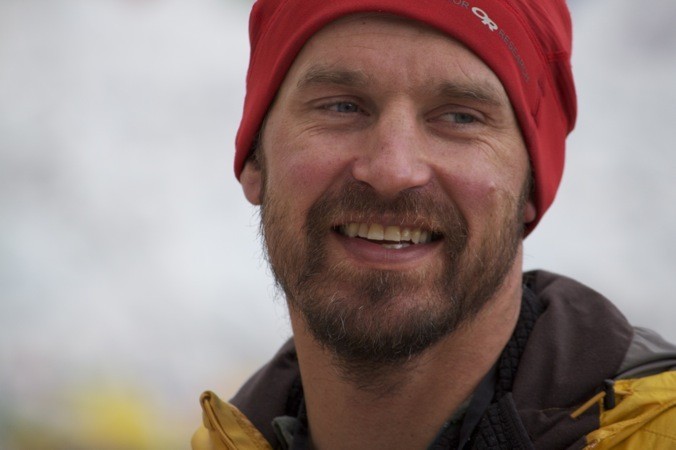