This week it is the Youth A Boys. 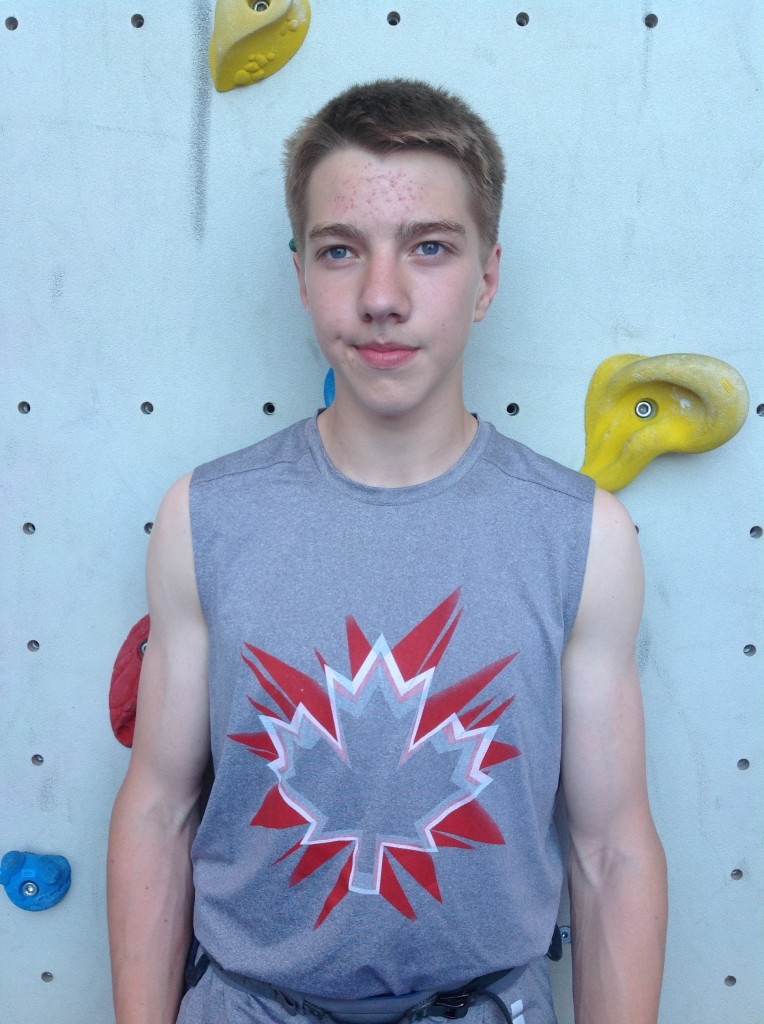 Dimitri Karaman is based at the Calgary Climbing Centre in Alberta and has been on the National Team for three years. He placed second at the Youth Nationals and Youth Cup. He has attended the international events: WYCC Singapore 2011, NACC Montreal 2008, and the PanAm Chili 2012 He has been training for eight years, about five day a week or nine hours. Cardio and weight training go hand-in-hand with climbing for him.
“I would like to make into semi-finals and place in the top 20,” said Karaman. 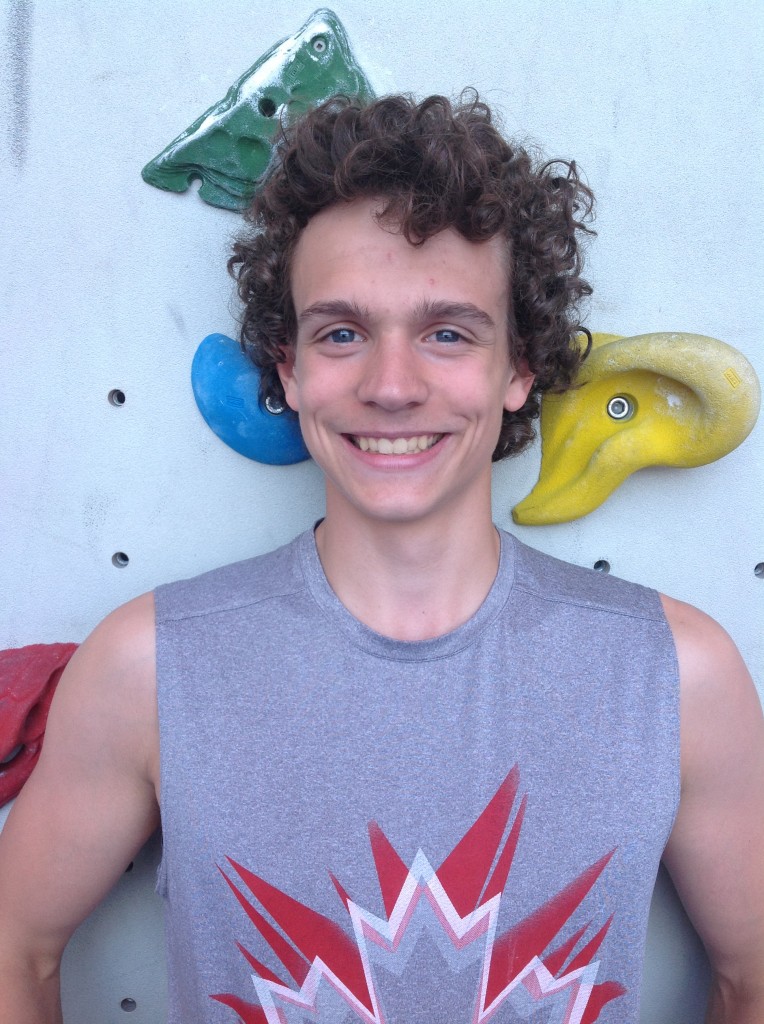 Charles Sirois is based at Altitude Gym in Ontario and has been on the National Team for one year. He placed third at the Youth Nationals and Youth Cup and trains about four days a week, for the past two years.. He also weight trains and for drills does 45 to 60 moves on an inclined wall.
“To climb as well as I can, do the best possible and be happy with my results. Also attending WYCC is an opportunity for me to develop myself in climbing and competing,” said Sirois 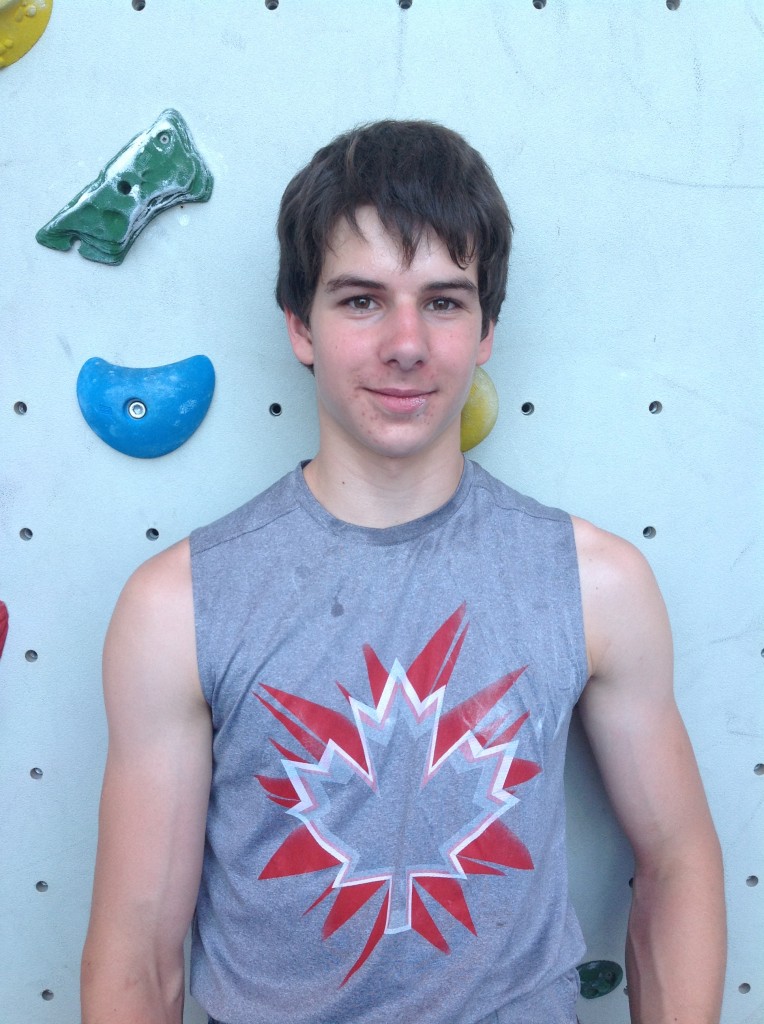 Nathan Smith is based at Boulderz Climbing Centre in Ontario and has been on the team for a year. He placed fifth at the Youth Nationals and fourth at the Youth Cup. He has been training for two year, about 16-hours over four day a week. For drills he visualizes his technique when trying to red point a hard route, especially when onsighting.
“My goal for the WYCC is to leave with peace of mind achieved through self-satisfaction. I think I could achieve this by climbing the best I can and not let nerves get in the way, which happened at Nationals,” said Smith. 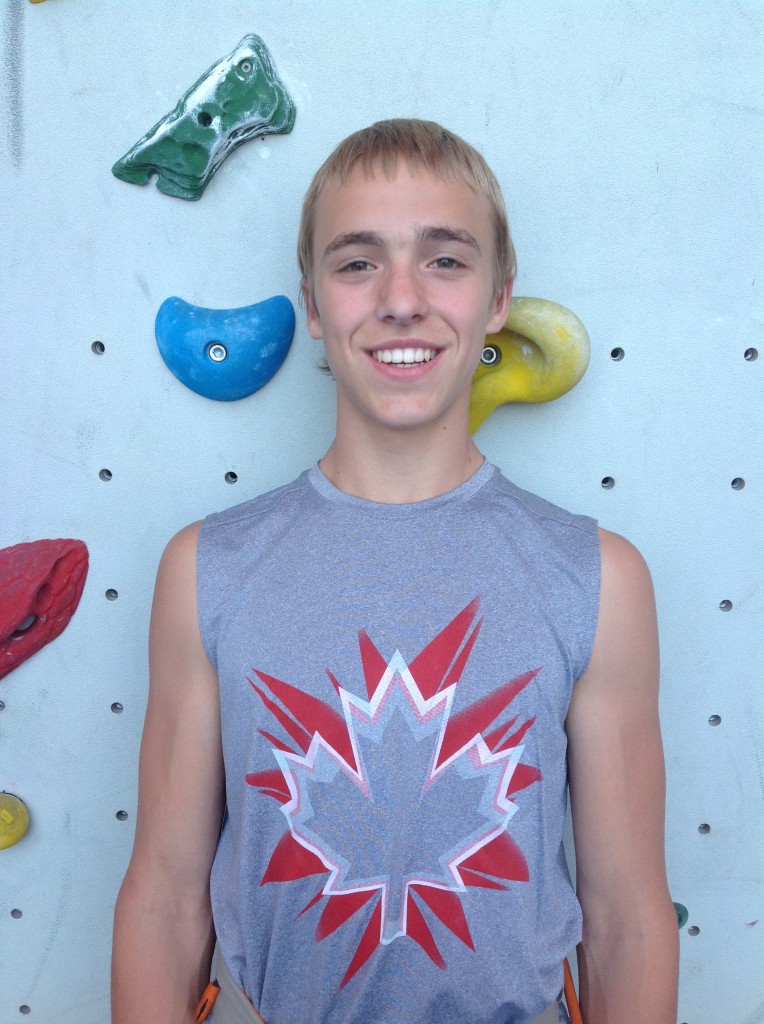 Tristen Gosselin is based at The Boulders, BC, where the Worlds will be held next week and has been on the team for two years. He placed sixth at Youth Nationals and ninth at the Youth Cup. Internationally he has competed at WYCC Singapore in 2012 and PanAm Chili in 2012. He has been training for three years, five days a week. For competition preparation he likes to get a good sleep before the event day.
“My goal for speed is to put up a sub-10-second time. And my goal for lead is to be able to look back at what I did and say I did my best and I wouldn’t have changed any decisions on the wall. 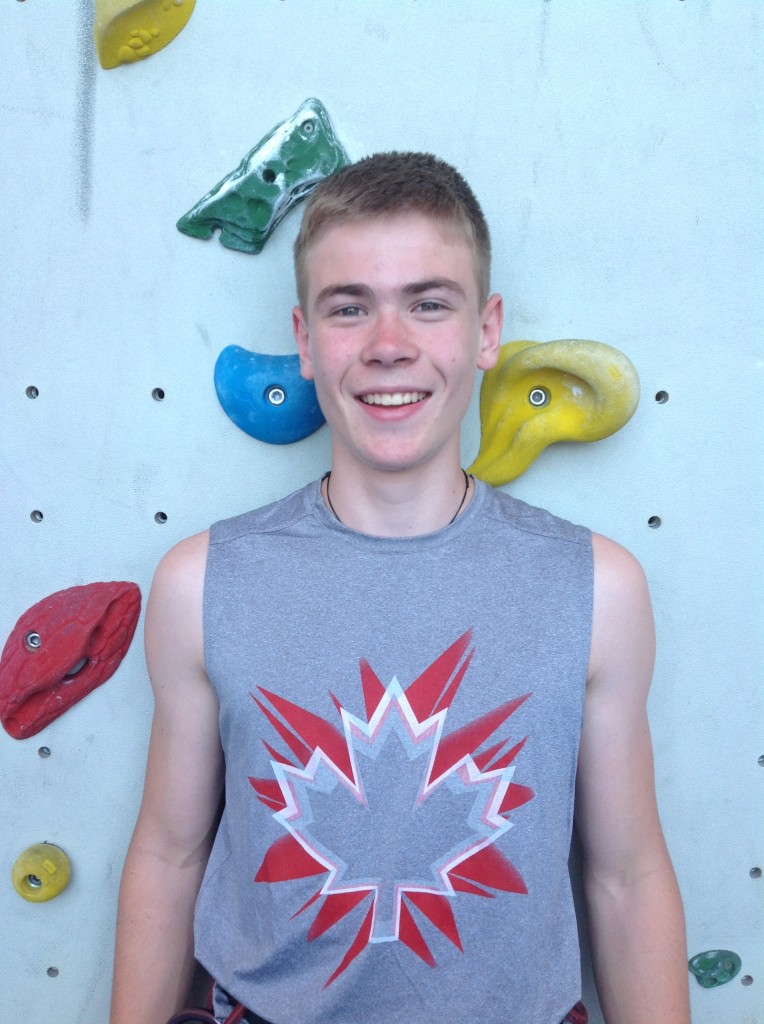 Andrew Funk is based at the Rock Jungle Fitness in Alberta and has been on the team for three-years. He placed seventh at the Youth Nationals and Youth Cup. Internationally he has competed at WYCC Singapore in 2012, WYCC Austria in 2011 and PanAm Chili in 2012. He has been training for five-years, four days each week and up to ten hours over those four days. As a drill, he relives the climbs, mentally reviewing each move.
“As an alternate I want to prepare my mind and body to be ready to replace anyone that is no longer able to climb, and to perform at my peak,” said Funk.