Canadians Gord McArthur and Nathan Kutcher made it to semi-finals, but did not make it to the final round.

The UIAA Ice Climbing World Cup in Busteni, Romania took place at a ski resort about 130 kilometres north of the capital Bucharest. The finals came down to the last climber, Maxim Tomilov, who climbed his way into first place, leaving world champion Park Hee Yong in second. It was an exciting second round on the ice climbing world tour. Shin WoonSeon won for the women’s lead said, “I train five hours a day and now I have won a gold medal!” The first round took place in Korea, for results see here. The next stop on the tour is on January 24 and 25 in Saas Fee, Switzerland. 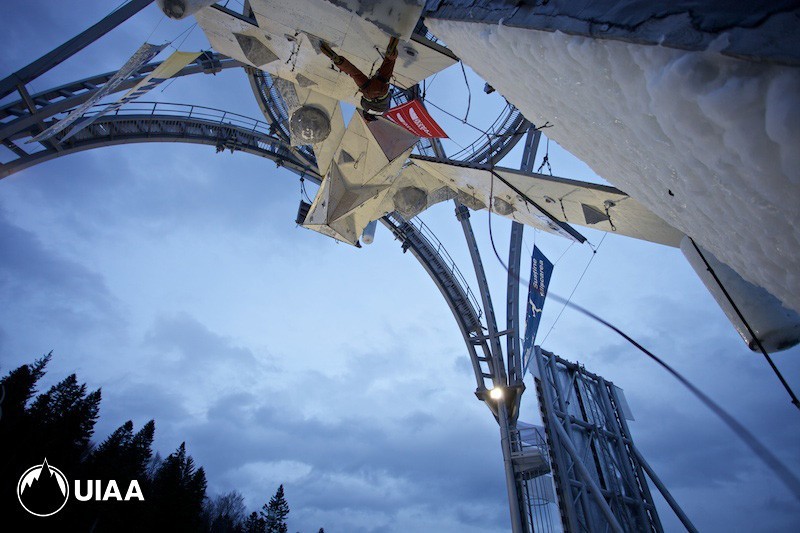