In September 2014, Daniela Teixeira and Paulo Rox made an attempt on Shivling in the Indian Himalayas. Their decision to bail was timely, as the following day a storm came that killed 40 people in Nepal.

Teixeira and Rox’s initial plan was to attempt the unclimbed east spur of Meru, but plans changed because conditions were too dangerous. They opted for the unclimbed north spur of Shivling. 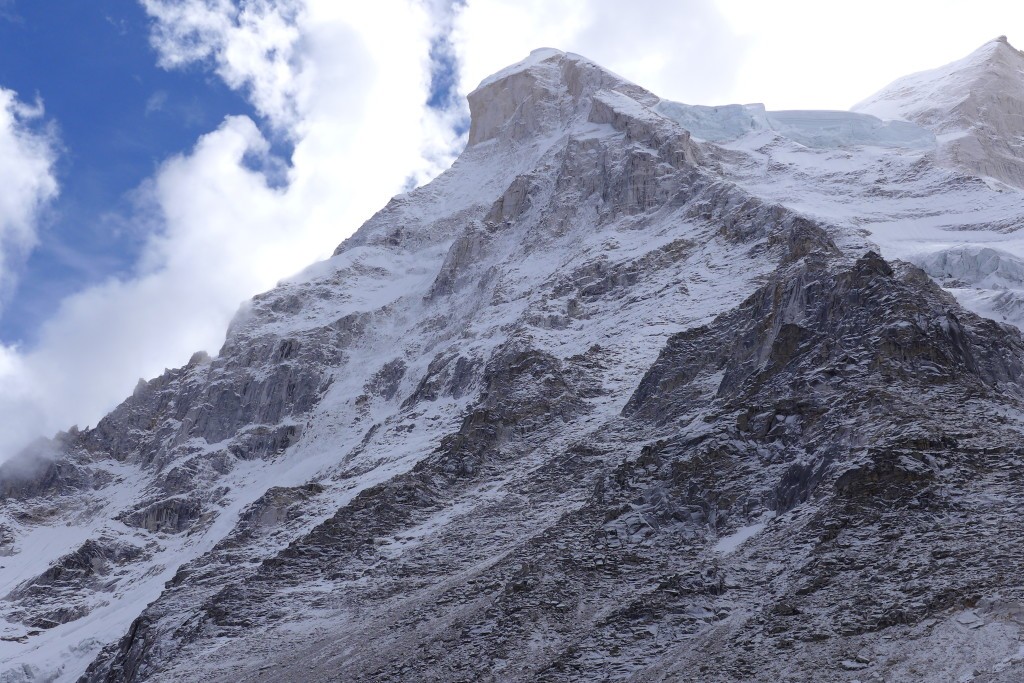 On their first attempt they started climbing at about 5,000 metres up a mixed now and ice gully they called Star Gully, “A small tribute to our home’s highest mountain, Serra da Estrela (Star Mountain),” said Teixeira. “The gully had plenty of small ice sections. The climb wasn’t hard and the granite on both sides as well as the ice sections offered plenty and easy places to protect.”

After bivying at 5,500 metres, on the top of a spur they awoke to nice weather. “As soon as we started to climb, a surprise came in the form of totally unconsolidated snow covering steep granite slabs,” said Teixeira. “We buried until our crampons scratched those slabs and since on this section the opportunities to place protection were scarce, what from below looked like an easy climb, became too risky. We insisted, but were continuously forced to move leftwards trying to find a possible gap between slabs that would allow us to gain some altitude. Finally, after two hours of efforts and only 150 m of upward progress we were forced to accept defeat. We were psychologically beaten. We decided to abandon Shivling for good and returned to base camp with all our equipment, leaving absolutely no deposit on the foot of the mountain.” 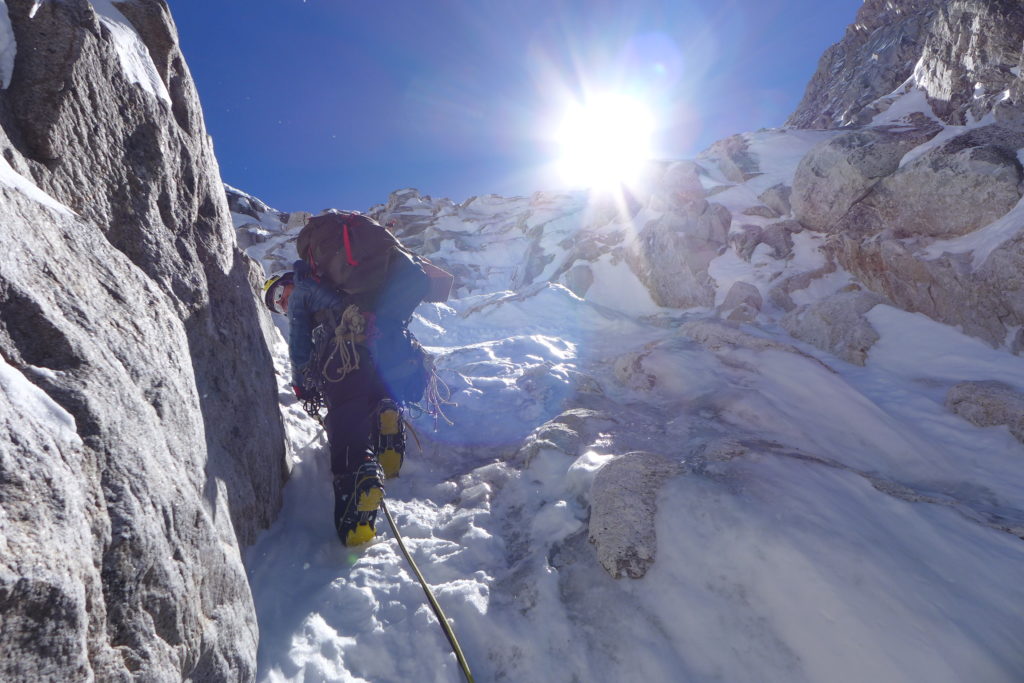 After three days, they opted to try the route again. At base camp there was a commercial international expedition with some members from Germany. “When we told them our idea of trying a new route on Shivling,” said Teixeira,  “one of the guys pulled out some paper photos and asked, ‘Is this what you’re looking at?’ To our surprise, there was a line drawn in one of the photos, very similar to the line we imagined. Daniela looked at me in disbelief. “This last May, some friends of mine came here to try this route.” said the German, “but finally they climbed another line”. All the surprises and doubts were still there. “For us,” said Teixeira, “it was still true exploration. Full on adventure.”

The first day, Oct. 11, went according to the plan and they repeated their Star gully. “On the next day we started at five a.m.,” said Teixeira, “with the aim to climb as close as possible to the spur. One of the reasons was to avoid being exposed to the serac barrier hanging above. We climbed a bit of everything, rotten snow, hard ice and some easy mixed climbing. The spur didn’t take too much time and three-and-a-half hours, later we reached its edge and started to look for a place large enough to fit our bivy. At 5,800 m, just on the top of an impressive ice chimney falling into the abyss, we managed to build a tiny platform we called the Cookie Bivy.

On the third day, after simul-climbing in the dark, they reached steeper terrain. “When the sun was rising behind the mountains and we started to see something beyond,” said Teixeira, “we could see the way we found from base camp. Then, we reached the worst place in the world, as we were directly below the big serac. We would have to do a long, almost horizontal traverse, always below the menacing seracs to regain the north spur. The exposure to that threatening ice wall was massive. From that point our route converged with the one climbed by the German team. The ice wall above was overwhelming, we had to be quick.”

When they started moving again, the ice became harder than expected with a thin layer of snow covering it. At first they had no trouble and the crampons were just doing their job, but soon the problems started. “Ice climbing is normally better than slogging in deep unstable snow, but front-pointing a huge traverse of 55-degree concrete ice, with a backpack on, at 6,000 m is a huge effort,” said Teixeira. “The hard ice slowed our pace, but we felt we could manage it. Nevertheless, the serac was scary and we had to move somewhere fast. Up or down we had to run away from that place very quickly. We concluded the faster way was… down!”

The descent took an extra day, but was worth it. The following morning brought one of the worst snow storms of the year, it killed 40 trekkers in Nepal. “It was a perfect attempt, we walked away happy with our time on the mountain,” said Teixeira.